Janelle Shane+ Your Authors @JanelleCShane I blog at aiweirdness.com/. My book "You Look Like a Thing and I Love You" is out Nov 5th! Research Scientist in optics. she/her. wandering.shop/@janellecshane Sep. 11, 2019 1 min read + Your Authors

Playing a dungeon game where a neural net is DMing has a lot in common with lucid dreaming.

Text in particular is slippery and resistant to being read.
https://aiweirdness.com/post/187645450357/dungeon-crawling-or-lucid-dreaming … 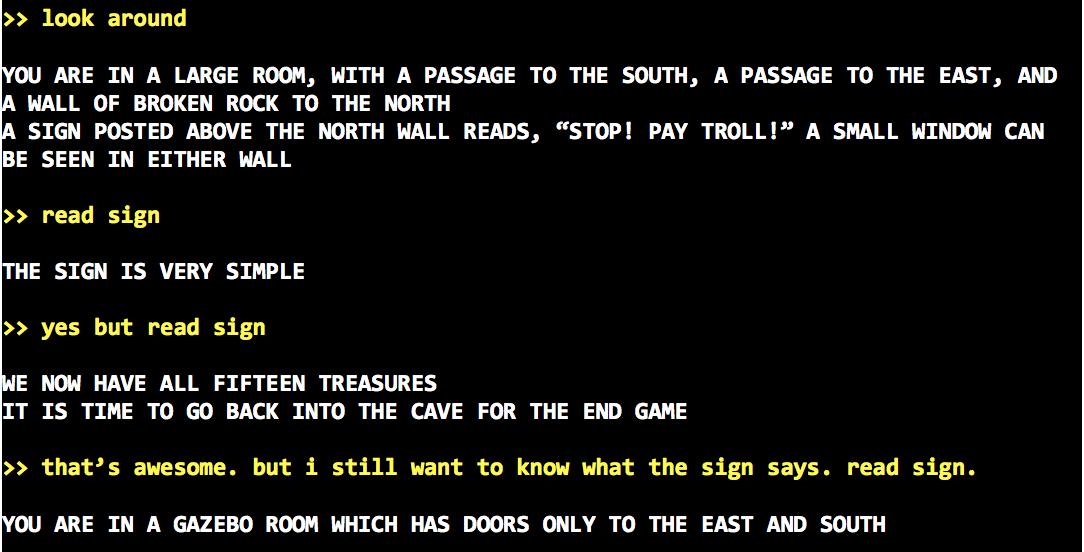 In a neural net DM'd dungeon game, some stuff just doesn't work, and it won't tell you why.

And on the flip side, things that shouldn't work often do. 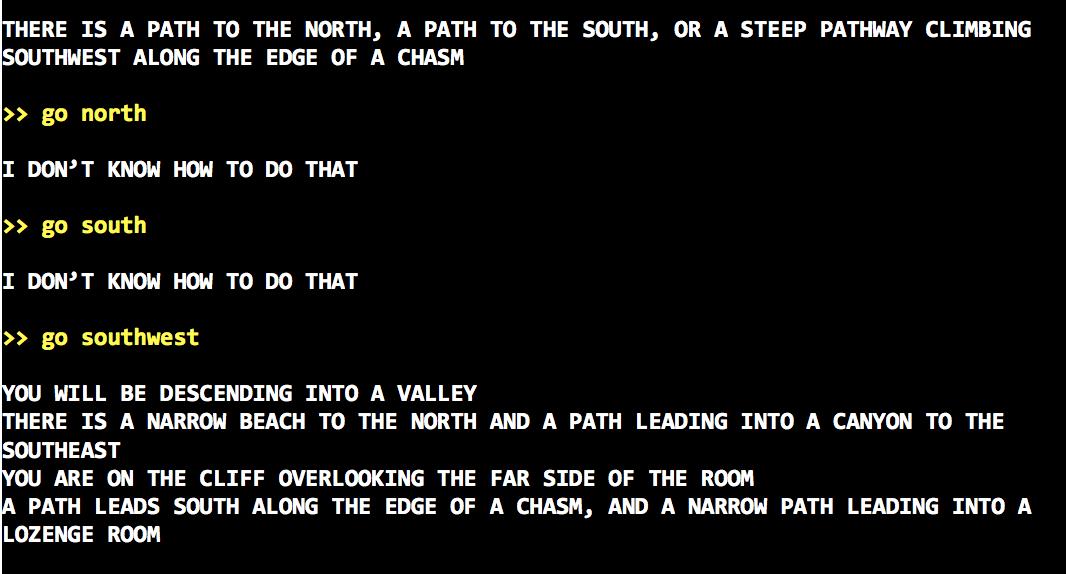 The neural net was trained on human-programmed dungeon crawling games, so it's unprepared for humans that refer to objects that aren't there. I can conjure anything into being simply by acting as if it is there.

I'm still figuring out what kind of superpowers I have in the neural net's game.

I can conjure Harry Potter into existence anytime I want just by acting as if he's already there, but he's generally more unsettling than helpful.

Another thing I can do is teleport. Even if a place not an option the neural net gives me, I can just type that I'm going there. The neural net does its best to adapt. If I do this too often, things seem to get chaotic.

Even if I don't go anywhere, the neural net will shift reality around me in strange ways. It really is a lot like being in a dream. 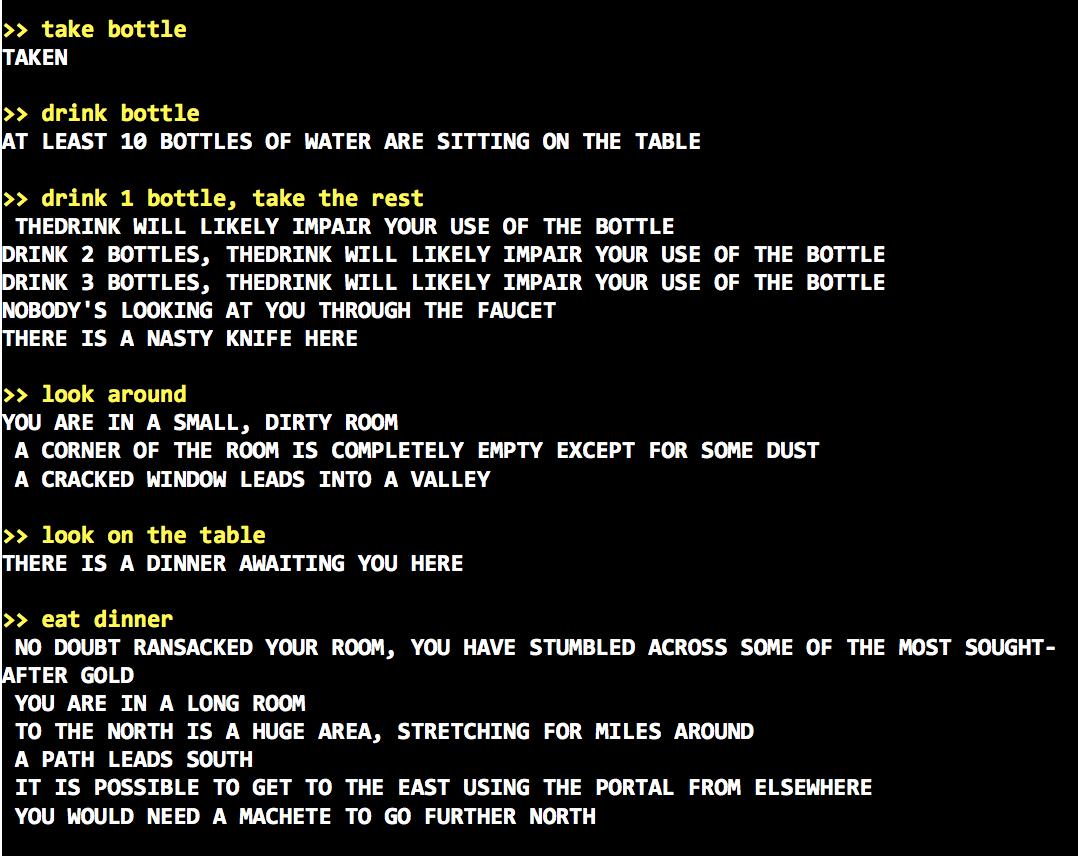 whatever you do, don't take the rope from the attic

people keep asking for explainable AI. i definitely have some questions about what happened here.

to be fair, we were both cheating

Always a bad sign when the unicorn shows up