The House Committee on the Judiciary just voted on this resolution:
https://docs.house.gov/meetings/JU/JU00/20190912/109921/BILLS-116pih-ResolutionforInvestigativeProcedures.pdf …

I will start with a summary of the doc, then offer analysis.

The Doc opens with a timeline of the impeachment inquiry so far:

💠March 4: The Committee issued discovery requests for its investigation “into the alleged obstruction of justice, public corruption, and other abuses of power by President Trump, his associates, and members of his administration.”

💠May 8: The Committee recommended that the House hold Barr in contempt for refusing to comply with a subpoena.

(430 authorized the Chairman to initiate or intervene in any judicial proceeding before a federal court. . .

. . . to petition for disclosure of information, and affirming the duty of Barr and McGahn to comply with subpoenas.
More on that here:  https://www.congress.gov/bill/116th-congress/house-resolution/430/committees?r=52&s=1 … )

💠August 7: Committee filed a lawsuit to enforce its subpoena power against McGahn.

💠August 22: In a letter requesting chairs of other committees to share information they have obtained, Nadler noted the committee’s authority and intent to conduct an investigation to determine whether to recommend articles of impeachment.

6/ Now, on Sept. 12, the committee adopted a resolution stating that:

💠An additional hour is to be provided for questioning witnesses, divided between the parties.

💠 Questions during the additional hour can be conducted by “Committee staff, as designated by the Chair and Ranking Member."

Translated: Staff lawyers can follow up with questions to get past political speeches and grandstanding.

💠Information obtained is considered “executive session material” unless otherwise determined by the Chair in consultation with the Ranking Member.

💠The Chair may issue additional procedures governing access by other non-committee members to executive session materials.

9/ From the context and this  https://fas.org/sgp/crs/secrecy/RS20145.pdf … I gather that this just means that material acquired in an executive session is protected in some manner, with special rules applying for access.

I understand Executive sessions to be closed sessions.

💠President’s counsel may respond in writing to information and testimony presented to the Committee in open session.

💠The Chairman, after consulting with the Ranking Member, may invite the president’s counsel to review and respond in writing to executive session materials.

End of summary of the resolution passed today.

Bonus: This section will help prepare you for the Twitter Bar Exam.

Q: Is this resolution legal or political?
A: Both

It’s legal because procedure is important.
Fair procedures say: "This is not a Kangaroo Court."

13/ Fun fact: Civil Procedure was RBG’s favorite class in law school because procedure is the “vehicle for fairness and justice, with rules that must be carefully neutral.”

14/ This resolution tells us that evidence will be gathered privately, and Trump will have the chances to respond, privately and later in public.

The Dems don't want their proceedings to look like Trey Gowdy's Benghazi debacle where the GOP were targeting a political opponent.

15/ It's also political because the resolution makes it clear that impeachment is marching forward and that much work has been going on behind the scenes.

It's also smart politics to make clear the proceedings will be fair.

Kangaroo Courts can happen quickly and even instantly.

One reason many people prefer autocracy is because an autocrat isn't hampered by procedure, or checks against his power. 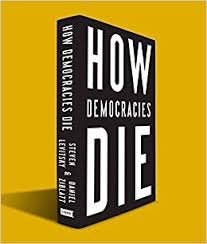 My threads are also blog posts. You can view this one here:  https://terikanefield-blog.com/impeachment-resolution-legal-cliff-notes/ …

I've wrapped up this thread, but I really want to add this comment because I think it speaks to many of the misunderstandings about impeachment proceedings.

Due process, fairness, and rule of law doesn't work this way.

We should never say anything remotely resembling . . .

While impeachment & removal are not criminal trials, they have something in common and there's overlap.

Also from a political (not legal or moral) it makes sense to get all the evidence before making pronouncements.