I've never understood the position that people shouldn't unionize because they're rich. You know who's even richer? Execs.

Tech companies have monopsony hiring power and use it to capture most of the value of labor, enriching execs with mid 8 figure to mid 11 figure net worth.

Even if you ignore marginalized groups, abuse, etc., I don't see why people think it's only fair that labor should negotiate individually when firms have monopsony power.

This is highly asymmetrical, unions would make it more symmetrical, not create a socialist dystopia.

If you work in infra at BigCo and see the discounts they negotiate with vendors due to their market power (can sometimes be > 90%, depending on the market), do you think that the company behaves any differently when negotiating with labor, which has less power than vendors?

BTW, the person I'm quoting is probably worth 9 figures (co-founded a company whose 2015 valuation was mid 9 figures) and in the replies they say that programmers are rich enough because they make at least $60k/yr.

BTW, not calling them out in particular; this is common.

Their even richer co-founder has complained that FB pushed up wages to unfair levels and has tried to convince people that they should work at places that pay worse because FB pays too much.

Since the most common response is that companies have little market power and therefore must pay well:

Remember the time when Google, Apple, and almost every major tech company other than FB created and wage fixing agreement? 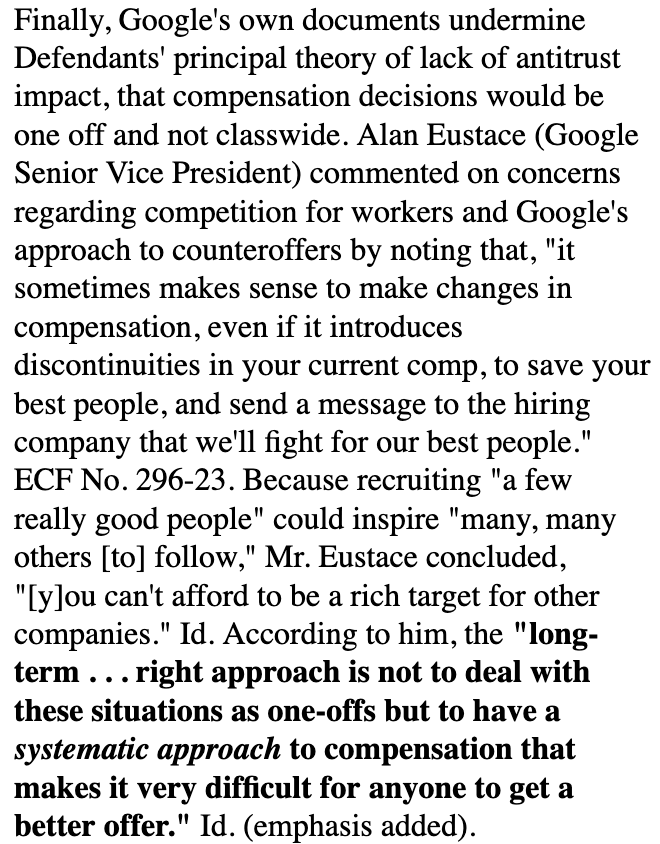 There are so many smoking guns I don't even know which one is my favorite.

Maybe the time that Steve Jobs (CEO of Apple) got Eric Schmidt (CEO of Google) to fire a recruiter who accidentally violated the wage fixing agreement. The CEO himself made sure the recruiter was fired. 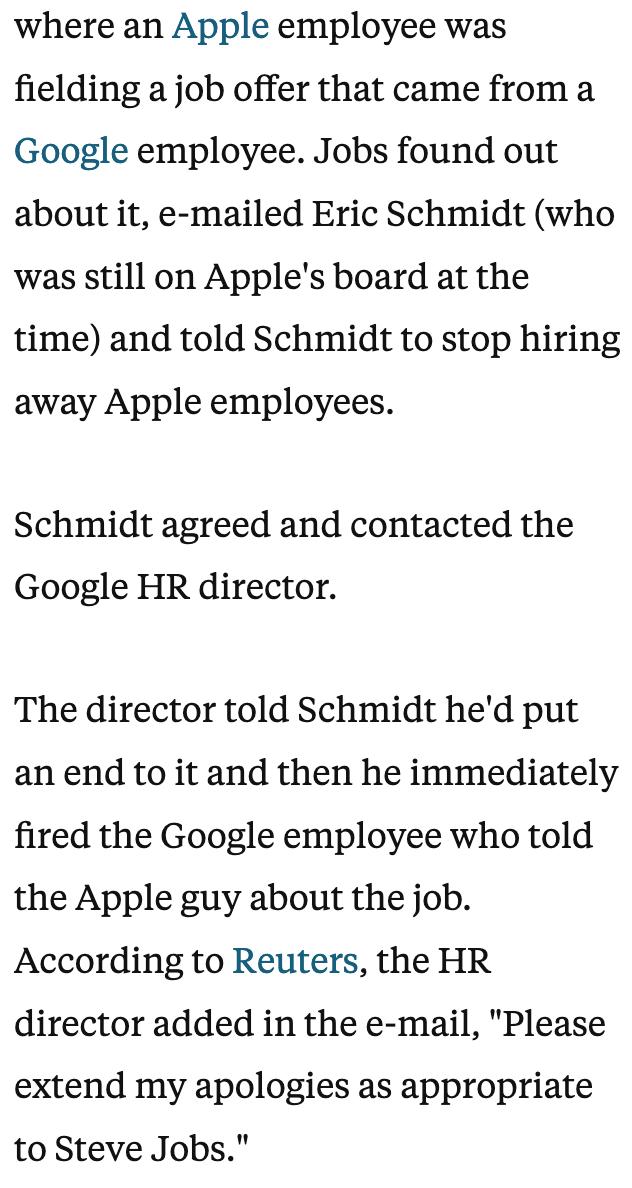