I see a disconnect between what Pelosi actually says and what people say that she says.

To stay grounded in facts, I’ll look at Pelosi’s exact words. No paraphrases or summaries.

The meat starts at the 1:30 minute mark.

Kimmel pointed out that Mueller handed the matter to Congress. He asked if Congress is taking up the task.

Kimmel: “It feels like we’ve been on the path for a really long time.”

Pelosi: “You have to remember we’ve only had the majority since this year, and for the first month government was shut down.”

3/ Pelosi: “I’m very proud of our chairman. We had a big week last week. We won three court cases and a decision by the justice department to give us documents.”

Next she makes a grand statement. . .

4/ “The times have found us. We have a defiance of the Constitution of the United States.”

The impeachment part begins at the 22:27 minute mark.

She was asked this question: "Are you uncomfortable with the term 'impeachment inquiry?' Is there another term we should be using?"

6/ She responds with a teenager eyeroll (22:25) and prepares to leave. Then she says:

“We are on our path. Where it takes us is where—we will follow the facts.”

“I support what is happening in the Judiciary Committee because that enables them to do their process. . . "

Pelosi is not saying—and never implied—that delays are strategic.

Democrats are up against an administration obstructing their investigations at every turn.

The question is: What should they do about this obstruction?

10/ There are basically 3 options:

💠Fight fire with fire,
💠Impeach now with what we know, or
💠Gather all the evidence by following procedure and process, which takes time.

“Fight fire with fire” goes something like: “We have to get Trump out NOW before he does more damage.”

11/ The problem: There are no legal means to remove Trump now.

Removal requires 2/3 of the Senate.
The 25th Amendment isn't a realistic option.

Nothing that has come to light so far will sway this Senate.
If you don't believe it, watch the Mueller hearing.

12/ There's speculation that once formal impeachment proceedings begin, Trump’s approval rating will tumble as with Watergate, and the GOP Senators will face a groundswell of public anger that will force them to remove.
https://www.latimes.com/opinion/op-ed/la-oe-reston-impeachment-trump-watergate-republicans-20190531-story.html …

13/ There are a few reasons a Nixon outcome isn’t guaranteed.

Also, the GOP was different during the Nixon era.

14/ Much of the white South was still Democratic.

The shift creating our current levels of polarization was not complete until Reagan. See:

IOW, the GOP hadn't fully morphed into a reactionary party, and therefore, wasn't as dangerous as it is today.

15/ Remember the rumor that Trump had Russian co-signers on his loans? The story died because it hadn’t been properly vetted.

We don’t get to see the documents as they are collected.
Fair investigations don't work like that. See:

16/ If the House impeaches with what we know now, and the Senate acquits, what do you think would happen if the Dems say: “We want a do-over! We have new evidence! Let's have another trial!"

Remember that a Senate trial is big deal. Government business stops. Everyone focuses.

17/ Legally the House can probably start all over with new evidence.

Politically it would be absurd. The public would rightfully be annoyed.

Next issue: Pelosi frustrates people by saying that the “public is not there yet” with regard to impeachment.

18/ People respond with, “A leader should do what she thinks best and not worry about public opinion.”

Government by elected representatives doesn't work that way. Democracy is about the people.

Lincoln and FDR arguably did more than any others to advance a liberal agenda. 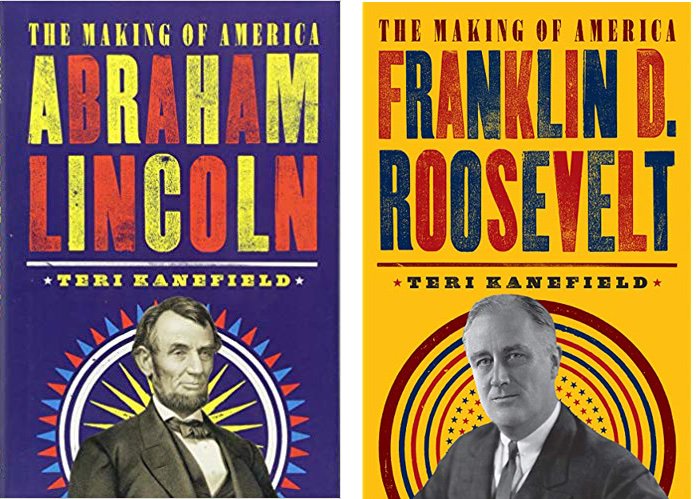 19/ Both were careful not to move too far ahead of public opinion. They often frustrated people farther left on the political spectrum, who wanted change to move faster.

Lauren Underwood explains why initially she was reluctant:
https://terikanefield-blog.com/why-some-congressional-democrats-are-not-rushing-to-impeachment/ …
(She's on board now.)

20/ Fighting Fire with Fire is a good way to burn down the house.

This thread is already too long, so see this thread about Prof. Steven Levitsky’s theory that fighting fire with fire leads to the kind of escalation that rarely ends well.

21/ The only way to save democracy is through democratic means.

Democracy is grinding work.
Due process and procedures take time.
Kangaroo Trials, on the other hand, can happen quickly.

I've heard people say that to overcome the obstruction, "They should start jailing people.”

22/ Jailing leaders is doesn't generally change the minds of the followers. And just because they can, doesn’t mean they should.

McConnell “can” block any and all legislation.

This is what ⤵️ call constitutional hardball and another way of fighting fire with fire. 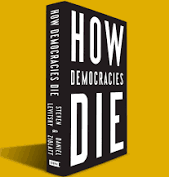 What if she said, “Our minds are made up. We’re investigating, but we know he’s guilty. As soon as we get all the documents, we’ll impeach.”

* I did not mean teenager eyeroll as a disparagement.
See that? I still want to edit.

Adding: When people say, "Democrats should be more aggressive," ask specifically what Democrats should do. Generally it's "jail them" or another form of constitutional hardball.

For why that's not a good idea, see:

A question about the 25th Amendment⤵️
For the 25th, you need Pence + a majority of the Cabinet to declare Trump “unable to discharge the powers and duties of his office.”

The drafters of the Constitution deliberately made it difficult to remove a sitting president.

"Rule of Law" means such such things SHOULD be hard.

There should be a fair and arduous process.

Making it too easy to remove a president hurts democracy in the long run.

It's much easier to be popular on Twitter by stirring people up and giving false hope.

Me = bearer of bad news.

All my threads are also blog posts. You can see this one here:  https://terikanefield-blog.com/pelosi-impeachment-democracy-v-autocracy/ …