Apologies for returning to this subject again. I must sound like a stuck record. But as you'll see from this tweet, I've been tagged again in a thread about @Outragesbook. I also take a dim view of those who keep asserting something untrue, until uncertainty is created.

So, for the record. Dr Wolf asks @realclearbooks to take down their posting. "As historians are finding, sadly indeed 55 men were executed for sodomitical offenses in Britain in 19th c." Nobody disputes a figure in this region. But the c.19th lasted 100 years.

It's an established fact that the last execution of this kind took place in 1835. Contrary to these tweets, @Outrages insists, erroneously & emphatically, that they continued into the Victorian era. It is a key argument of the book, as published in the UK by @ViragoBooks.

It's in the blurb. In black, white and orange. All the scholarly reviewers have rejected the idea. Presumably Dr Wolf's American publisher, @HMHCo, also rejected it, which is why the first edition was withdrawn. I look forward to @HMHCo announcing a new publication date. 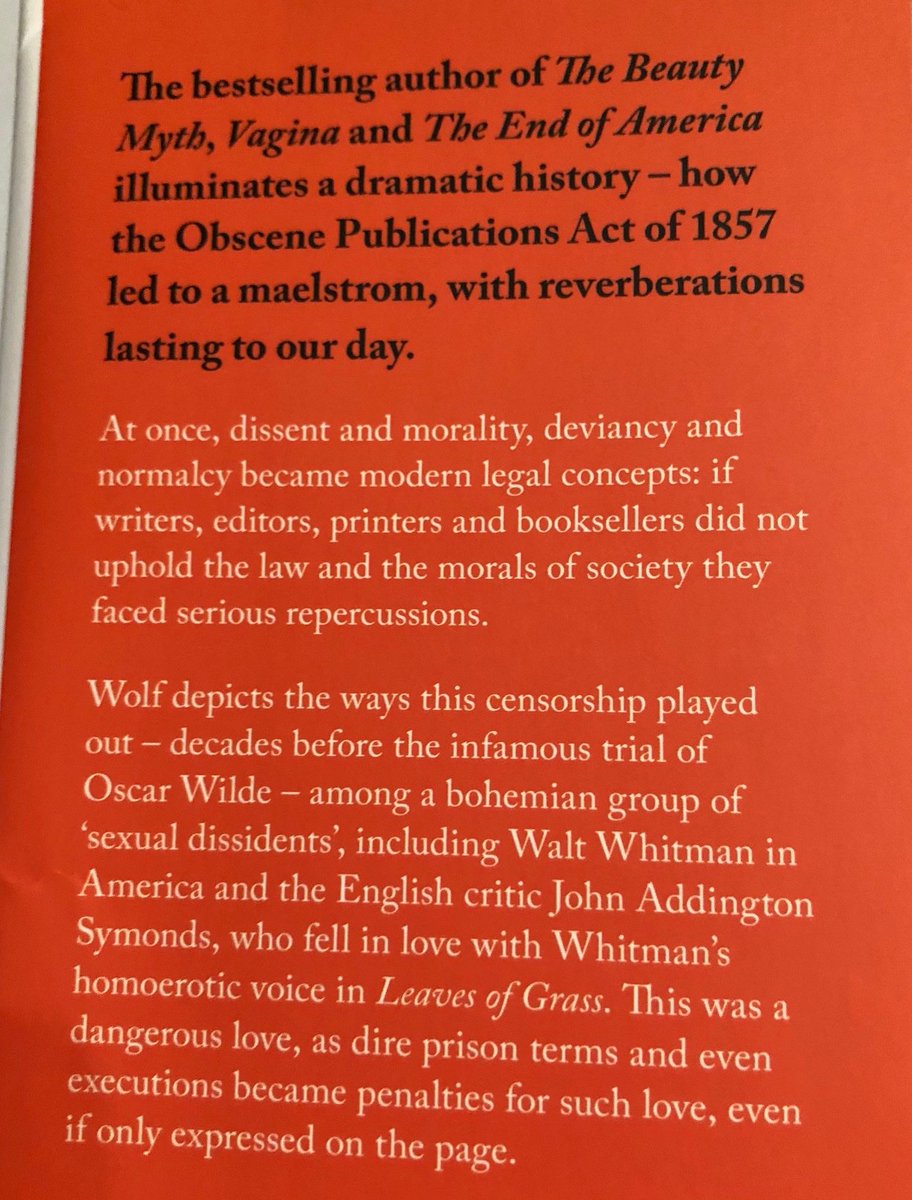 You'll find a good summary of the book's other problems in Neil Bartlett's review in @TLS. I suspect that other scholarly critics of @Outragesbook - @RictorNorton @echomikeromeo @aearls @VictorianLondon would agree with these points.

Now to the assertions about our @BBCFreeThinking interview. We discussed, very explicitly, the period after 1857. Dr Wolf asserted that “dozens and dozens” of executions took place after this date. She spoke of “mass arrests”. The interview is here.  https://www.bbc.co.uk/programmes/m00057k4 …

So when I am accused of error - or "whitewashing gay history" as Dr Wolf told an audience at @edbookfest recently, I am obliged to reply. The programme itself is evidence enough, but at 45 minutes it travels more slowly than a tweet.

The problem of Outrages is that its publication by
@ViragoBooks has cast unhelpful doubt on a well-established historical fact. That the last execution for sodomy took place in 1835.

As for asserting an untruth until uncertainty is created, we discussed this subject on a recent @BBCFreeThinking with the philosopher @QCassam. His new book, Vices of the Mind, is a great read on how to tackle the problem when you see it.  https://www.bbc.co.uk/programmes/m0002cf0 …