Honestly curious to know how many people have to sign off on the wording in a post like this. How many people specifically thought, “yes, this will do.”

Because what the fuck, really. 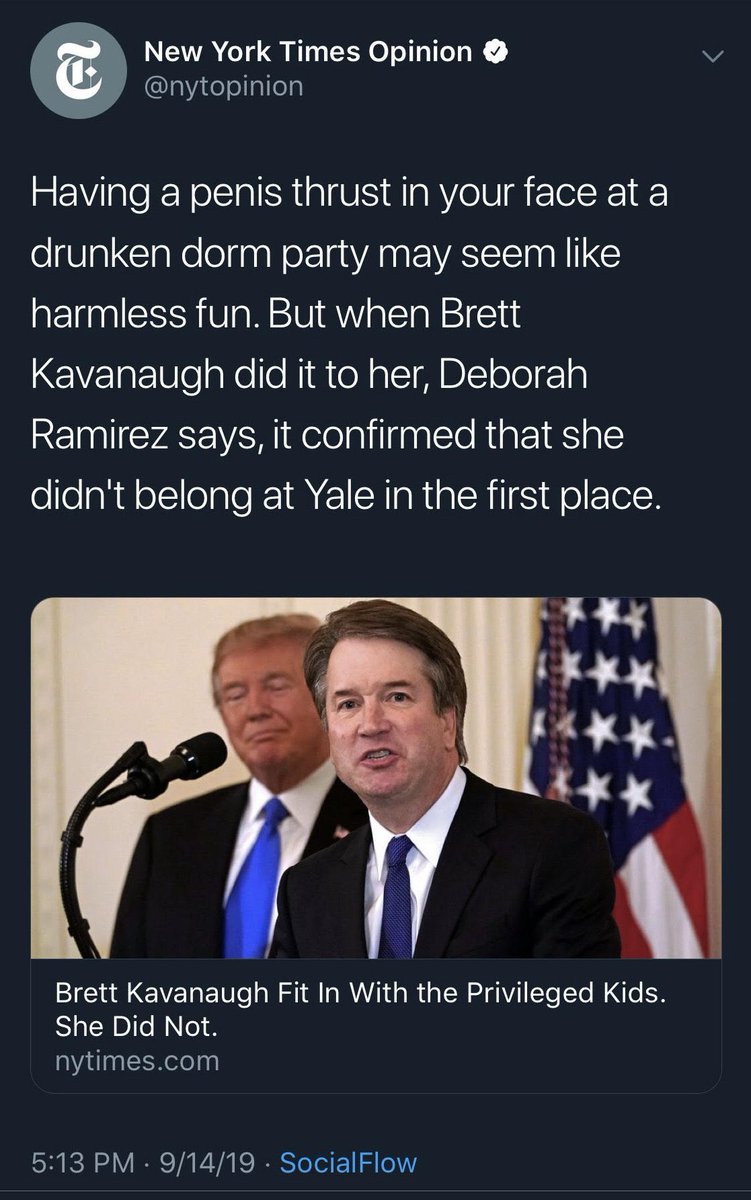 How is it possible to not just go full record-scratch-screeching-halt at the first sentence?

Moreover, who is responsible for choosing to frame an obvious news story—additional credible sexual assault evidence against a sitting SCOTUS justice—as a ... whatever this is.

By the way the story seems, to my eyes, fine. The story presents the new evidence, frames the context, explains the effect on the victim, locates Kavanaugh's abuse as part of an abusive system.

But people at the New York Times chose to give it this frame. Who? How many? And why?

Here is a much better framing.

Who gets that story and decides "Harmless fun for most, but not for *this* lady, slice-of-life about Yale popular kids" is the story?

How is the NYT dealing w/it?

Whose job is reading these distillations and approving them?

Why does a person who is that bad at recognizing a terrible misleading frame have a job doing that?

How is the NYT dealing w/it?

One begins to suspect that giving accurate impressions is not these people's real job.

Strange the NYT would employ serious and talented journalists to do vital and needed work, and also employ malicious or at best incompetent people to present it.

Like hiring a 4-star chef for the kitchen then throwing her food into a mop bucket to wheel out to customers.

The framing of the story seems almost calculated to make people ignore its importance and miss its content. It sets the story up to be ignored and discounted.

So much so, one has to suspect intent.