*RUSSIA + ALCOHOL:
Peter the Great learned he could tax consumption of alcohol—then he made it unpatriotic NOT to drink
He made it a crime to agitate AGAINST drinking b/c he was making so much money from it

2/ The most worrying trend to her? 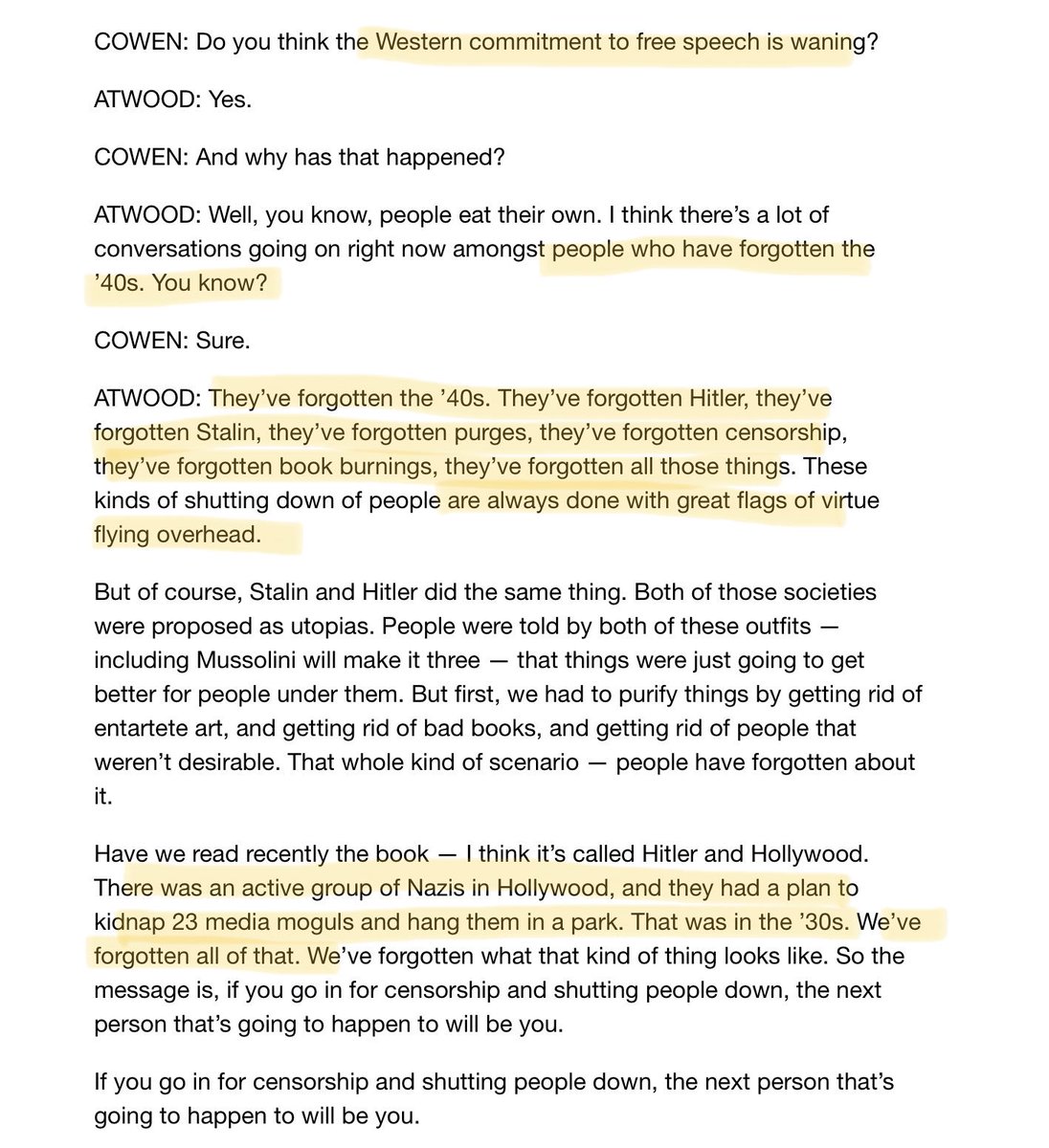 4/ Atwood’s next story—is as beautiful as it is badass.

On the Wizard of Oz:
-the male wizard is a FRAUD
-and all of the other male characters are MISSING something.
-But the witches are REAL.

—because past US generations did more massacres—and had fewer people LEFT to be reconciled with.

6/ Women faces many disadvantages—but in the “written arts” they overcame them. Why?

Because in the arts—they could write or paint ANONYMOUSLY or at home or in private—or pretend to be someone else or conceal their identity.