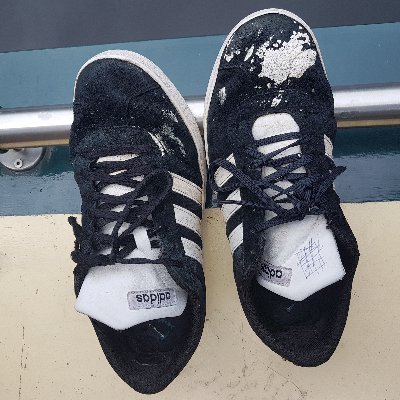 This is a thread of threads to - as fully as I can - document in one place the central role the far-right played in Oughterard over the past ten days or so.

1. This was the first detailed thread about it:

2. This is video of Grealish's racist comments at the meeting. All and sundry including Leo Varadkar shilly-shallied about his 'statements' until this video began to circulate:

3. This far-right activist also spoke from top table at the meeting. He's from Oughterard. His political affiliation was not revealed to the attendees at the meeting:

4. Far-right hate and incitement online was ramped up alongside events in Oughterard:

5. Oughterard was also notable for the way in which a significant group of political reps took a sudden lurch to the racist right. Some of them like this guy did so at the meeting. Others did so by supporting Grealish in the aftermath of the meeting.

6. Of note Mattie McGrath TD and Michael Collins TD expressed support for Grealish in the aftermath of the meeting:  https://galwaybayfm.ie/galway-bay-fm-news-desk/some-support-for-deputy-noel-grealish-from-rural-tds-as-row-rages-on-over-his-comments-about-african-migrants/ …

7. Pro-life and far-right aligned media also leapt to his defence.

8. More and more detail about the deep involvement of the far-right in events emerged as events unfolded. Simultaneously the key organiser of the campaign against Direct Provision in Oughterard - Patrick Curran -began to try to clean up his tracks:

9. As events unfolded a key figure in Ireland's Muslim community posted this tweet:

10. Commentators began to reflect on the manner in which politicians were suddenly lining up with the far right. This is a particularly useful example:

11. NASC criticised events in Oughterard - and very acute journalistic summaries of far-right involvement in the events there began to appear. NONE of this information has been carried by the mainstream media as of now.

12. Detail about Patrick Curran's links to far-right continued to emerge - and activists criticised the manner in which the mainstream media were obfuscating the role of the far right in events - despite their having access to hard information on this:

13. Incitement continued to gather momentum online as the aftermath of the meeting unfolded:

14. A march was announced. Activists immediately noted that it would be visually branded as a YellowVest march. YellowVests in Ireland have been associated since late 2018 with the far-right, with ACI and with Gemma O'Doherty.

NOTE: Come Back Later for the rest of this thread. Ran out of time this AM. More hard proof of far right involvement in Oughterard coming soon . . . . .

15. From the moment the march was announced - public expressions of support came from ALL quarters of the Irish far-right.

17. In immediate run-up to the rally Galway Against Racism Network (GARN) accurately state that the upcoming rally is being planned and co-ordinated by the far-right and their local fellow travellers.

18. A variety of tweeters accurately diagnose the situation and make accurate predictions wrt. how the march will play out:

20. By this stage the key local organiser is trying to clean up his online tracks to hide the central role of the far-right in events. However it is too late as activists have already documented what is going on behind the scenes in detail:

21. Despite being fully informed - and supplied with hard evidence - about the key role being played by the far-right in events in Oughterard in advance of the weekend rally - The Irish Times fail to report this to their readership.

22. A later Irish Times article - with a group of journalists listed as the writers of the story - drives traffic to a known fascist's twitter account without informing the readership that he is a self-described 'national socialist and libertarian.

23. Activists warn that following Curran and his far-right advisors into the rally is likely to trash Oughterard's reputation:

24. On the morning of the rally many elements of Ireland's far right come out in full support.

25. Gemma O'Doherty is the first person to share an image of the Rally as it begins:

26. And the Rally unfolds Marian Finucane hosts an out and out Islamophobe on her RTE Radio 1 show:

27. The rally features placards which appear to put forward a leftist line on Direct Provision. The organisers have significantly changed their messaging in the previous 24 hours because of a high level of scrutiny of their machinations.

28. In the very immediate aftermath of the rally the far-right begin to systematically circulate material about the rally.

29. By late afternoon elements of the international far right begin to circulate media from the rally.

30. In the aftermath of the rally - in the large 1.5K FB group set up by Patrick Curran - a key GARN activist of colour is subject to doxxing, slander and out and out racism by a variety of participants in the group.

31. As activists continued to highlight the role of the far right in Oughterard the standard threats and harrassment that anti-racist and anti-fascist organisers face continued to flood in.

32. A key public representative involved in organising and chairing the public meeting maintaining his support for Grealish in the aftermath of the Rally. He also states that many in the community similarly support Grealish.

34. Hermann Kelly of IREXIT and former gopher for Nigel Farage crows over the rally in Oughterard.

35. On the day immediately after the rally notorious far-right controversialist Katie Hopkins references events in Oughterard.

NOTE: Day job getting in the way. I am behind schedule. Will finish before sleep tonight and will repost whole thread then.

36. A reminder of the role of key Irish mainstream media figures in pushing the Overton window to the far right was tweeted the day after the rally to give context to events in Oughterard.

38. Late on Sunday @DubLoony publishes an infographic showing how the Oughterard events have played out up to that point on twitter.

39. @DubLoony also comments on the manner in which the protest was presented to and perceived by 'millions'.

42. On Sunday evening EVEN MORE detail about the way in which Connor McZorba (ACI/Key Gemma O'Doherty activist) and Patrick Curran ('leader of the Oughterard campaign) are published.

43. Leo Varadkar over the weekend makes a striking 'take it or leave it' statement about the Direct Provision system and about the vunerable population that lives within this semi-carceral regime.

45. More material showing that the other Admin of Patrick Curran's Facebook page is an ACI/Gemma O'Doherty supporter is published. This also shows Curran attempting to 'clean' the page by changing it's name + make it a 'secret' group in rally aftermath.

46. Later posts in the same thread linked in 45. above shows just how very closely Curran worked with Murphy during the course of events.

48. Earlier today - Monday - information is shared showing that the organiser of the ongoing picket at the Oughterard hotel is linked closely to Connor McZorba and ACI.

50. And as I finish up here we are beginning to hear directly from elements of the campaign in Oughterard. They may be realising the vicious manner in which they were 'played' by Ireland's increasingly virulent far right. Here's hoping!

ENDNOTE: Some of us activists have been very glad to see a GOOD writer publish acute summaries of some of this material as events unfolded. His first article on Oughterard is in one of the threads linked above. He published this important piece today:  https://thesciencebit.net/2019/09/16/what-the-alt-right-are-privately-saying-about-their-important-work-in-oughterard/ …