Eric Garland+ Your Authors @ericgarland Intelligence analyst and advisor to CEOs and governments. I break down global events into clear narratives and appropriate profanity. Sep. 16, 2019 1 min read + Your Authors

BREAKING: During the transition, Trump opposed Obama's sanctions against Russia for *hacking FBI communications at the highest level.* IMPEACH.  https://news.yahoo.com/exclusive-russia-carried-out-a-stunning-breach-of-fbi-communications-system-escalating-the-spy-game-on-us-soil-090024212.html?soc_src=community&soc_trk=tw …

After we expelled the Russian Illegals (for whom we traded Novichok victim Sergei Skripal) the FBI stepped up its counterintelligence game.

Then, Snowden accused the U.S Government of all manner of abuses just as they tried to keep up with Russian intel Ops. 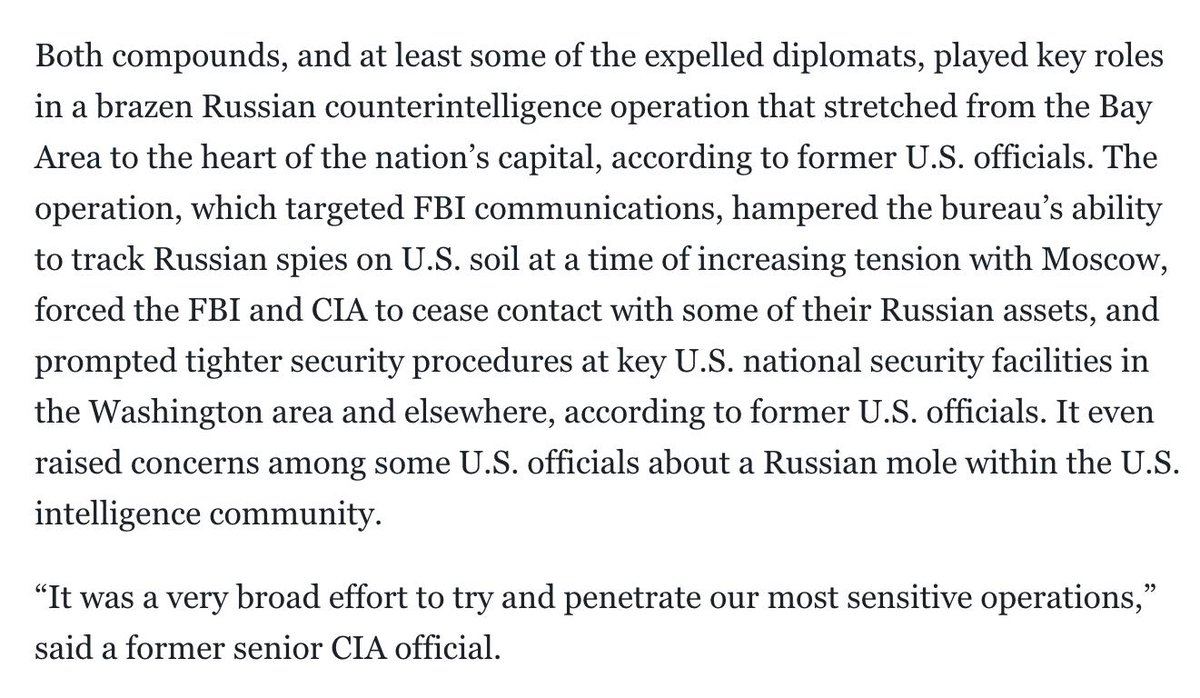 "Dramatic improvement" in hacking U.S devices, eh? I wonder how much of that came from Snowden's stolen NSA data, the part NOT about "civil rights" but our ability to track what foreign spies would use on foreign soil.

Right around the time Russia flooded Silicon Valley with cash, and just before Magnitsky dropped, Russia was discovered to have penetrated much of FBI-CI's operations. 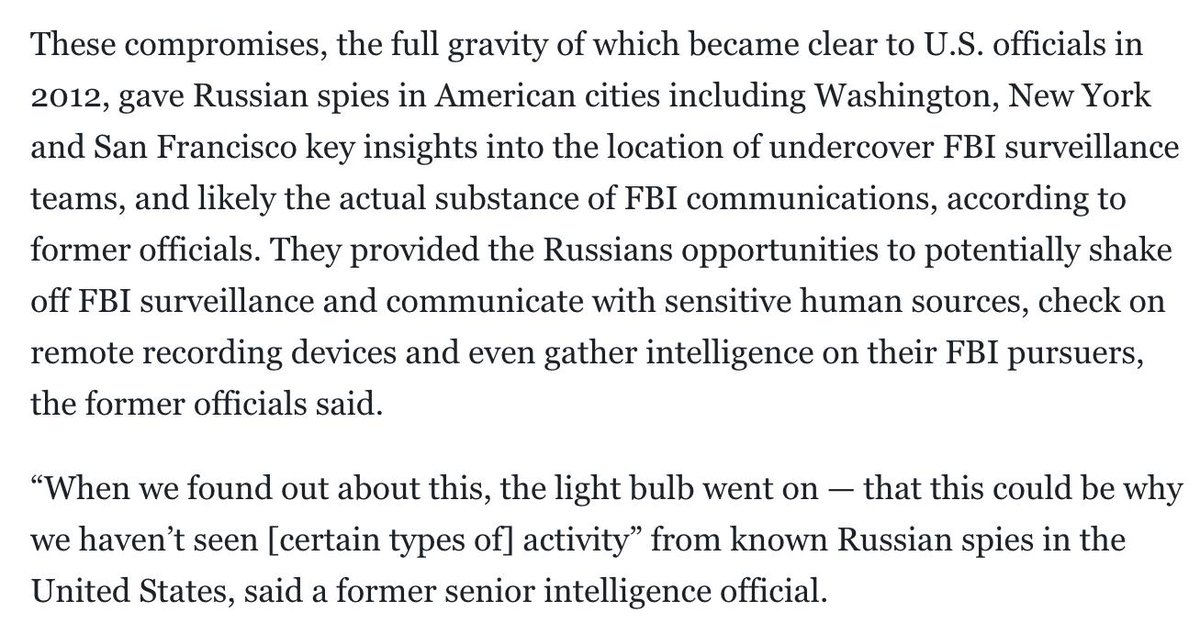 Once they had this new advantage, Russia pressed hard on recruiting new assets from their base in New York - including World's Dumbest Spy Carter Page (who is not a double agent for the FBI.)

U.S counterintelligence was looking for moles in major organizations - a classic, typical threat - while Russia looked how to assymetrically hack devices. 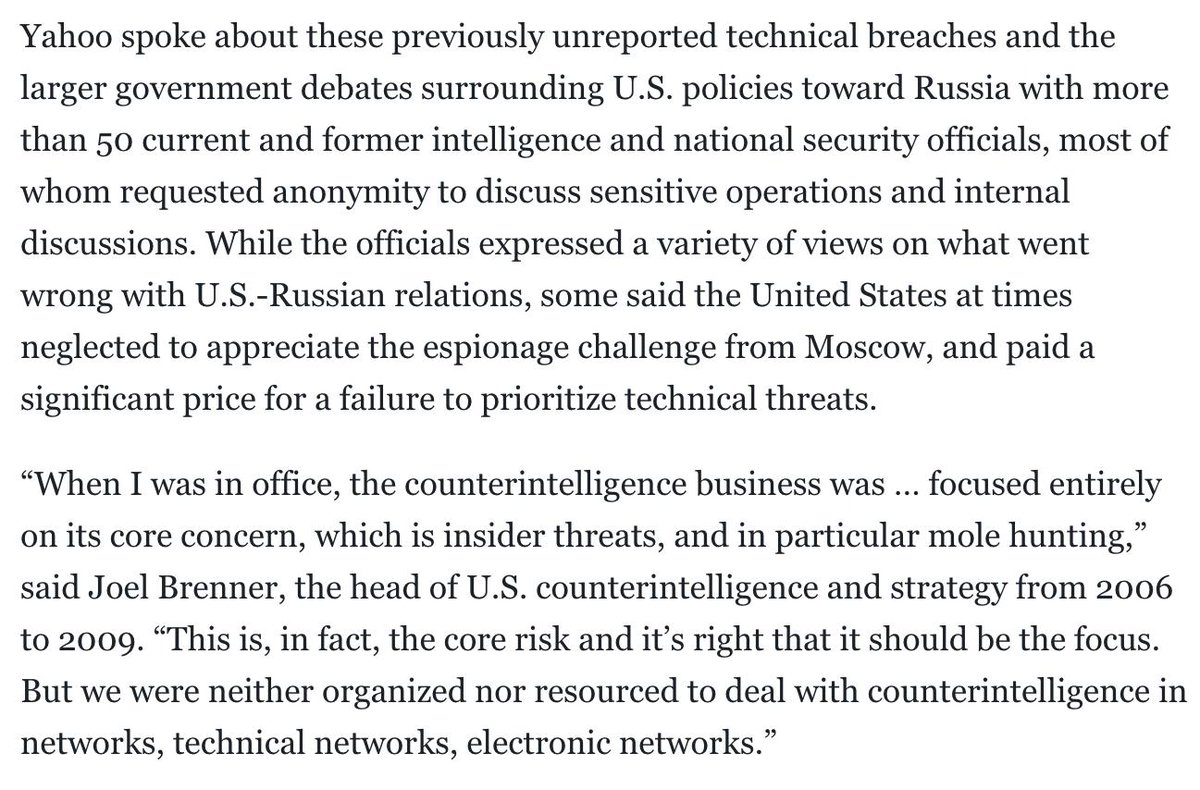 Note that the US MSM pushed the mendacious Snowden propaganda that the technology that would help us track Russian spies was a threat uniquely to the American people.

And remember where he lives now.

Around the time Manning was caught accessing parts of the Pentagon databases to which access should have been impossible, US officials discovered Russia had made stunning advances in its intel Ops.

Seems like the only person more afraid of the FBI than Putin is his lackey, Trump. 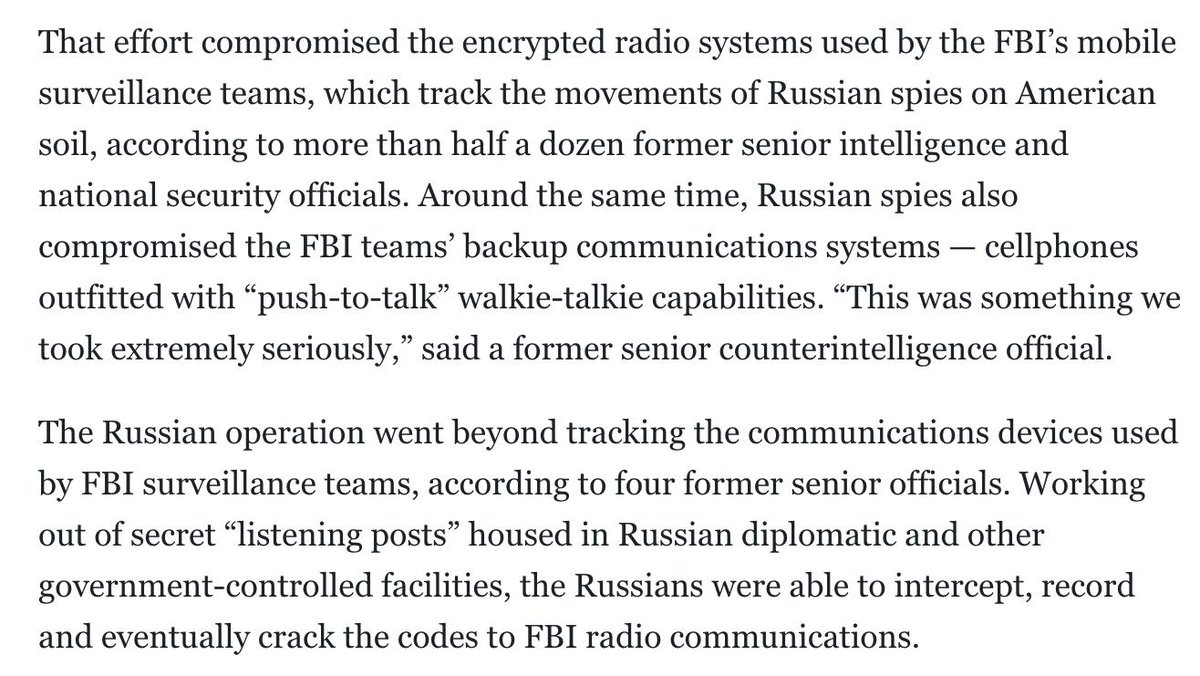 Russia has been engaged in a hot spy war now...for years.

Trump called the Intelligence Community - of which FBI-Counterintelligence is a critical part - Nazis. 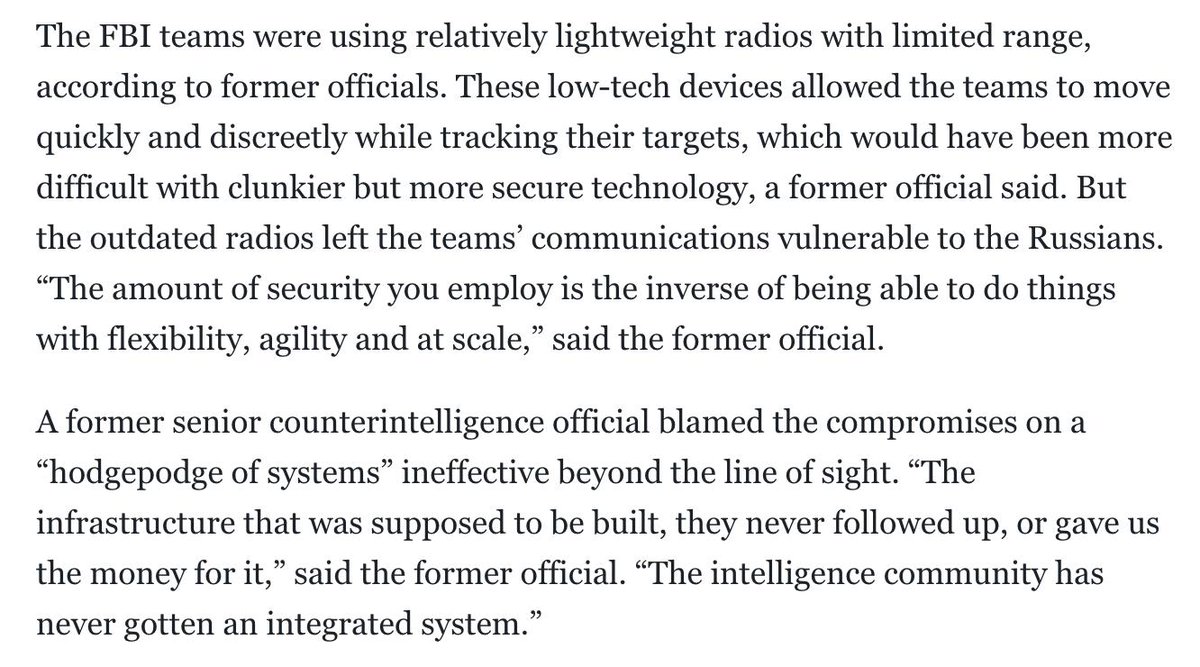