To prepare for the panel Thursday, I'm trying to answer questions*

*Clarification: I'm answering polite questions from people who read my threads. If you YELL at me I won't answer.

If you're polite and I didn't answer, I probably didn't see the question. 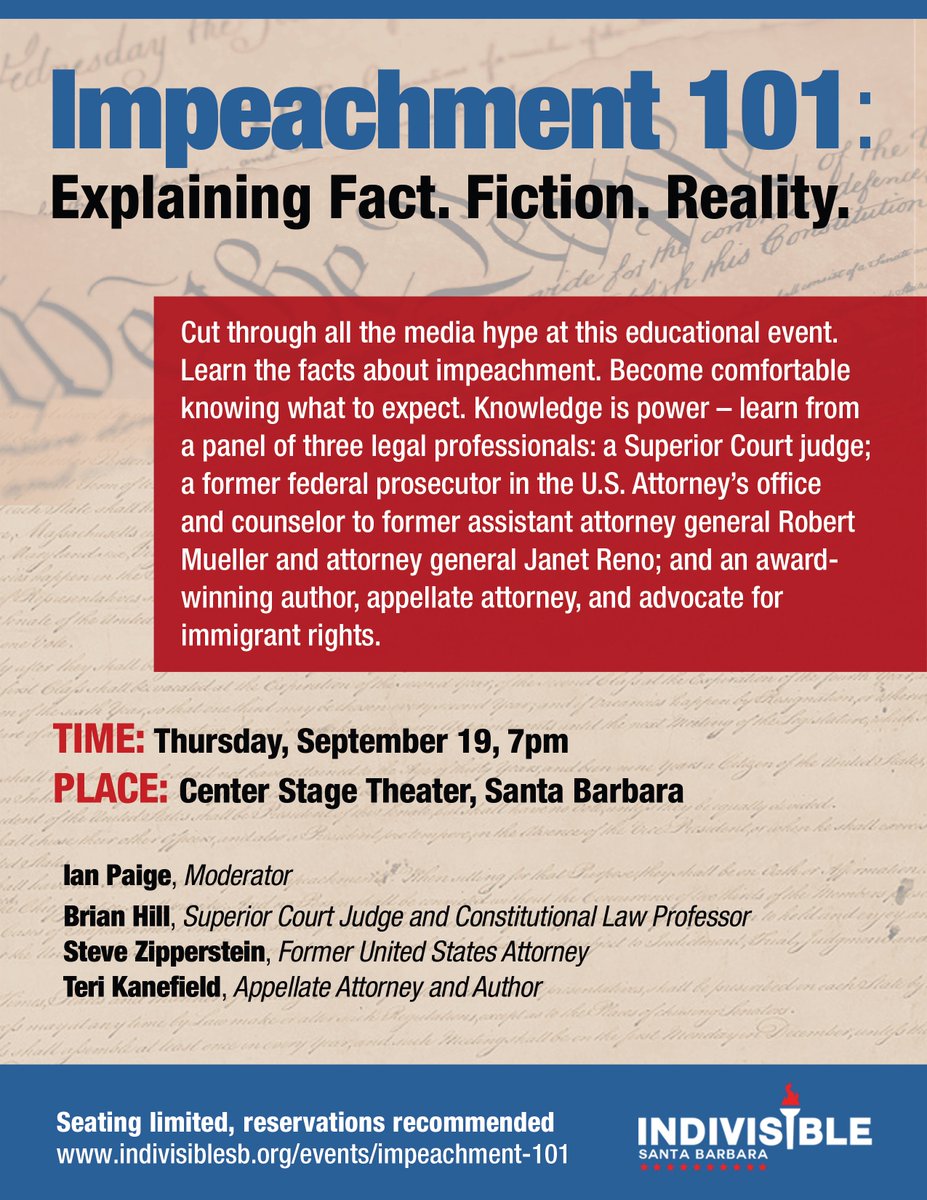 All of the things you listed, yes.
💠Trump loves to play victim.
💠He feels confident that at least right now, the Senate will acquit. He'd like that to happen before more evidence can emerge so he can declare the matter over and behind us. . .

💠He may think that impeachment and acquittal will help him in the red states because he can claim that he was vindicated and pursued by a partisan witch hunt.

💠He may also be itching for the fight. The fight doesn't actually start until the Dems say, "We're impeaching."

The Impeachment Clause expressly contemplates that after removal, the person can still face "indictment, trial, judgement and punishment" in regular courts.


I see. It may be legal, but I think it would be a political disaster. A Senate trial is a big deal. Everyone focuses.

Imagine after it's over, the House says, "We want a do over! We have new evidence!"

The nation would be rightfully irritated.

As far as (1), whether Trump can be impeached for failure perform affirmative duties of the office, I think it depends what those duties are.

"It depends"—the answer to most legal questions 😉

Terrell, I am partial to @538's polling aggregate. It filters out the outliers and weights polls based on past accuracy.

It gives a clear picture over time.

He's dropping a bit right now, but his average is still hovering over 40%.

I just looked at the chart, and while he has come down from his high point, I'd say he's holding steady rather than dropping.  https://projects.fivethirtyeight.com/trump-approval-ratings/ …

It's also hard to say what causes changes. I've looked to see what happened during low points. One was the government shut down.

I've answered questions in various places. I should have put them all in one place.

Good question. An 8 point win in the general election would translate into an electoral college landslide. An electoral win + popular vote loss happens in close elections.