Operation Yellowhammer paper claimed “low risk of significant sustained queues at ports outside of Kent” under No Deal: 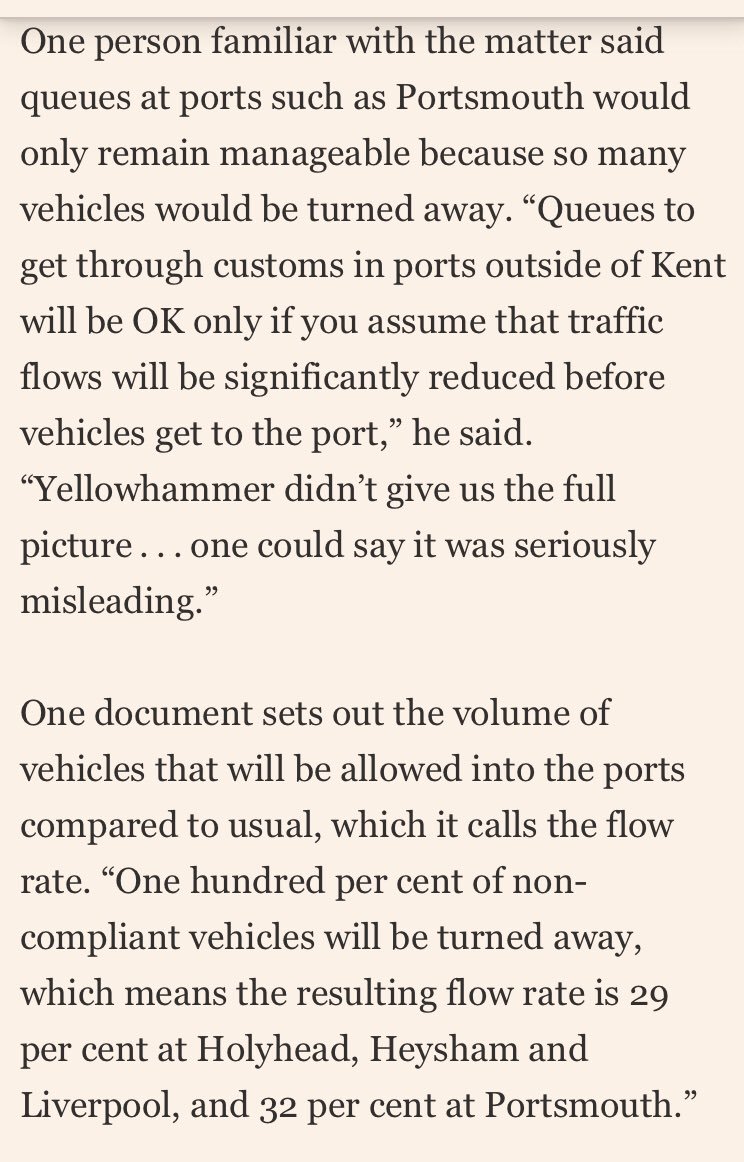 in other words....countless numbers of companies unable to export their products to Europe because they haven’t got the right permits and documentation.....

Craig Beaumont of the @fsb:

“We cannot see small companies in difficulty at the border pushed to the side, sent away or instructed to dump their products....an ‘I’m alright, Jack’ approach where large corporates get to barge past and queue-jump sounds distinctly un-British."