Eric Garland+ Your Authors @ericgarland Intelligence analyst and advisor to CEOs and governments. I break down global events into clear narratives and appropriate profanity. Sep. 17, 2019 1 min read + Your Authors

BREAKING AND HILARIOUS: US Gov't files civil suit against Edward Snowden and his publishers for attempting to enrich themselves through his illegal disclosure of information he contractually agreed to keep secret.  https://www.justice.gov/usao-edva/press-release/file/1203231/download …

"We'd sue Ed directly, but we're not sure which Russian intel safehouse he's in. We assume FSB but *shrugs.* Anyhow his publishers will do." 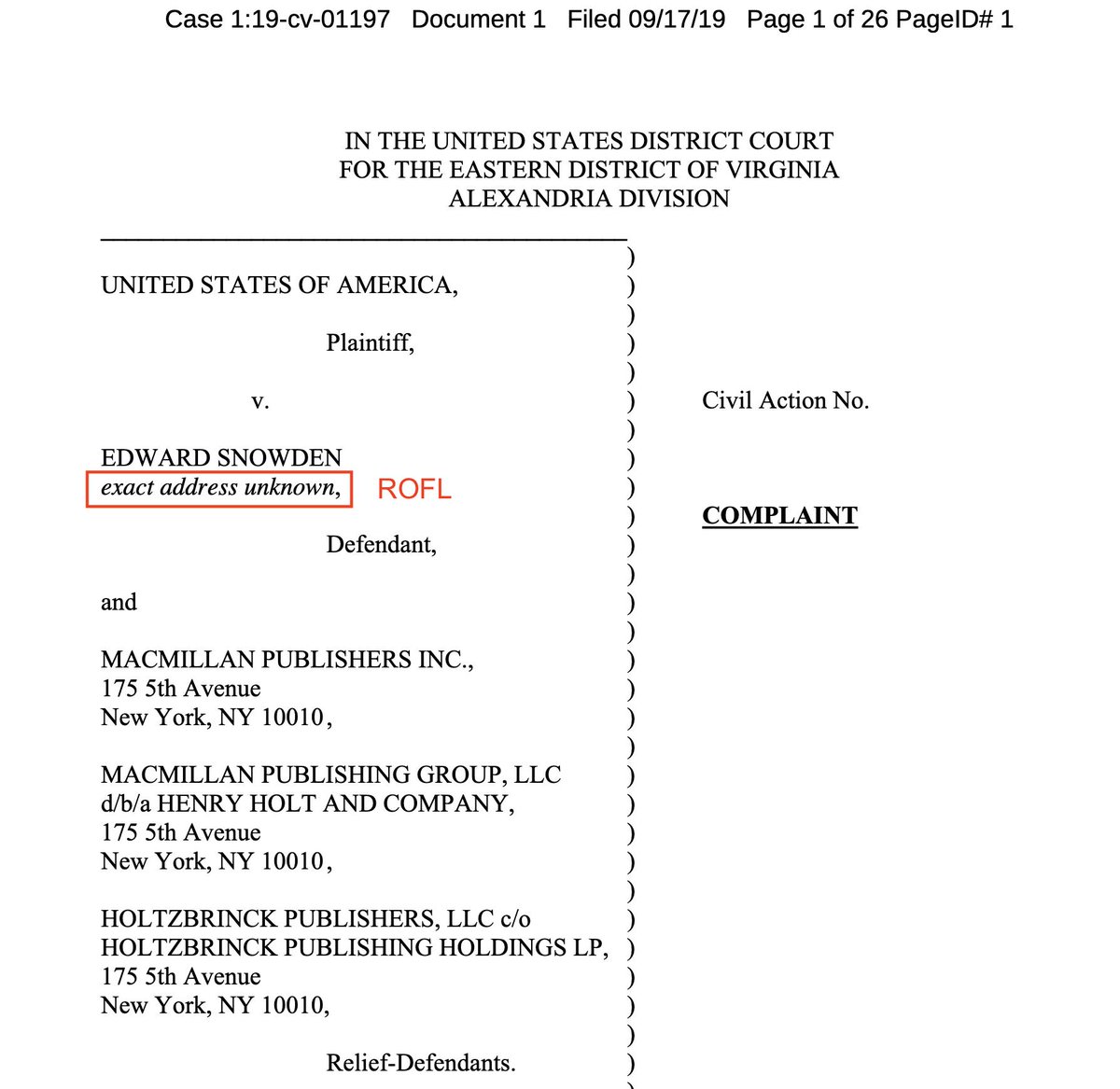 "Dear Ed, You may have defected to Russia, but your contracts in the US still hold. Don't worry, we'll inform your publishers that you can't actually profit from this." 🤣 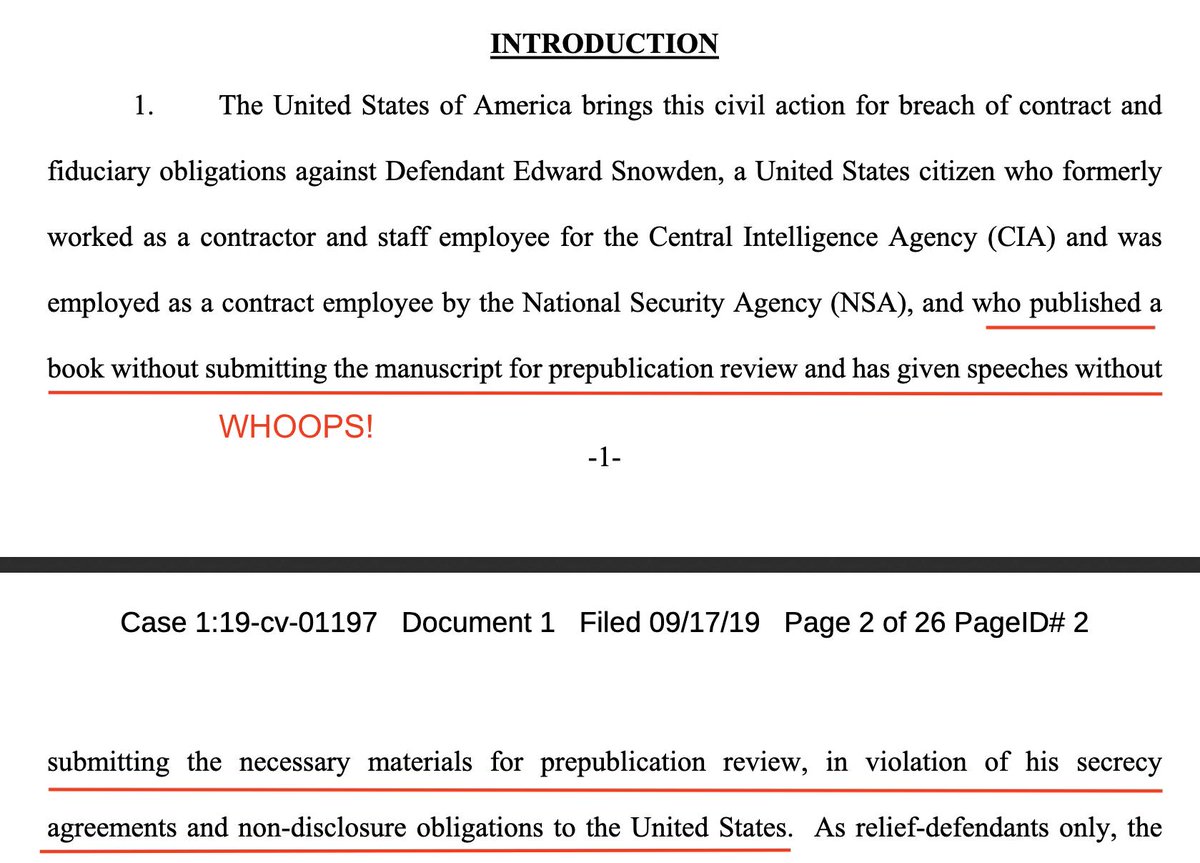 "We're not saying you can't publish it; we're merely reminding you that you can't profit from a broken national security contract." 😃

"Ed's not good at remembering what the whole 'secrecy' thing was, and probably forget he was allowed to just do this." 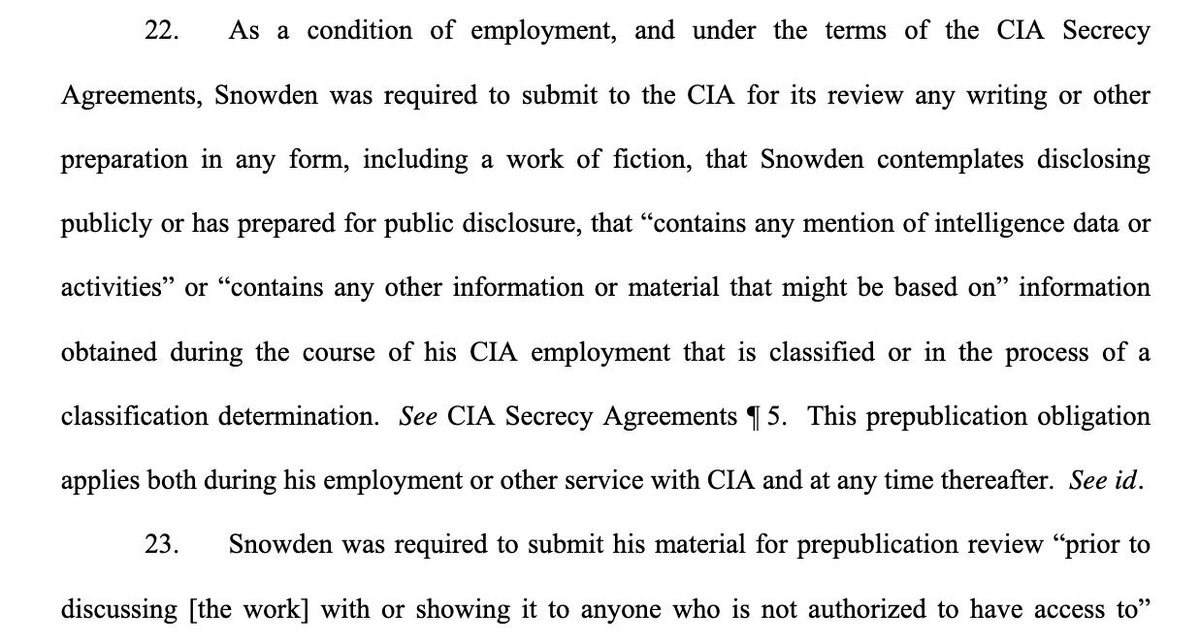 "But he should have remember that he can't make money over screwing the American people. If not, we're here to remind him." 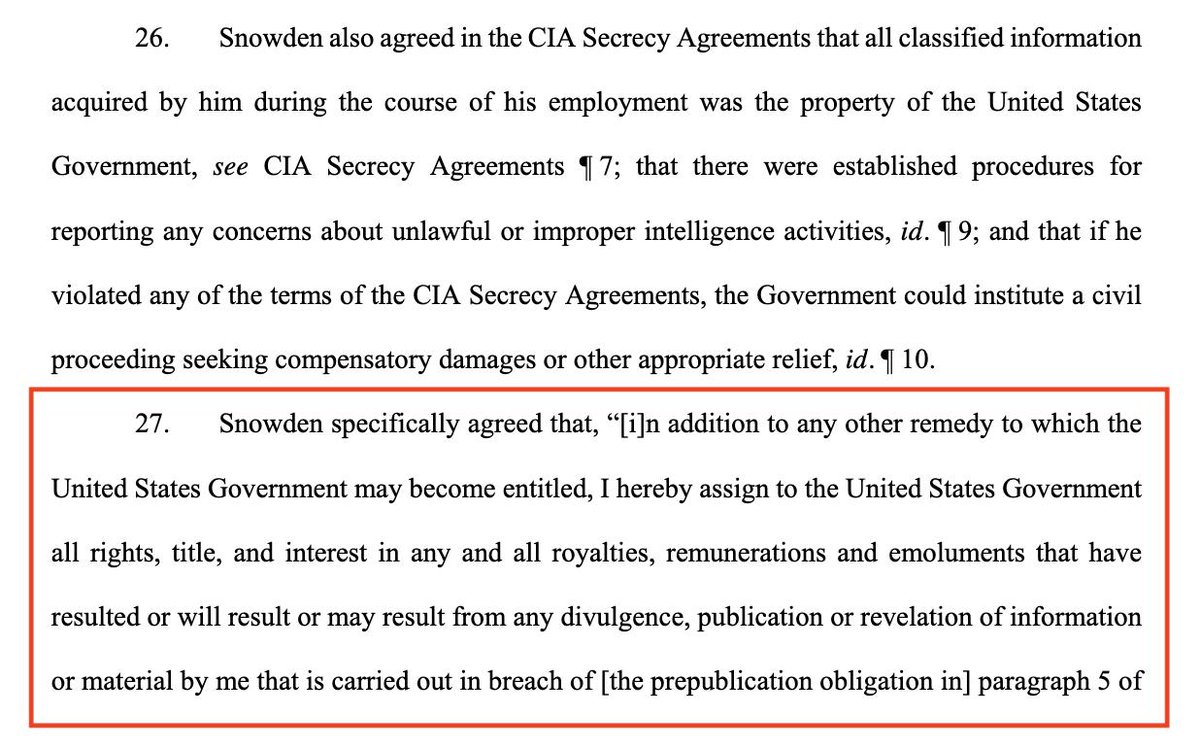 "Just because you defect to Moscow with 1.5 million NSA files? Yeah, it doesn't mean no laws apply to you. Ain't that not a shocker if you're not dumb?" 😂🖕

"Dear Macmillan: Yes, he was a spy.

"Also Dear Macmillan: Since this is illegal, we'll just put the money you've earned right over here, with us." 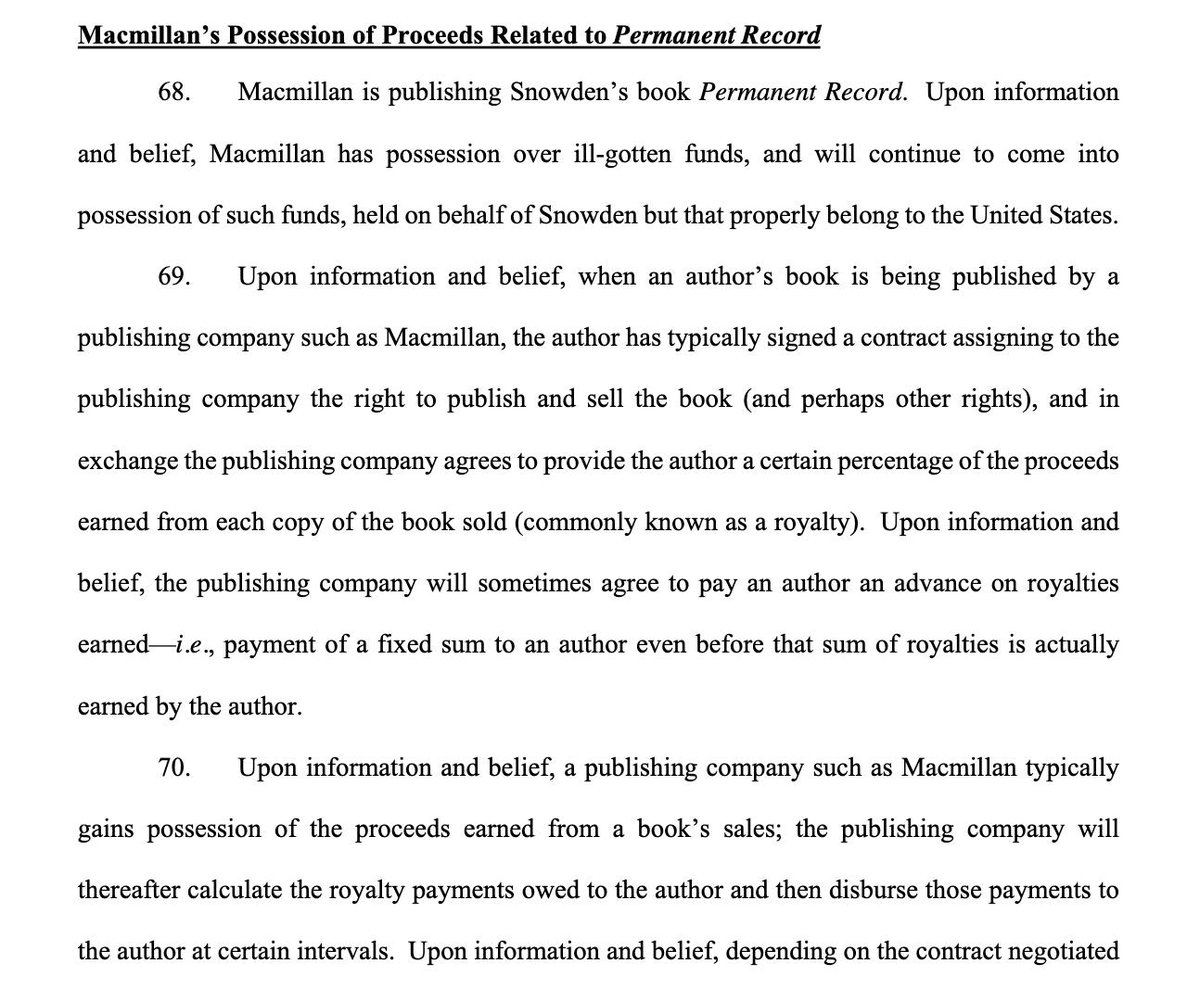