The problem, I think, is from the expectation that the Nixon story will repeat: once public impeachment inquiries begin, the truth will emerge and Trump's approval will tumble.

The current Republican Party is not the GOP of the Nixon era. What was then the fringe has taken over.

The blame needs to go where it belongs.

The problem we have is that a major political party is doing everything it can to shield a lawbreaking president.

I suspect today's obstruction will be folded into Articles of Impeachment.

I welcome the Never Trump Republicans to join the fight to get Trump out of office.

But I wish to remind people that Rick Wilson—who spent his career as a Republican political strategist—isn't looking out for the best interests of the Democratic Party or Democratic party values. 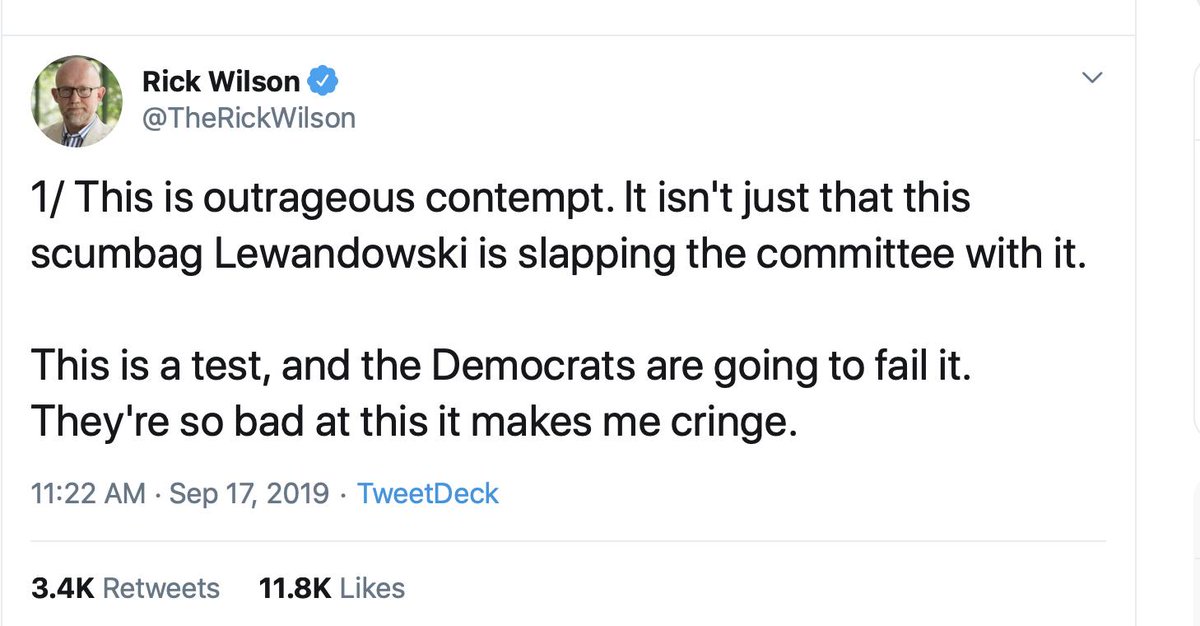 And now he is encouraging Democrats to bash Democrats.

You can thank Corey for helping write the Articles of Impeachment.

And he admitted lying to the media, and basically admitted that he talked to Mueller under grant of immunity.