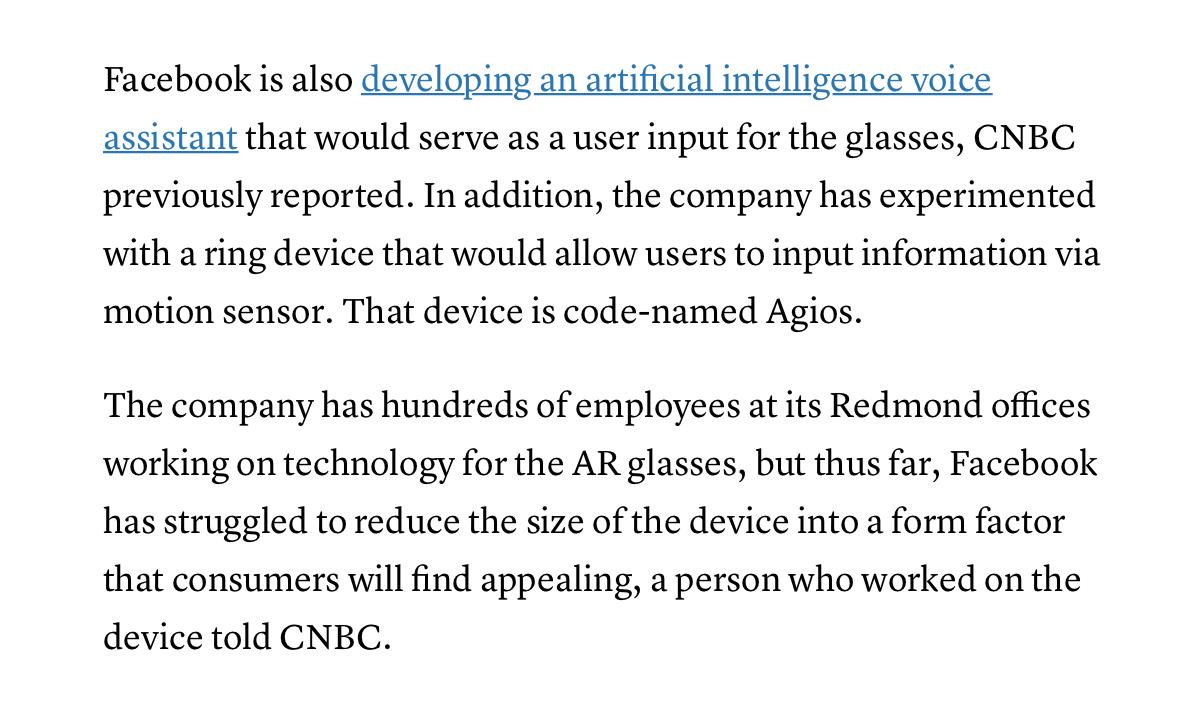 "Facebook is hoping a partnership with Ray-Ban parent company Luxottica will get them completed and ready for consumers between 2023 and 2025." I don't really see how Luxottica will aid Facebook's AR ambitions — especially with that timeline. They will have missed the boat.

The Huawei x Gentle Monster collab started shipping on Sept 6th, this month — not 2023. A very different device than what Facebook is striving for, but it's real, and available now. They need to step up the timeline by a mile, before the displays are ready  https://www.gentlemonster.com/stories/huawei/

The fact that Facebook still has not cracked the smartphone, even in developing markets, while companies like ByteDance will soon be plowing ahead should make everyone weary of their AR ambitions. They can't build the OS or invent the interaction paradigms — that's what AR needs.

Will that said, John Carmack briefly touched on Facebook Reality Labs in this long-form interview. He remains a great head of some of these initiatives at Facebook.  https://www.youtube.com/watch?v=udlMSe5-zP8 …