Eric Garland+ Your Authors @ericgarland Intelligence analyst and advisor to CEOs and governments. I break down global events into clear narratives and appropriate profanity. Sep. 19, 2019 1 min read + Your Authors

BREAKING: The intelligence whistleblower was concerned about an urgent threat from Trump promising a foreign leader...something disturbing. 🔥  https://www.washingtonpost.com/national-security/trumps-communications-with-foreign-leader-are-part-of-whistleblower-complaint-that-spurred-standoff-between-spy-chief-and-congress-former-officials-say/2019/09/18/df651aa2-da60-11e9-bfb1-849887369476_story.html …

Let's dig into the latest treasonous outrage yet to be fully revealed, shall we?

Given the President's broad authority, for the USIC to get that disturbed means that whatever was on the phone call with a foreign leader...was not OK...at all. 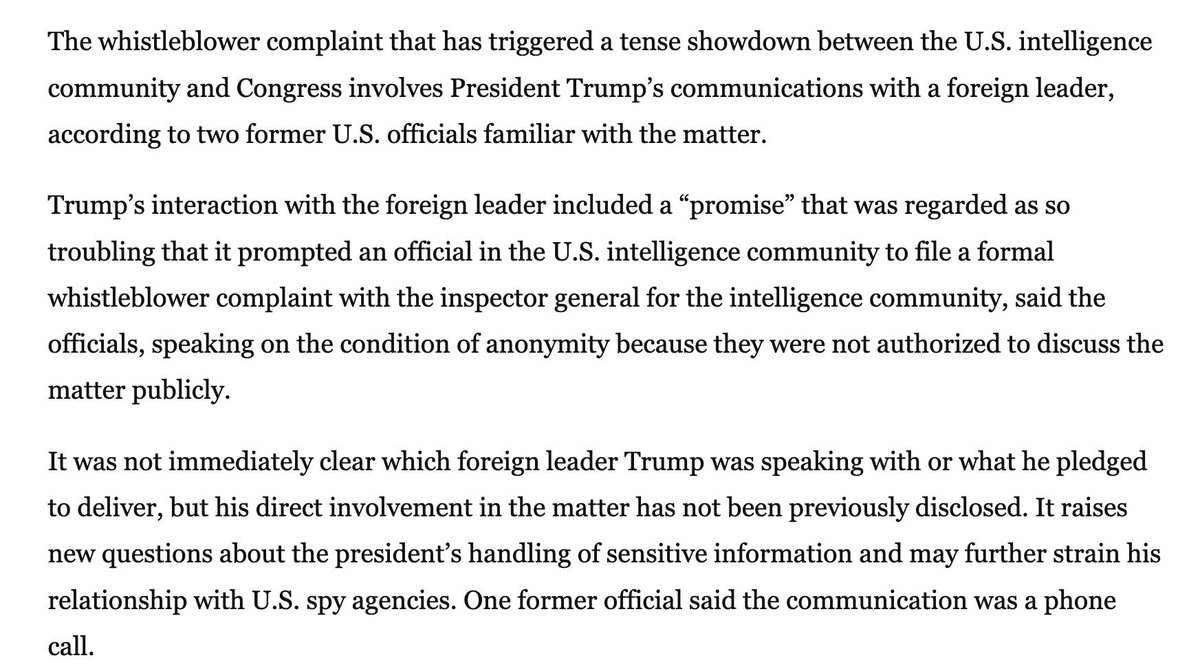 It was so bad, it rose to the level of needing to inform Congressional oversight with great urgency.

1. The Inspector General of the USIC will meet with Schiff tomorrow, closed setting. Infrastructure week continues to be LIT.

2. Where does Trump find time for treason between awful golf matches? 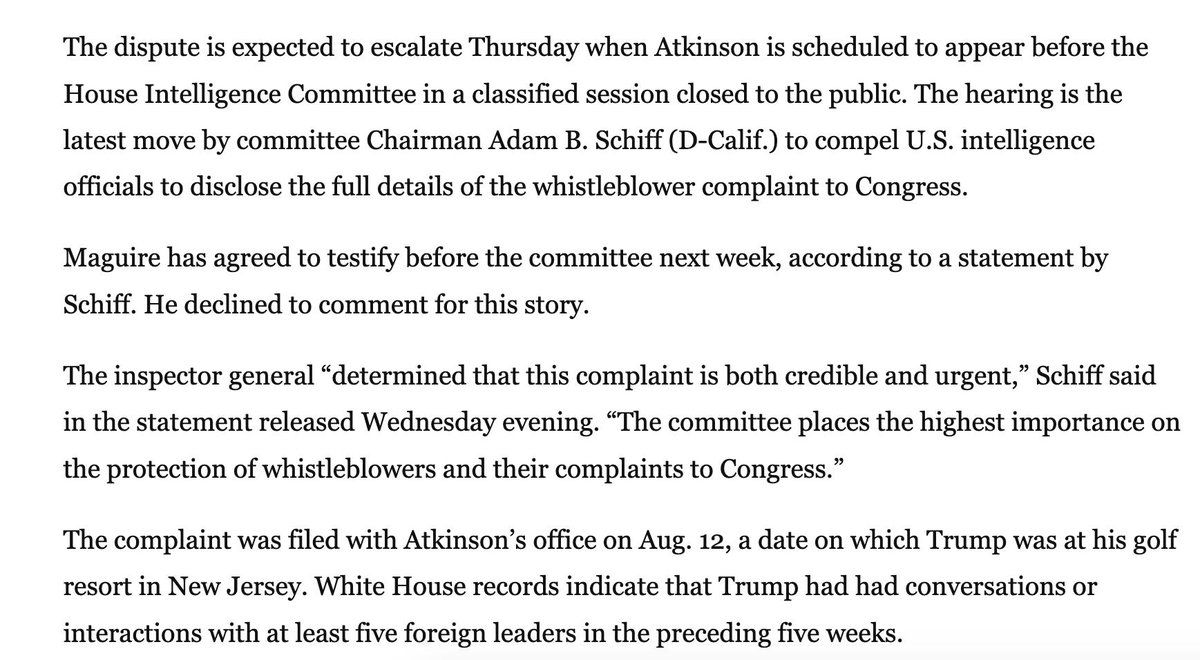 Oh. Trump promised North Korea he wouldn't let the CIA conduct operations against them, even though they're a threat.

Jeez, wonder what the Qatar guy wanted. Also, yes, we remember the Russians in the f**king Oval Office with electronics getting intel from this Mobster scumbag.

OK, so if it's the IG of the Intel Community, but it's not the USIC's actions, and it goes to Schiff, but it involves privileged communications?

Yeah. That would be POTUS or maaaybe Joint Chiefs or SecDef - but POTUS seems most likely.

To be fair, reporting potential treason on behalf of a sitting president IS awkward, no matter what you think of him. 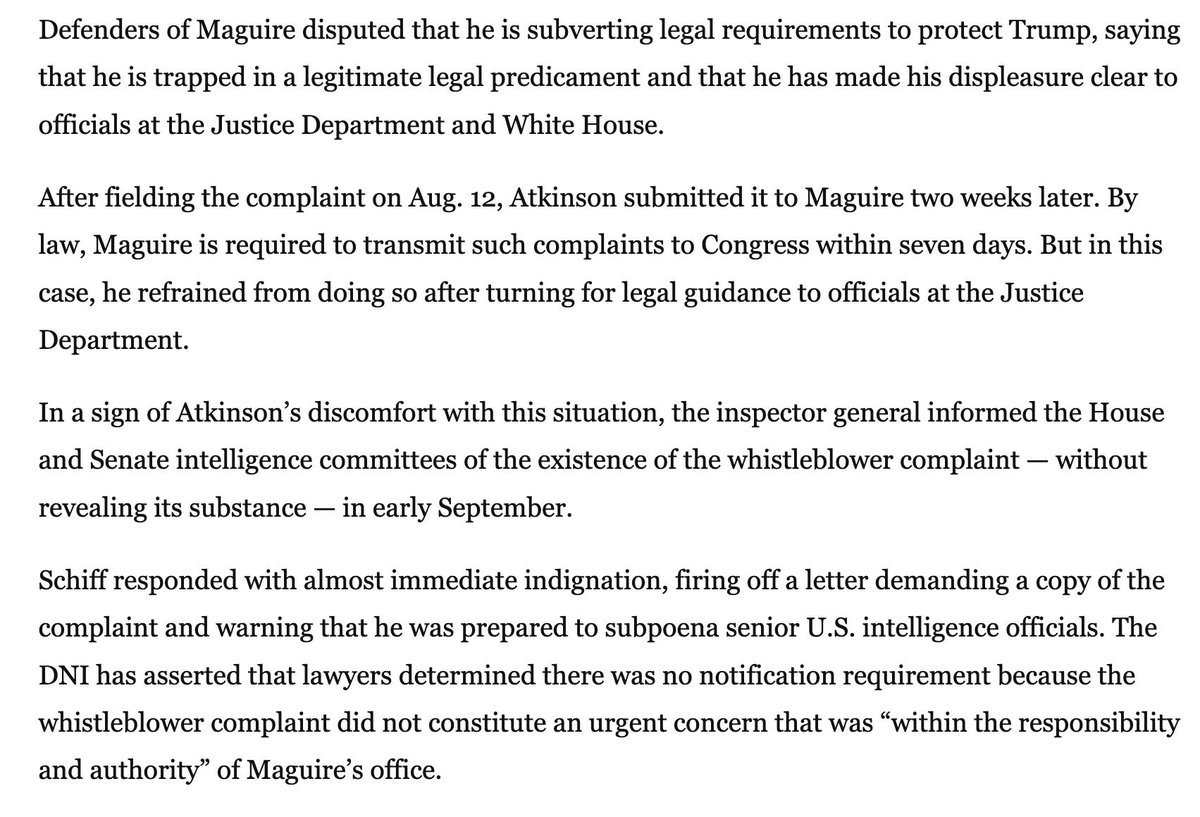