I understand the value of coming together to defeat a tyrant.

My husband experienced the Pinochet dictatorship, which ended when people from different sides came together to oppose Pinochet.

Finding common ground with others does not mean imitating their tactics.

This is particularly true when those tactics got us into this mess in the first place.

Here is a sampling of what people told me when I suggested that we not slam the House Democratic leadership, and that we not resort to fighting fire with fire 👇

I don't think anyone denies that the Republican Party, for decades, have been using exactly these tactics. 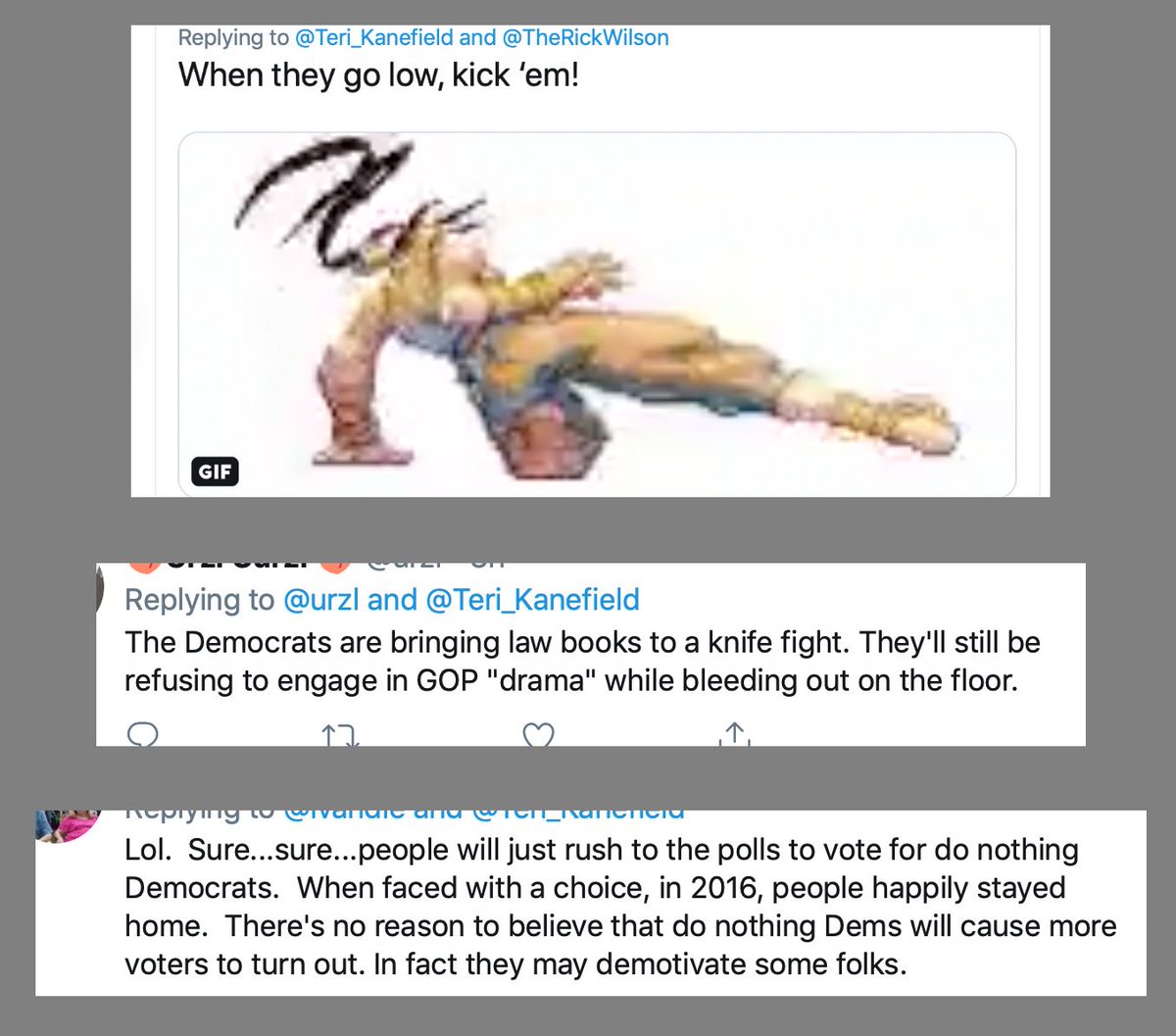 The problem with refusal to compromise is that this is anti-democratic.

"My way or I blow up the place," is dictatorship.

Harvard profs Ziblatt & Levitsky, in👇don't mince words: Over the past few decades, it has been the GOP playing what they call Constitutional Hardball.

For a discussion on how Constitutional Hardball kills democracy, listen to Prof. Levitsky:  https://www.youtube.com/watch?v=10RQd7_dliE … 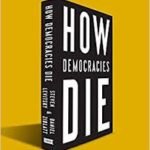 Or you can read my thread on how playing hardball kills democracy here:

There are two ways to remove Trump from office.

We can fight fire with fire, which will probably destroy all of our democratic institutions along with Trump.

7/ Or we can use what Georgetown Prof. David Pozan calls "anti-hardball tactics."

HOW we remove Trump has implications for the future.
https://www.lawfareblog.com/hardball-andas-anti-hardball …

There are people who want to get rid of Trump who ALSO want to destroy our democratic institutions.

I was moved by @MaxBoot's book 👇. I believe he is genuine and, like the other Never Trumpers, wants to save the nation.

I welcome him to the fight to get rid of Trump.

However, I can't endorse the GOP hardball methods that got us into this mess in the first place. 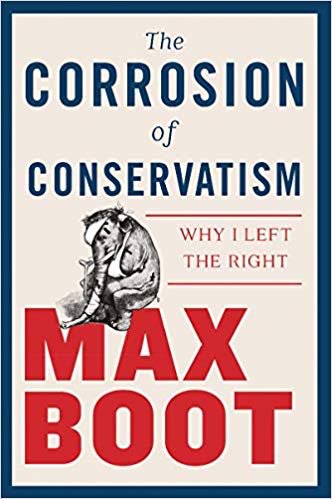