Today is climate strike day. Millions of people across the world, according to the organisers, will be marching to save the planet.

But having dug into what they're actually marching for, I'm profoundly uneasy. So uneasy, in fact, that it's time for a THREAD.

One of the key demands of @GretaThunberg et al is that people respect the science, and unite behind it. I completely agree. But the manifesto for the climate strike movement isn't just unscientific, but actively anti-science - and hugely dangerous as a result.

If you go to the Global Climate Strike website ( https://globalclimatestrike.net/ ), and look under 'What are we asking for?', you find these demands 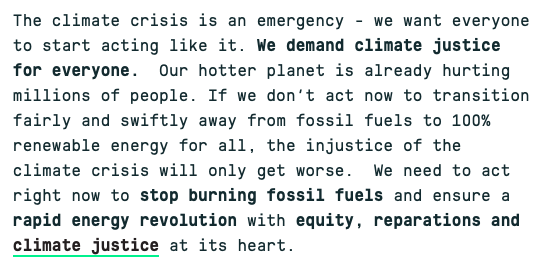 Already, then, this isn't just about saving the planet - it's about 'climate justice'. Including 'reparations'. This presumably means that since Britain invented the Industrial Revolution and has bumped X million tons of CO2 into the atmosphere since, it should pay Y% of the cost

But if you then follow the link that defines 'climate justice' you get taken to the 'People's Demands' (the people in this case being a coalition of left-wing global activist groups)  https://www.peoplesdemands.org/

And these demands are really, really worth fisking - because if the millions of people marching were told about them, I suspect they'd have a very different take.

Let's start from the top - ban fossil fuels! It's an obvious place to start. 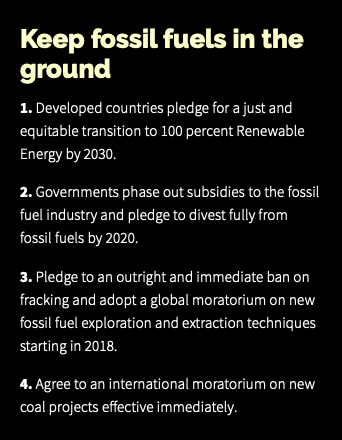 In 2011, the Climate Change Committee concluded that Britain might realistically get to 30-45% of all energy consumed (not produced) being renewable by that point  https://assets.publishing.service.gov.uk/government/uploads/system/uploads/attachment_data/file/48128/2167-uk-renewable-energy-roadmap.pdf …

Since then, things have gone pretty well. By 2025, half of the electricity produced in the UK will be from renewable sources  https://www.carbonbrief.org/analysis-half-uks-electricity-to-be-renewable-by-2025 …

Admittedly, this has been relatively low-hanging fruit - switching from coal to other sources (and, as @CPSThinkTank warned eg in this report, offshoring some of our emissions  https://www.cps.org.uk/research/the-hidden-wiring …)

The current target is to decarbonise the economy by 2050. Philip Hammond has said this will cost £1 trillion. That equates to about £33 billion, or 1.5% of GDP  https://uk.reuters.com/article/uk-britain-climatechange-hammond/decarbonising-uk-economy-will-cost-1-trillion-cannot-be-delayed-hammond-idUKKCN1T80OG …

I've tried to look up how much extra it would cost to bring that forward by 20 years(!) to 2030. But there are no reliable estimates. Because it would be INSANELY expensive. (In fact, pretty much just insane.)

But it gets worse, because Greta and co want us to do this with our hands tied behind our backs.

The next instalment of the demands urges us to 'reject false solutions'. These include (deep breath): 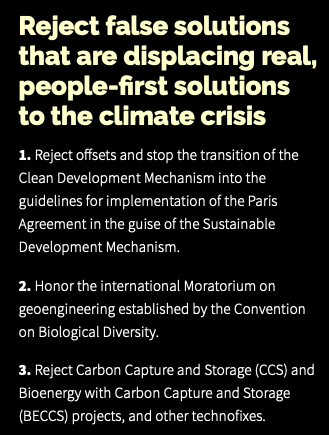 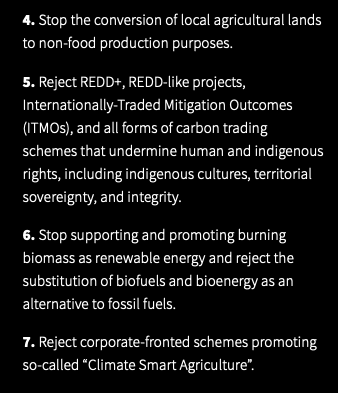 In other words, we cannot use market mechanisms, economics or technology to cut carbon emissions. We need trees, not factories.

This position is made crystal clear in the next set of demands. These reject the use of nuclear power, insist on 'non-market approaches', condemn corporations, and praise 'agro-ecology' and 'food sovereignty' 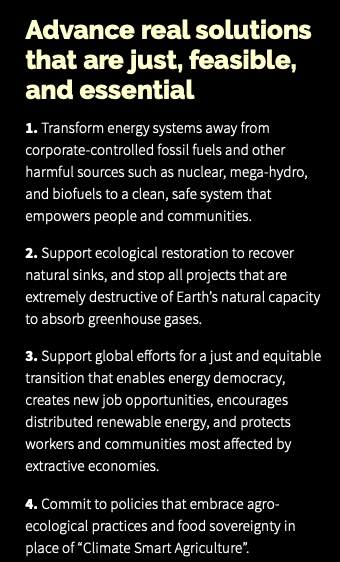 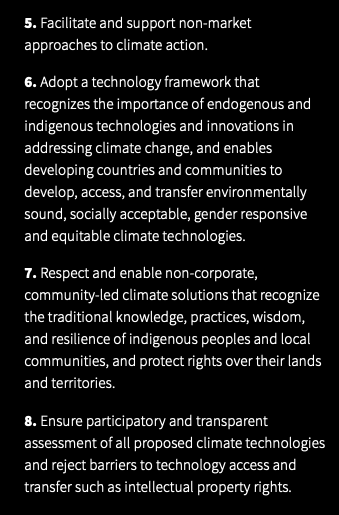 Agro-ecology, when you look it up, involves “an explicit focus on social and economic dimensions of food system [and] a strong focus on the rights of women, youth and indigenous peoples”

These techniques involve using agricultural methods that "avoid institutionalised prejudices that are inherent in society (such as gender, age, language, occupation)"

The message is clear. The best way to save the planet is to “facilitate and support non-market approaches to climate action”, support “environmenally sound, socially acceptable, gender responsive and equitable climate technologies”...

"respect and enable non-corporate, community-led climate solutions that recongise the traditional knowledge, practices, wisdom and resilience of indigenous peoples and local communities” and “reject barriers to technology access and transfer such as intellectual property rights”

Oh, and pay loads and loads of extra money to poorer countries 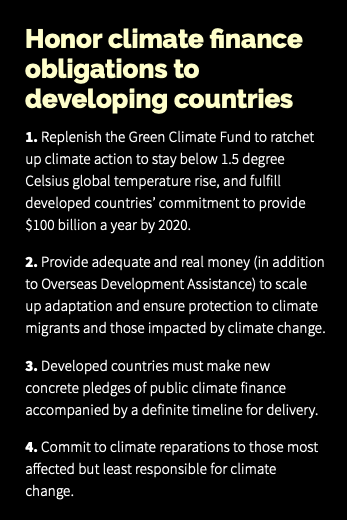 Now, I've worked as a science journalist. I devoted an entire chapter of my book ( https://www.amazon.co.uk/Great-Acceleration-World-Getting-Faster/dp/1408840219/ref=tmm_pap_title_0?_encoding=UTF8&qid=&sr= …) to the impact our faster lives are having on the planet. I believe that climate change is a pressing and urgent problem.

But this manifesto would make things worse. Because it is not asking 'What is the most cost-effective way to prevent or protect against climate change?' - or indeed 'How do we grow the maximum amount of food, as cheaply as possible, with minimum emissions?'

It is instead telling us that market mechanisms like carbon taxes - by overwhelming consensus the mechanism favoured by serious economists - have no place at all in fighting climate change. Nor do drought-resistant crops, or plants engineered to withstand seawater.

Nor does rewarding companies for low-carbon innovation - or even investing in the fundamental technologies that could have a transformative impact.

Nor, if worst comes to the worst, will we be able to use technology to mitigate the impacts - despite the fact that the UN climate predictions literally have an acceptance of limited geoengineering built into them

In my book, I diagnosed what I called 'utopian authoritarianism' - the idea that the only way to save the planet is for people on the left to command others, in the developed and developing world, to live poorer, meaner lives 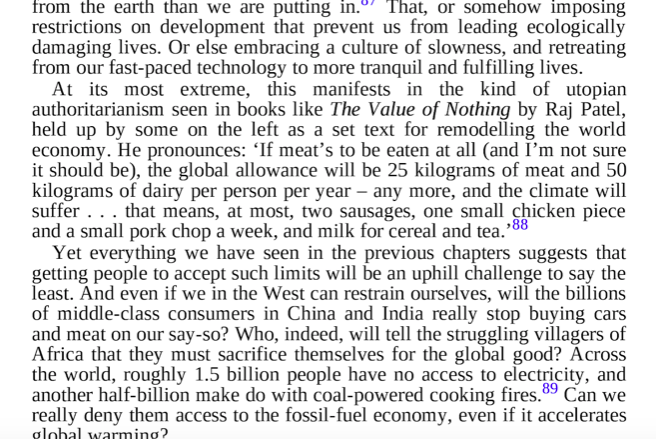 If we're going to save the planet, we do need to unite behind the science. But that includes the science of economics. (End of rant.)