Unlike some of its rival tech giants, Amazon has never claimed a greater purpose than selling its shoppers what they want. But a growing number of Amazon employees have been calling for the company to help combat the perils of climate change.  https://lat.ms/2lZn8n6

Hundreds of Amazon employees plan to walk out of the company’s Seattle headquarters, and from Amazon offices in L.A., San Francisco and other U.S. cities, as part of a global “climate strike.” 📸: Lisa Werner/Moment Editorial/Getty Images  https://lat.ms/2lZn8n6 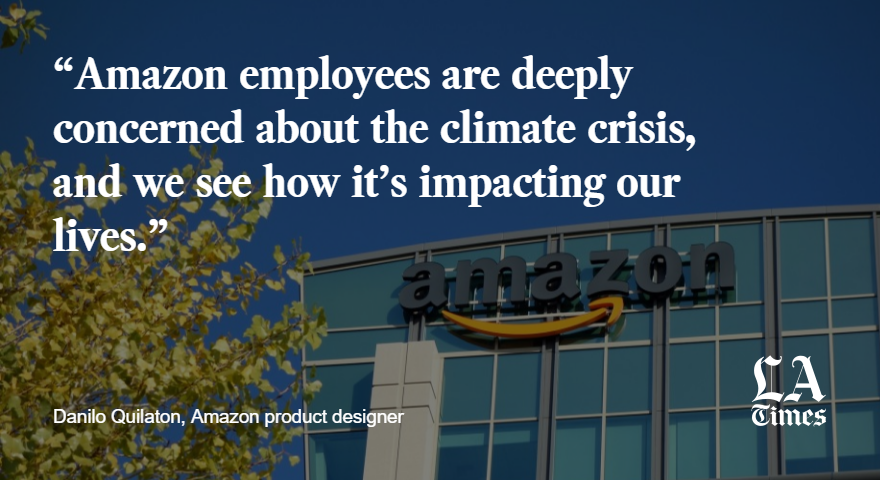 Amazon Employees for Climate Justice has spent this year urging Jeff Bezos to take more urgent steps, and their effort is a key reason why Amazon’s footprint increasingly is coming under scrutiny.  https://lat.ms/2lZn8n6

Their protests appeared to pay off when Bezos announced that Amazon will significantly step up its effort to completely reduce its dependence on fossil fuels to power its massive operations. 📸: David Ryder/Getty Images  https://lat.ms/2lZn8n6 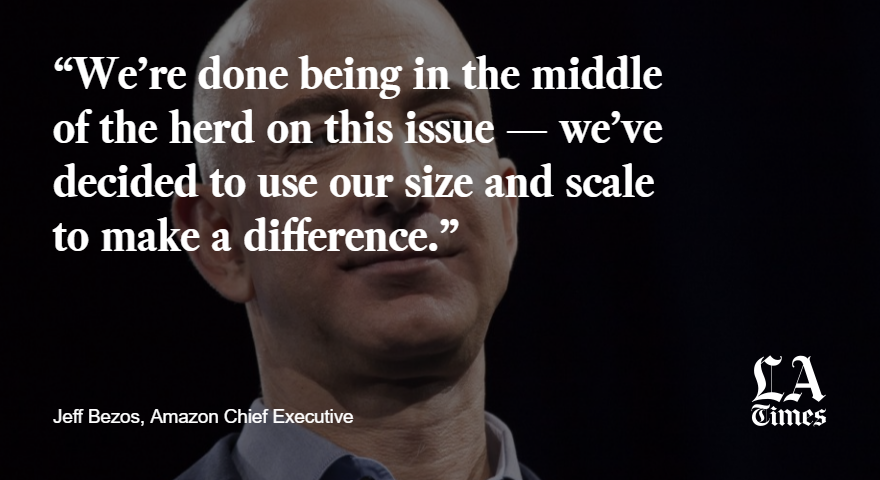 The Amazon employees’ efforts are the latest example of how more U.S. workers, especially in the technology industry, are willing to publicly embrace corporate activism on social and environmental matters.  https://lat.ms/2lZn8n6