If you like what I do on here, and would like to see more of my writing, I recommend you pre-order my debut novel.

It's how you vote to the publishing world for more me.

Official publisher's pre-order page. It's got all the buttons to do the buy-stuff.  http://static.mhpbooks.com/the-revisionaries/ …

Why pre-order? This is why.


"Moxon is a writer of boundless imagination—also heart, also humor—and The Revisionaries is almost maddeningly enjoyable…I loved this novel. Just plain loved it."

"It’s a good thing The Revisionaries is so funny. It will prevent whatever civilization that finds it thousands of years from now forming a creepy new religion around it."

"The Revisionaries has not only heart and brains but the lively pulse of a singular voice."

"Audacious, funny, and relentlessly inventive…If Kurt Vonnegut had been commissioned to rewrite the Old Testament, this would be the result."

Yes! Libraries are wonderful and we love them with all our brains.

Asking a library to shelf my book helps a lot, too. Please feel free to do that, if that’s your ability or preference.

The tentative release date was Sept 10, but it was moved not long after that to the actual release date—Dec 3.

If you see otherwise, either the site hasn't updated their metadata or your cache needs to be refreshed.

Thrilled to say I’m getting a starred review in the November issue of Booklist!

“Sprawling, mesmerizing, unforgettable ... Moxon’s astounding novel, bursting at the seams with ideas and pathos, is a breathless demonstration of masterful storytelling.”  http://static.mhpbooks.com/the-revisionaries/ … 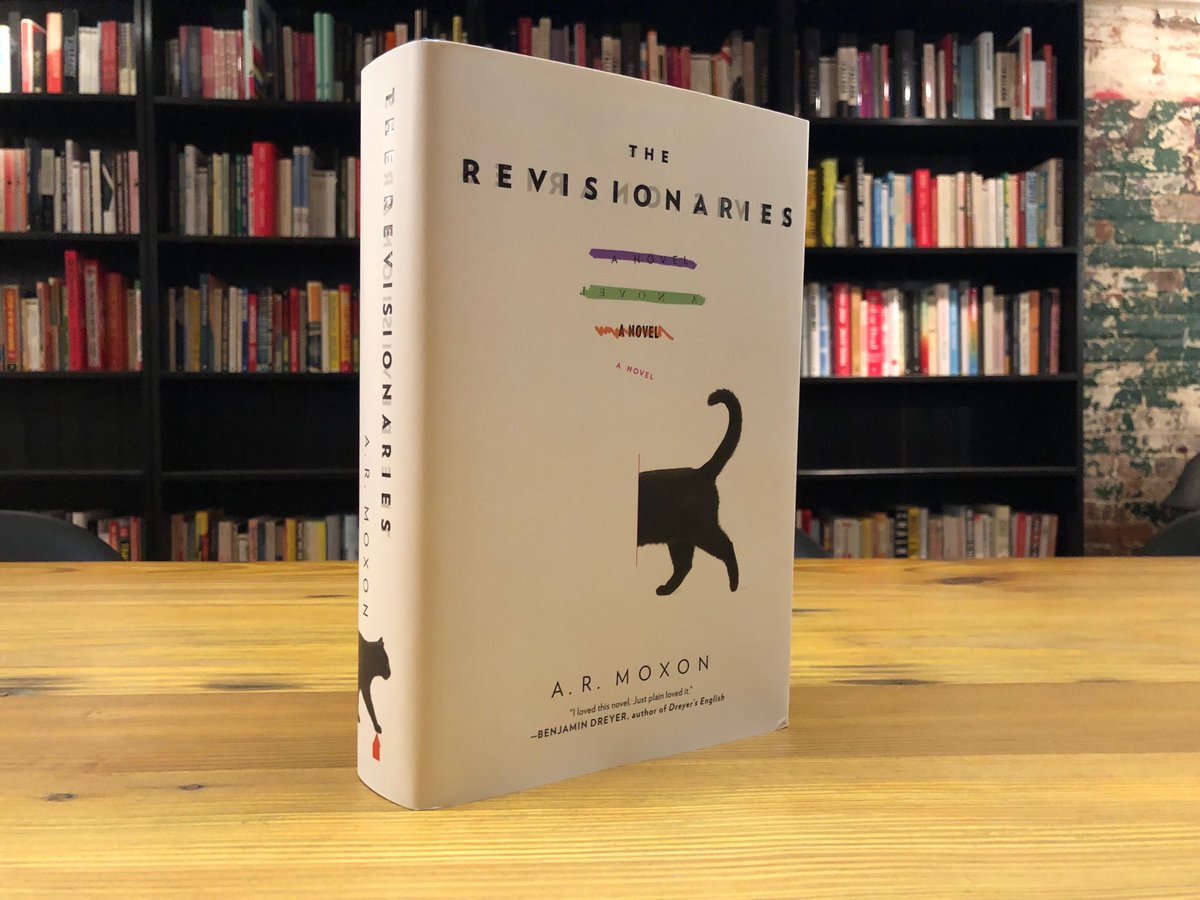 This is the sort of review a writer dreams of. 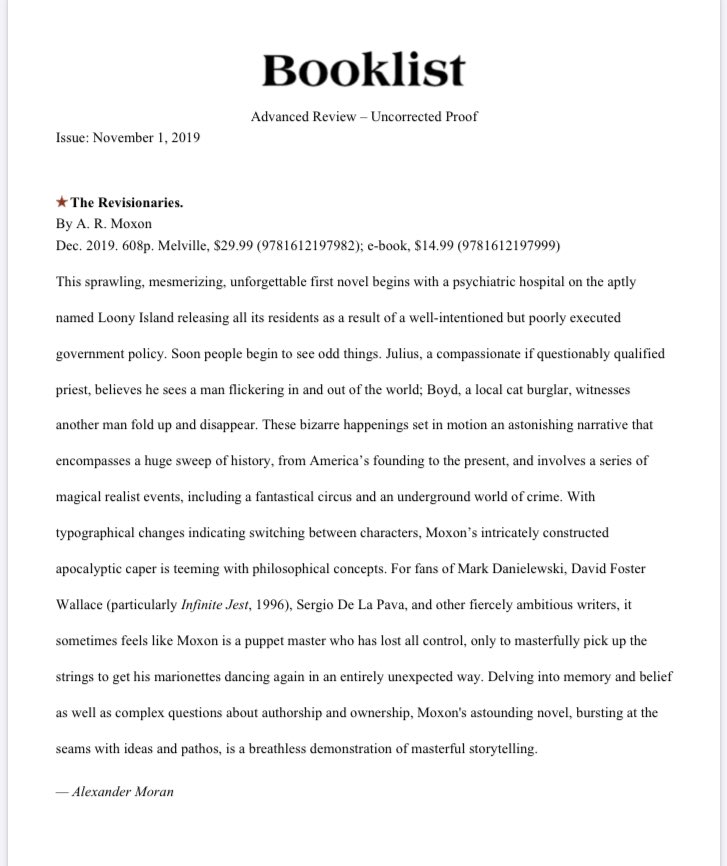 Link to the Booklist review, if you'd rather not read that tiny-lettered photo.