In the memo, Vance's assistants slam the notion that the "President enjoys not only a blanket immunity fro criminal prosecution," but also "routine, lawful grand jury request for information" extending to "any person or entity who happened to be associated" with him, and so on. 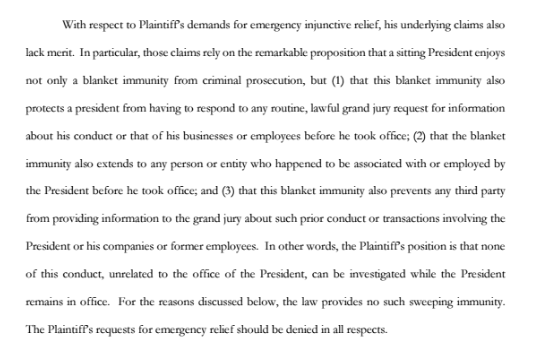 Citing fact that every U.S. president since Jimmy Carter voluntarily disclosed them, the Assistant DAs write: "Again, there is no 'immunity from scrutiny' of this sort in the law." 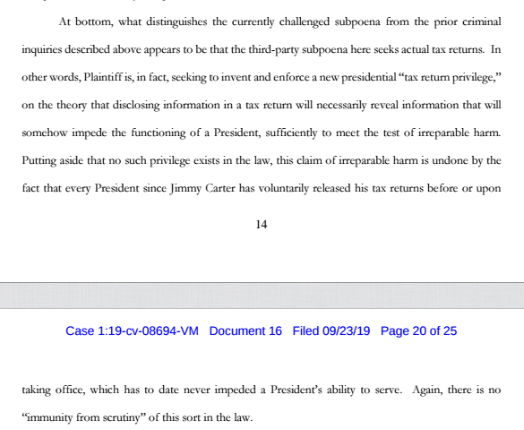 Before fighting the subpoenas, the Trump Organization complied with the grand jury probe—turning over 3,376 pages of records, per court docs.

But no tax returns, Vance says.