This is the first piece I’ve watched that truly captures the soulless grind that has become of Chinese Social. Dead eyes and failed dreams, pumping out nationalistic content for a foreign power and culture that can’t get enough. An eerie cog in a machine.
https://youtu.be/xZ3RbDTc_fY

You can at least appreciate the transparent nature of traditional propaganda, like the Huawei song that dropped following the CFO’s arrest. Netizens universally trashed it — but you can give it a nod. The ‘white monkey’ content farms are simply dystopian.
https://youtu.be/NQsSQp2WoRo

It's hard to even compare this to the Viner Migration 😬

That video, by the way, was ripped from Weibo and appeared on this throwaway YouTube account, described as "Anti Americanism." It's hard to even recognize how many players and stakeholders are in this game, lurking across the platforms.  https://www.youtube.com/watch?v=Mrx4ld3hmmw … 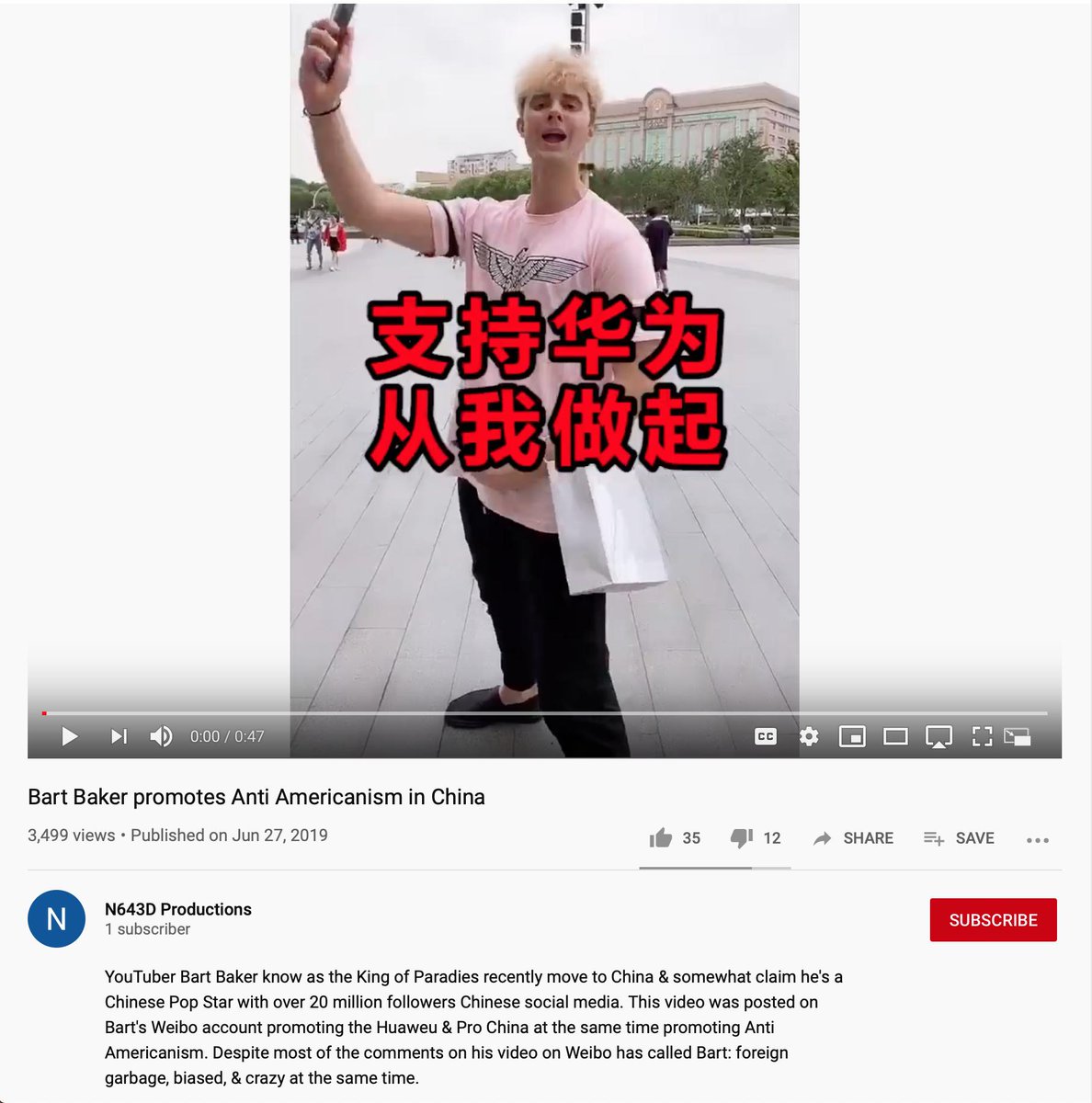