I know everyone's attention is elsewhere but Labour conference has just voted for zero-carbon 2030 target, one of the most radical polices by a mainstream political party in my lifetime

“Net zero by 2030 will be extremely difficult...if it can be done it should be and if it can’t then missing the target by a few years or even a decade is still a far better outcome than hitting the government’s 2050 target, which is dangerously late.”

“Business is completely behind the transition to a net-zero economy by 2050, but there is no credible pathway to achieving it by 2030. Business wants to work with politicians on a climate policy that is ambitious but rooted in reality." 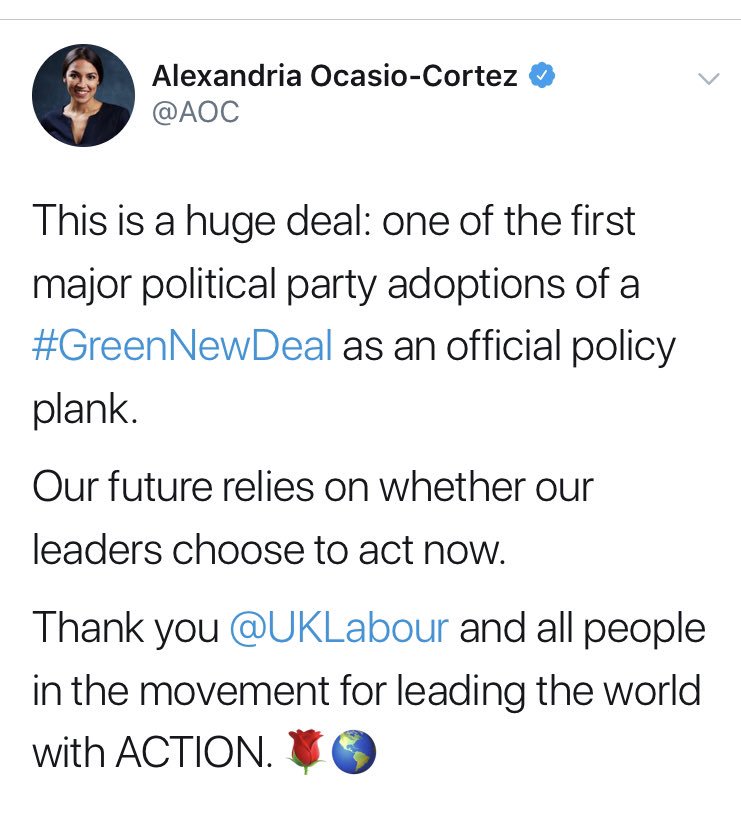