QUOTE (to Zelensky): "I wouldn't say it's reciprocal necessarily because things are happening that are not good but the U.S. has been very very good to Ukraine" 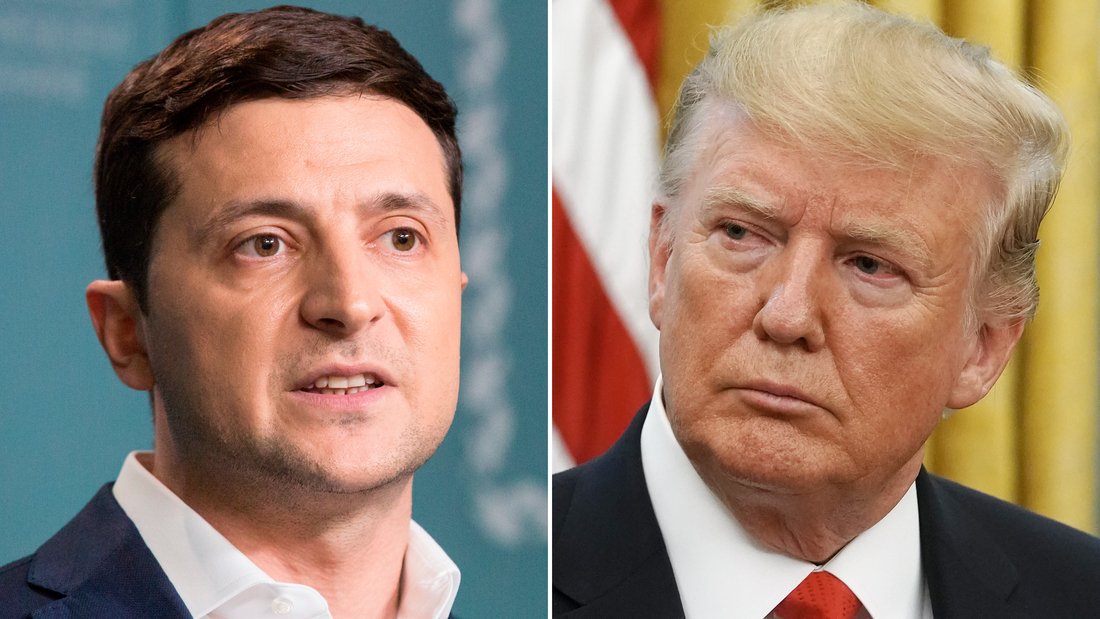 BREAKDOWN1/ Trump is complaining to Zelensky that the relationship between the U.S. and Ukraine is "not reciprocal" because things are happening in the Ukraine that are "not good." As the call goes on, it's clear one of the not-good things is the lack of a Biden investigation.

BREAKDOWN3/ Zelensky chooses to ignore Trump's comment and focus on another part of what Trump said, involving Germany. But he then raises the matter of getting Javelin missiles from the U.S.

Trump's *very first response* is to ask for a *new Ukrainian corruption investigation*.

BREAKDOWN4/ This is, beyond a reasonable doubt, an illegal quid pro quo and a smoking gun national security offense, as well as a crime and impeachable. I don't know what the White House was *thinking* in implying yesterday that what we'd see would be otherwise. This is *bad*.

BREAKDOWN5/ There are some very scary things in that call. Trump appears to issue a threat against America's own former ambassador to Ukraine. Zelensky implies he's willing to take evidence from Trump and insert it in his nation's corruption investigation of Biden. And much more.

BREAKDOWN6/ Zelensky tries to score points by saying he stayed at a Trump property, which is *exactly* what the Emoluments Clause is intended to protect us against. Zelensky says Trump gave him some sort of covert, previously unknown warning about America's ambassador to Ukraine.

BREAKDOWN7/ Last night, major-media and law enforcement analysts were saying there couldn't possibly be anything bad in this transcript or else Trump wouldn't be releasing it. Now, today, we're looking at this thing and it is *far worse* then I think anyone expected it would be.

BREAKDOWN8/ Given that this is only an abbreviated transcript, I'm terrified to think what the rest of the conversation as heard on audiotape would reveal, and the notion this call is just one of a long series of events discussed in the whistleblower complaint Trump was blocking.

BREAKDOWN9/ Let's be clear in saying this transcript contains evidence of multiple federal crimes, all of which are also impeachable high crimes and misdemeanors. In an America that still made sense, I'm saying to you seriously Trump would begin negotiating his resignation today.

BREAKDOWN10/ Ryan Goodman (@rgoodlaw) writes, "DNI and [ICIG] 'each referred complaint for a possible criminal investigation into' Trump's actions but DOJ quickly declined (NYT)." But Barr was a witness in the potential criminal case, so he had *no business* making that decision.

BREAKDOWN11/ If the New York Times is correct, Attorney General Bill Barr may also have committed a crime here, and there's literally no option right now but for a new Special Counsel to be appointed to investigate this rapidly expanding Trump-Ukraine scandal. This is *very* bad.

BREAKDOWN12/ I'll admit that I woke up this morning thinking that we'd find little in the transcript, and would need to see the full whistleblower complaint to derive anything of value from this administration's new disclosures. Instead, everything is *way* worse than I imagined.

BREAKDOWN13/ Giuliani admitted last night on FNC that he was working with Ukraine in his capacity as Trump's defense lawyer, but now that we know Trump told Zelensky that Giuliani would be working *with Barr*, it's clear the AG has indeed been acting as Trump's personal attorney.

BREAKDOWN14/ I'm still waiting for anyone in major media to do the sort of deep dive on this transcript that's happening right now on this feed and elsewhere on social media. All I'm seeing are stories that report out the transcript as though we know nothing new from yesterday.

BREAKDOWN15/ The good news is that the feeds I'm seeing that like this feed are authored by an attorney are coming to the exact same conclusions that this one is: this transcript is riddled with criminal evidence and bases for impeachment and a Special Counsel must be named. /end

PS2/ Media is repeating Trump's false denial (that there's no quid pro quo in the call), though there is, and presenting Democrats' argument about the call as simply being that Trump mentioned Biden, when in fact Democrats (all Americans) are floored by how much more was in this.

PS3/ *So many questions* remain unanswered, including why we received this abbreviated document rather than a full transcript, why we can't hear the audiotape, why William Barr didn't recuse himself from the investigation, why DOJ didn't talk to anyone in the room for the call...

PS4/ ...and why media isn't focusing on Trump's request for "reciprocity" in the US-Ukraine relationship, which he made clear would be based on US aid to Ukraine on the one hand and Ukraine complying with Trump's demand regarding domestic Ukrainian corruption probes on the other.

PS5/ If Democrats understood the *first thing* about political messaging, every single one within range of a microphone or television camera would be using the phrase "worse than anyone ever imagined" in nearly every response to a question about their reaction to the transcript.

NOTE/ I've been referring to the doc released today as an abbreviated transcript, but of course it's only a "memo" regarding a call, and has *countless* indicators of being *woefully* incomplete re: Trump's eight asks about Biden. And yet you wonder, how much worse could it get?

NOTE2/ Major props to @matthewamiller, who on MSNBC just said, "This document, on its face, is a prima facie [on its face] case for impeachment."

NOTE3/ If this is what Trump was willing to say during a phone call he knew many people were listening to, imagine what he said to Vladimir Putin in a closed-door session with just one interpreter whose notes Trump immediately trashed? I repeat my claim: he's a *career criminal*.

NOTE4/ Before this is over, I anticipate it will mirror the Russia scandal, and many will go back to those facts with fresh eyes.

Specifically, I'm thinking of suspicious firings that increasingly look like attempts to ensure Trump didn't get caught for what he did with Ukraine.