BREAKING on MSNBC: GOP Senator Says Abject Terror Is the Only Thing Keeping Republican Senators From Voting to Convict An Impeached Trump 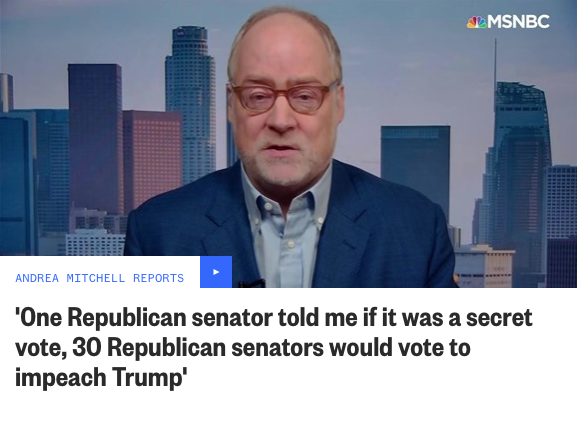 FACT #2: These 30 senators are violating their Oath of Office and threatening national security because they don't want to be primaried

NOTE2/ So I guess that until we know *which* 30 GOP senators are traitors to the United States, we just have to assume *all* of them are? For the sake of national security?