It is scary that this has to exist, and I wish the FBI had provided more context about it. 8chan has been down since CloudFlare pulled the DNS. The framing here makes it sound a lot like the 'Joker threats' arose on the Zeronet mirror of 8chan.  https://io9.gizmodo.com/u-s-military-issues-warning-to-troops-about-incel-viol-1838412331 … 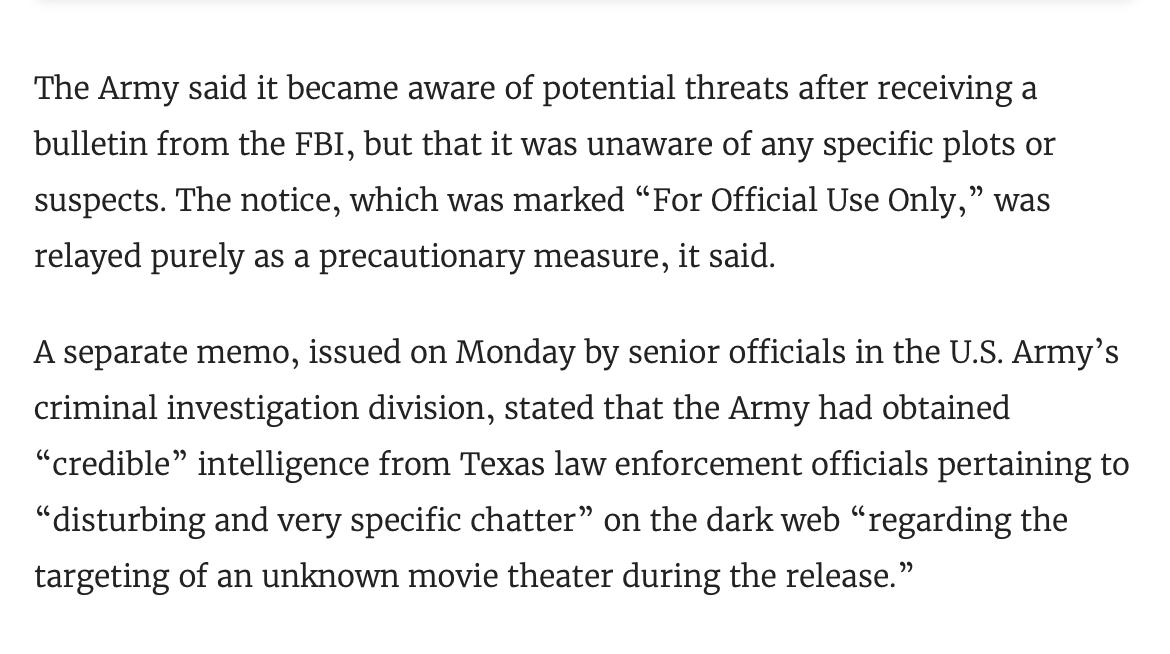 That is the most reported 'dark web' mirror, anyways. Ironically, however: "Only 41 percent of 08chan’s users’ are using Tor, based on our analysis of the peer-to-peer traffic at the site."  https://www.thedailybeast.com/8chan-users-migrating-to-zeronet-are-accidentally-revealing-their-locations …

The FBI and NSA had unwound Tor in fairly recent history, and it is likely that they still wield these exploits, given the lengths they had gone to protect them — dropping prominent cases such as this.  https://arstechnica.com/tech-policy/2017/03/doj-drops-case-against-child-porn-suspect-rather-than-disclose-fbi-hack/ … 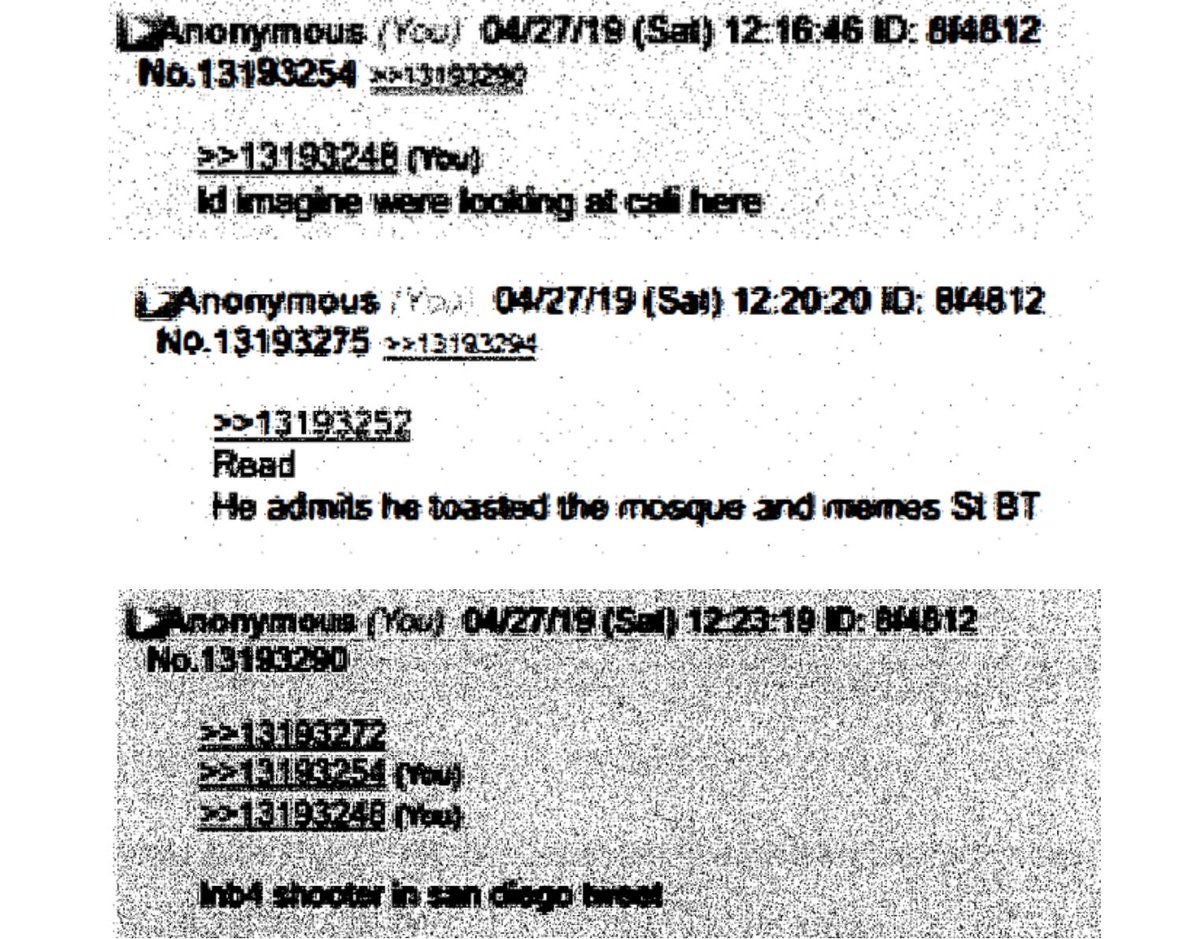 It's pretty alarming to think that someone on the public's payroll is radicalizing young men on 8chan w/ conspiracies in real-time, while the FBI has continuously failed to foil such events. Following the three 8chan attacks, we are simply left w/ a leaked 'watch out' bulletin. 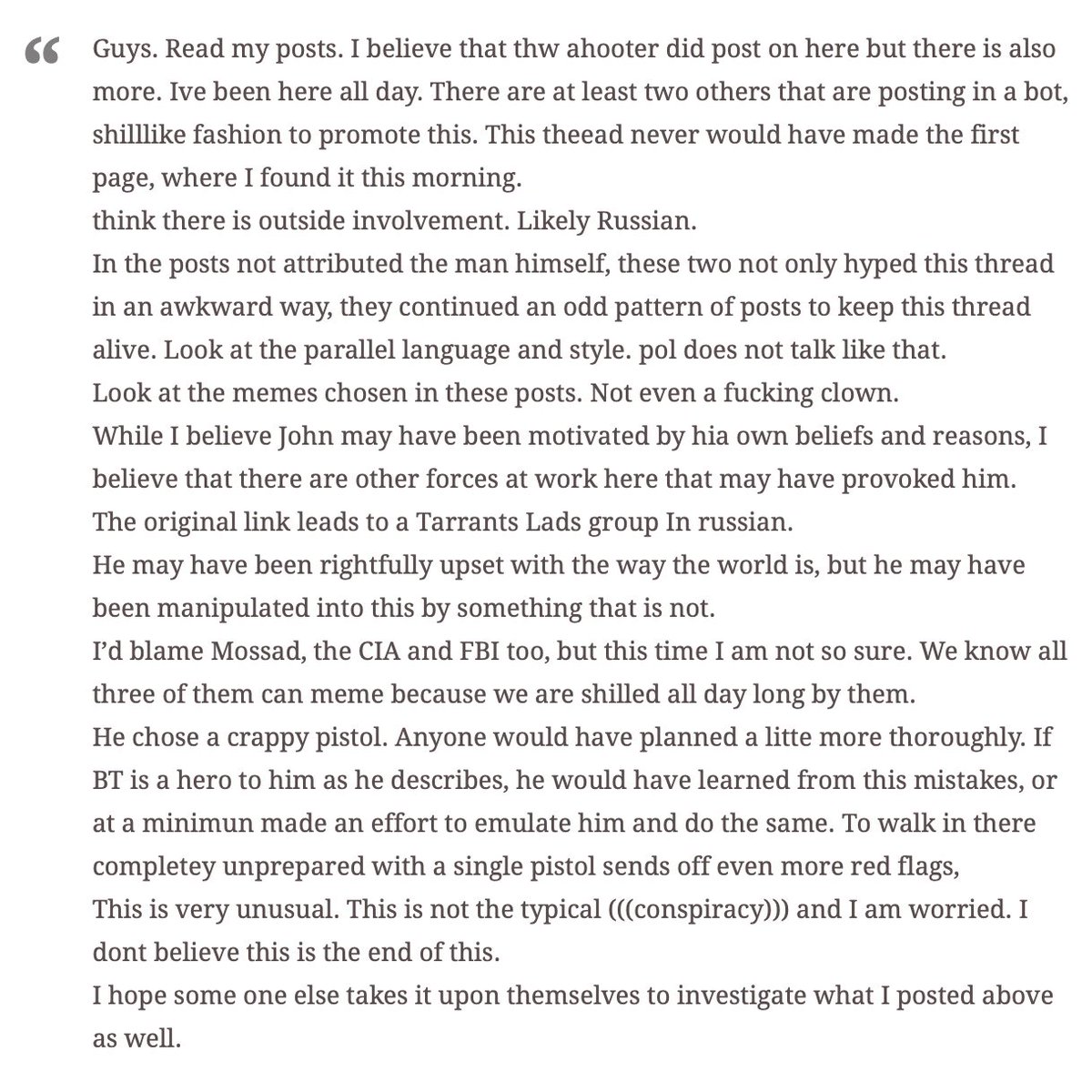 More likely than not, nothing will come of the anonymous threats the FBI described. But a Warner Brothers movie will again be kneecapped, with the public further on the edge of their seat. What scares me is that this was likely the first incel bulletin too

I wrote more about the failures we have witnessed in many of these 8chan attacks in this thread. It's just disheartening, really, and the reality is that these threats are more likely to worsen than subside as we enter the next era of the Internet.

Given the 'incel' nature of the anonymous, credible threats targeted at showings of the Joker movie, as described by the FBI, I will reiterate the story of ElliotSupremeLady that I have tracked for 2+ years. This is a screenshot from today. 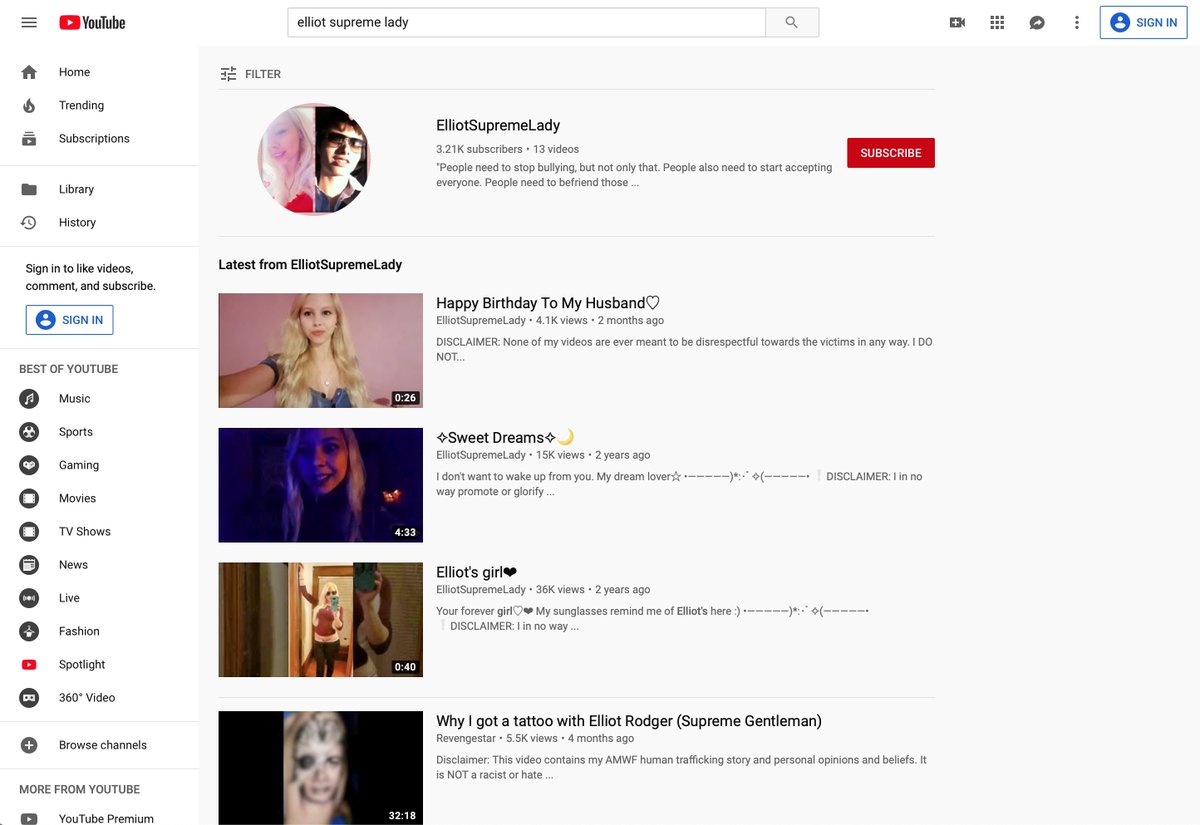 This young women has uploaded monthly on YouTube for years, idolizing the incel mass killer, constantly tracking reuploads of his manifestos on and off the platform, and giving rise to a not-insignificant community and fandom.

I have tracked this, & flagged this, for years. After the Toronto incel terror attack, the account was wiped from the platform along w/ the original manifestos (which were available for years). But then it won a takedown appeal and was back within weeks.

It’s unfortunate that these domestic terrorists are given a platform, and gain the notoriety they seek after each of these attacks. This video confirms, again, the motivations. It’s release timing — in the midst of the Joker scares — is just dangerous.