Someone get Priebus before Congress to give details on his January 2017 call with Manafort and knowledge of Manafort's other calls with Trump, because we're going to learn Trump's efforts to quash Manafort's legal troubles in Ukraine began not long after

A few months after Trump is forced to stop (or apparently stop) secretly talking to Manafort, he green-lights sending weapons to Ukraine Obama wouldn't send for fear of them falling into Russian hands; soon after, Ukraine stops investigating Manafort 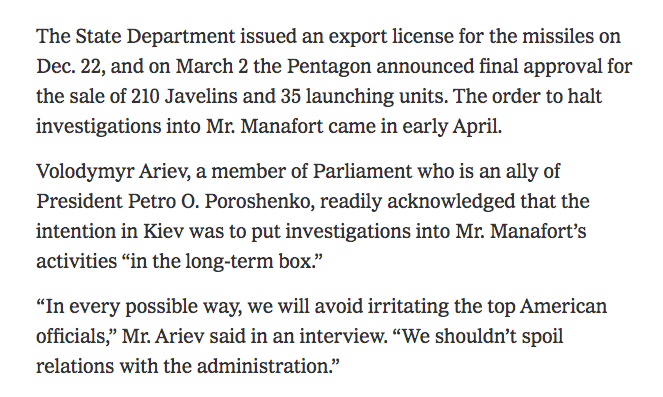 It's ALMOST like Trump REPEATEDLY used U.S. military aid to Ukraine as an illegal chit, first to tamper with Manafort as a witness, then in spring '19 to tamper with Mueller's probe by getting dirt on Clinton, then in July to tamper with the 2020 vote by trying to take down Biden

It's ALMOST like this whole thing is STILL about Russia