Eric Garland @ericgarland Strategic analyst. Here for the Endgame and the next chapter beyond. Sep. 26, 2019 1 min read

Confirms even the likely-flawed notes from the call.

There are many witnesses to this scheme.

In other words, this isn't a matter of not liking a policy decision - but law breaking and threats to our national security FROM A PRESIDENT.

Trump used his office not only for personal gain, but to derive that gain from foreign direct interference in U.S. politics and elections.

1. Trump is trying to get Ukraine to help him counter USIC conclusions that Russia attacked our democracy.

2. Barr and Giuliani TOGETHER as his go-betweens? He can kiss executive privilege bye-bye.

Getting Ukraine to investigate Biden is impeachable enough...but what if the other cases pertain to Manafort, Giuliani, Cohen, Russian oligarchs?

Looks like we got a crude set of notes - not the word-for-word transcript, which the White House attempted to hide.

They tried to make a transcript of a Mob shakedown look like TS+ intelligence that needed compartmentalization.

The president's "personal attorney" acted as a diplomat for America while solely pursuing corrupt goals of Donald Trump.

Oh and look - it all comes back to Putin.

Where are the transcripts of Putin and Trump? Let's get THOSE plus the Helsinki interpreter's notes. 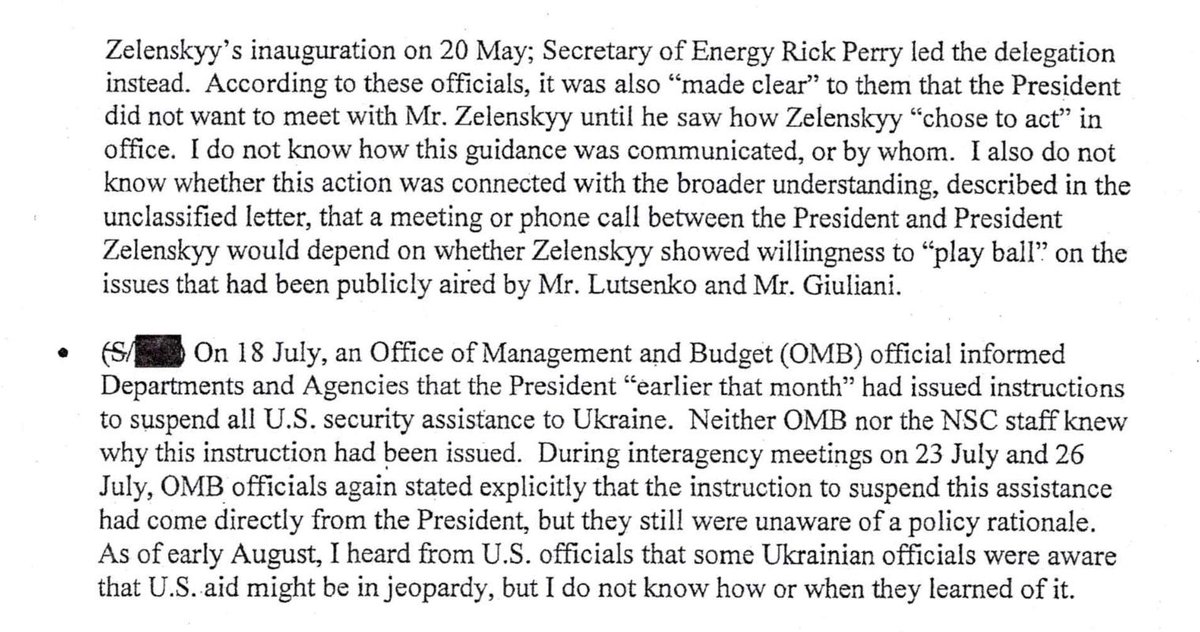