Where a string of detectives had failed to crack Samuel Little, one of the nation’s most prolific serial killers, a soft-spoken Texas Ranger named James Holland managed to unlock a killer’s darkest secrets.  https://lat.ms/2mRO3BC

In 650 hours of interviews over 16 months, Little confided to the detective he had strangled 93 women and transgender women during a 40-year nomadic rampage from Florida to California.  https://lat.ms/2mRO3BC

Confirming Little’s claims has required a nationwide effort by Texas Rangers, FBI analysts and detectives to unravel mysteries in reverse and modern forensics played no role. By his count, Holland and his team have confirmed 57 of Little’s 93 confessions.  https://lat.ms/2mRO3BC

During the process, the ranger asked if Little would draw portraits of his victims. Little agreed, and Holland set up a studio in his cell. The portraits — in watercolor, acrylics and chalk — could be surprisingly accurate.  https://lat.ms/2mRO3BC 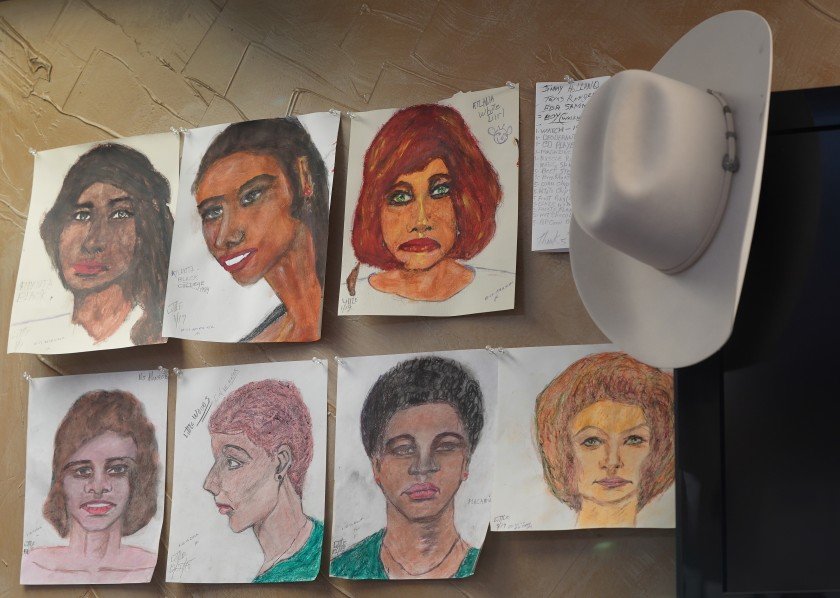 Little’s once photographic memory is deteriorating, and the detective fears the killer won’t be able to identify a woman’s photograph, recall a detail or sketch an accurate portrait of the 15-or-so victims the ranger has yet to name.  https://lat.ms/2mRO3BC 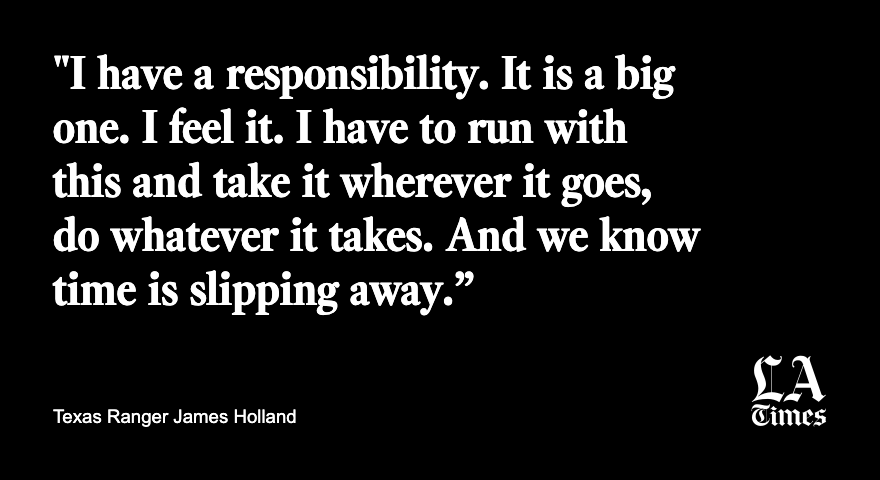 There is a maxim about serial killers — they only talk when they are ready. For more on how the Texas Ranger got Samuel Little to confess, read more from @DelWilber:  https://lat.ms/2mRO3BC