Just over half of California’s registered voters have considered leaving the state, according to the latest latest UC Berkeley Institute of Governmental Studies poll conducted for the Times  https://lat.ms/2lJqcE4

Young voters were especially likely to cite unaffordable housing as a reason for leaving. But, conservatives, also frequently suggested they wanted to leave — and for a very different reason: They feel alienated from the state’s political culture.  https://lat.ms/2lJqcE4

Republicans and conservative voters were nearly three times as likely to have seriously considered moving as their Democratic or liberal counterparts — 40% compared with 14%.  https://lat.ms/2lJqcE4 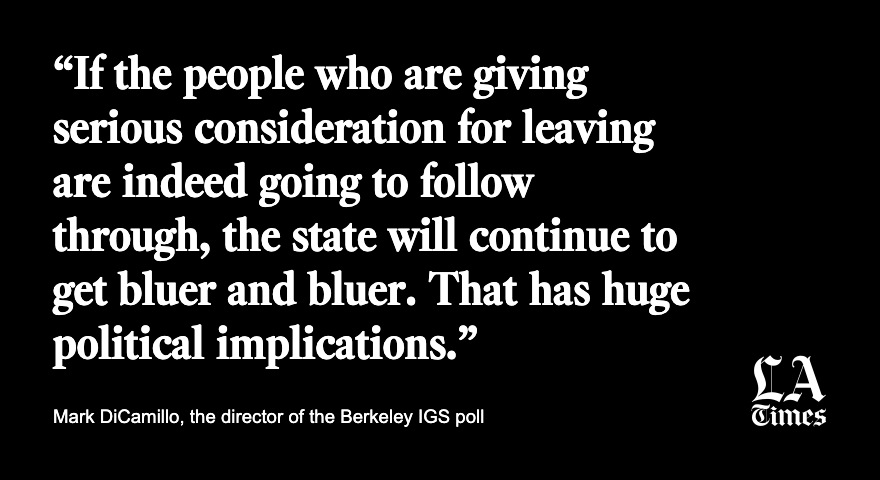 The findings come amid the slowest population growth in California history. Read more from @sarahparvini on who wants to leave California — and why:  https://lat.ms/2lJqcE4

Over half of California voters have considered leaving the state, according to a UC Berkeley poll. Have you?

Tell us why in the comments of @sarahparvini's story:  https://lat.ms/2lJqcE4