(Thread) Impeachment Q and A

First, a few words about impeachment, then a bit about what to expect in the next few months.

I suspect things will move quickly: The House will vote on Articles of Impeachment by the end of the year, maybe by Thanksgiving . . .

A Senate trial isn't a criminal trial. It is analogous but not the same.

2/ . . . and there is need to prove each element beyond a reasonable doubt.

From ⤵️, impeachment is “designed to check tyrants or oust corrupt leaders . . .”

Benjamin Franklin said that without impeachment, the only way to remove a self-dealing tyrant would be assassination. 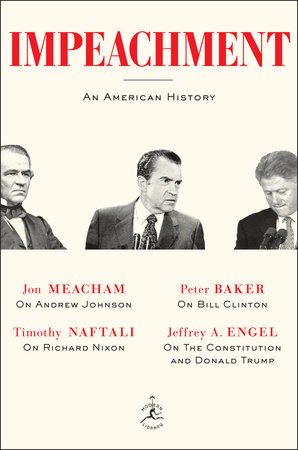 3/ I assume by this Franklin meant that a self-dealing tyrant would corrupt the electoral college, making it impossible to remove him in an election.

Prior to the Whistleblowers complaint, most Americans disproved of Trump, but wanted to remove him in November, 2020.

4/ Whistleblower Complaint is changing that, I believe because of evidence that Trump is using the powers of his office and government agencies to sway the 2020 election in his favor.

This is different from Russia 2016 because Trump is now president AND got caught red-handed.

5/ I see 2 possible (good) outcomes: The GOP turns on Trump and ousts him from office (unlikely but possible)

OR the GOP splits: Trump supporters remain loyal, others defect, so deeply fracturing the GOP that they hobble into 2020 elections and lose big. (Really big)

6/ Either of the two above make it difficult for Trump to be reelected in 2020, and make it impossible for him to coordinate with foreign governments to sway the election because there will be enough public outrage to easily drive him from office, even with cheating.

I can’t answer all the questions. I wish I could.

8/ People wonder about the strategy of focusing on Ukraine.

It may be that trying to prove each crime would be a distraction, and would take way too long.

Right now there is public outrage, and Trump is having trouble getting control of the narrative.

There is public outrage over the Whistleblower report, which might encompass almost all else.

What if Trump and Russia teamed up against Ukraine to sway the U.S. 2020 election?
https://www.newsweek.com/nancy-pelosi-says-russia-played-role-trump-ukraine-whistleblower-1461792 …

10/ Remember, impeachment-removal is to remove a self-dealing president so his crimes can be dealt with in a regular criminal court when he is again a private citizen.

Better to strike while the iron is hot instead of letting Trump regain control of the narrative.

11/ This was my thinking, too⤵️ until the Whistleblower report.

It seems to be CYA time. How about that explosive report yesterday . . .

12/ . . . about Trump telling Russian officials in an Oval Office meeting that he was unconcerned about Moscow’s interference?

💠Americans had no idea Trump said this to the Russians
💠It's being leaked now.

13/ See my timeline from yesterday. He's one of the dudes who was helping Trump and Giuliani in Ukraine.

Why did he resign? Good question.
I think this will all unravel quickly.

Lots of commentators tell us that most of the GOP falls in line because they're scared of Trump.

14/ It's hard to be the first to step out of line.
It's easy to follow the leaders out of line.

Remember: Removing Trump but leaving the GOP intact will not solve the underlying problem that gave us Trump in the first place.

The goal is to save democracy. . .

This is a good question.

No president has ever been removed from office using this means. The Constitution doesn't tell us much, just that removal requires 2/3 of the Senate.

16/ My general advice is to avoid anxiety-provoking "what if" scenarios.

Let's just figure that if 2/3 of the Senate vote to remove, it will be because a majority of Americans--including many in red states--want him gone.

More likely is that a vote in the Senate is split.

17/ By split, I mean all Democrats voting to remove, with enough Republicans defecting to keep Trump in office, but hobble the GOP in 2020.

I don't see why not⤵️

He is still president.

I assume, though, that self-dealing and corrupt pardons . . .

18/ . . . will be successfully challenged in court. He might save a few friends but do enormous damage to the GOP.

My background is criminal defense. I annoy people when I say I'm less interested in who goes to prison.

What matters is what happens to the GOP and democracy.

19/ I think they need enough evidence to demonstrate to any rational person that Trump was self-dealing, trading foreign policy for his own personal gain.

They don't need, and shouldn't try to get all the evidence. The process will take too long . . .

20/ . . . and remember, this isn't a criminal trial where the House Managers have to prove all elements beyond a reasonable doubt.

If there is overwhelming evidence and Trump hiding stuff, what will people think?

What people think is key. This is not a regular court . . .

21/ The framers of the Constitution considered giving the powers of impeachment and removal to the judiciary branch.

Instead they gave it to Congress.

The didn't want it to be a purely legal process decided by judges with lifetime appointments. For one thing. . .

22/ . . . giving the power to Congress means that the president can't appoint his own judges.

It also transforms a legal process into a hybrid legal-political process.

The way the power to impeach and remove was allocated in the Constitution tells us that the framers . . .

23/ . . . did not want a president removed unless there was broad popular support.

The president isn't a criminal defendant who can cross his arms over his chest, remain silent, and say, "Prove it."

If he hides evidence he looks guilty in the Court of Public Opinion.

24/ I don't see why. The GOP pushed for a full House vote, I believe in the hopes it would be voted down. The Constitution doesn't outline process. The House makes its own rules.

As far as subpoenas, with whistleblower(s) and CYA, they should get enough.

25/ The Chief Justice presides. The Senators are both judge and jury.

If the GOP decides to shield Trump, it could be a circus. If a Senators defect, it could get very interesting.

26/ I think there is wisdom in this⤵️

And if Articles of Impeachment comes swiftly, the vulnerable red-state Dems avoid having to explain in Oct. 2020 why they spent their tenure going after Trump instead of working to better the lives of constituents. . .

27/ I've written about the very real concerns of red-state Democrats. Lose them, and Dems lose the House.

Landslide presidential elections are about . . .

With numbers like that, 2020 will be a blue sweep.
2018, Democrats won by 8 percentage points. There is no reason not to repeat that.

29/ . . . you will see very rapid changes because Dems will control the House, the Senate, and the presidency.

40% of Americans can love and vote for Trump and we can still have a wipe-out 2020 landslide.

If impeachment-removal is successful, it will bring us that.

I may pick this up again.

If you asked a good question and I didn't answer it, I am so sorry!!

I left out "no" in Tweet 2, entirely changing the meaning.

There is no need to prove each element beyond a reasonable doubt in a Senate hearing. Standard criminal procedure does not apply.

That's why earlier I said don't fall into the Quid Pro Quo /"NO COLLUSION" trap.

I started by giving two possible good outcomes. There is, of course, a bad outcome, which goes like this:

The GOP circles the wagons, the Senate trial turns out to be a circus, the voting is entirely on partisan lines, and Trump remains in office and empowered . . .

Prior to the Whistleblower Complaint, that was the most likely outcome because nothing that had come to light thus far was budging the GOP.

That's why it doesn't matter whether the elements of bribery of extortion were met.

Takeaway: Pelosi tasked the Intel Committee to take the lead on the impeachment.

I think Q and A works while we're all getting up to speed on impeachment.

Maybe I'll do another soon.

Here's this thread as a blog post:  https://terikanefield-blog.com/impeachment-update-q-a/ …
Thanks for the questions.