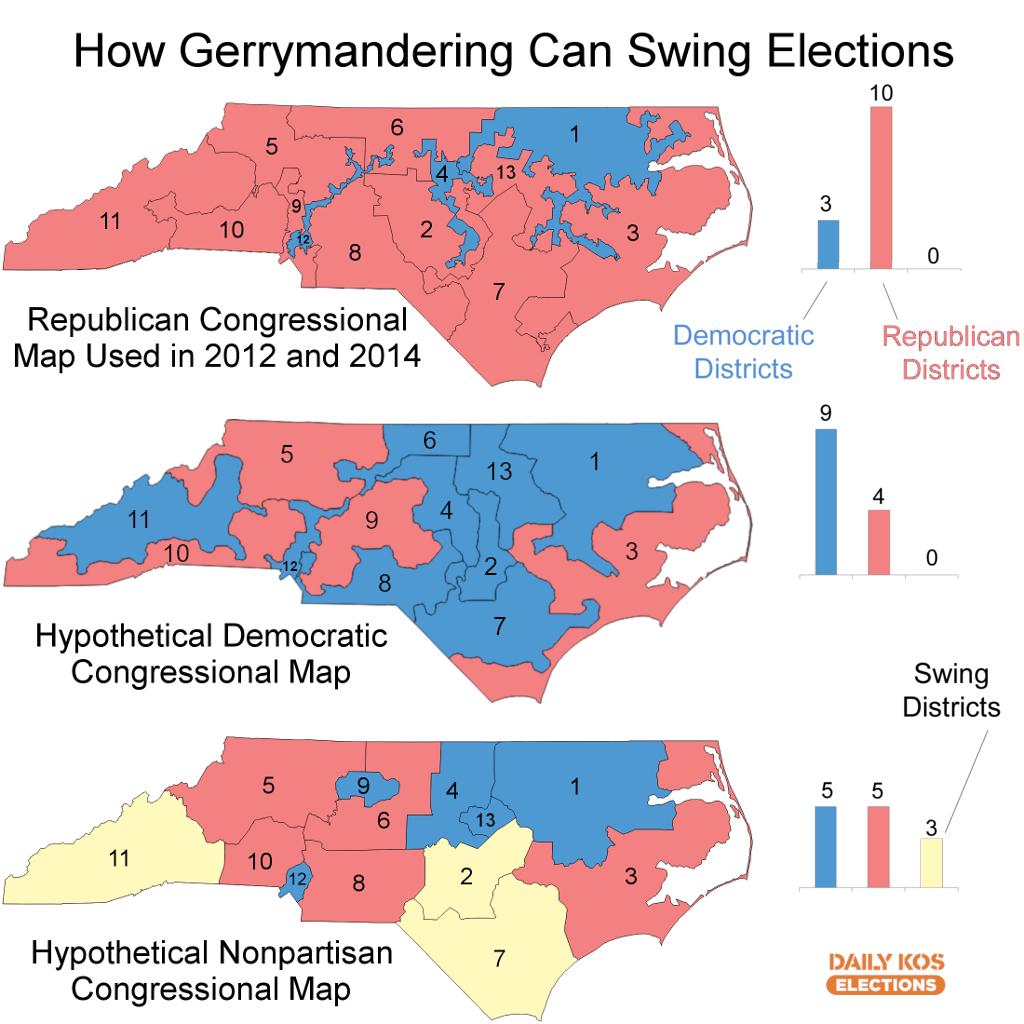 Here's how a nonpartisan North Carolina congressional map could look. Democrats would have two more safe districts for 5 of 13 total, & 3 more red-leaning districts would be competitive. The median district margin is just 4% redder than the state on average #NCpol #NCGA