Long time followers might have heard about this place, but most of you haven't. This is the Veitskapelle, a sleepy church on the outskirts of Stuttgart and well, it's a wonder... /1 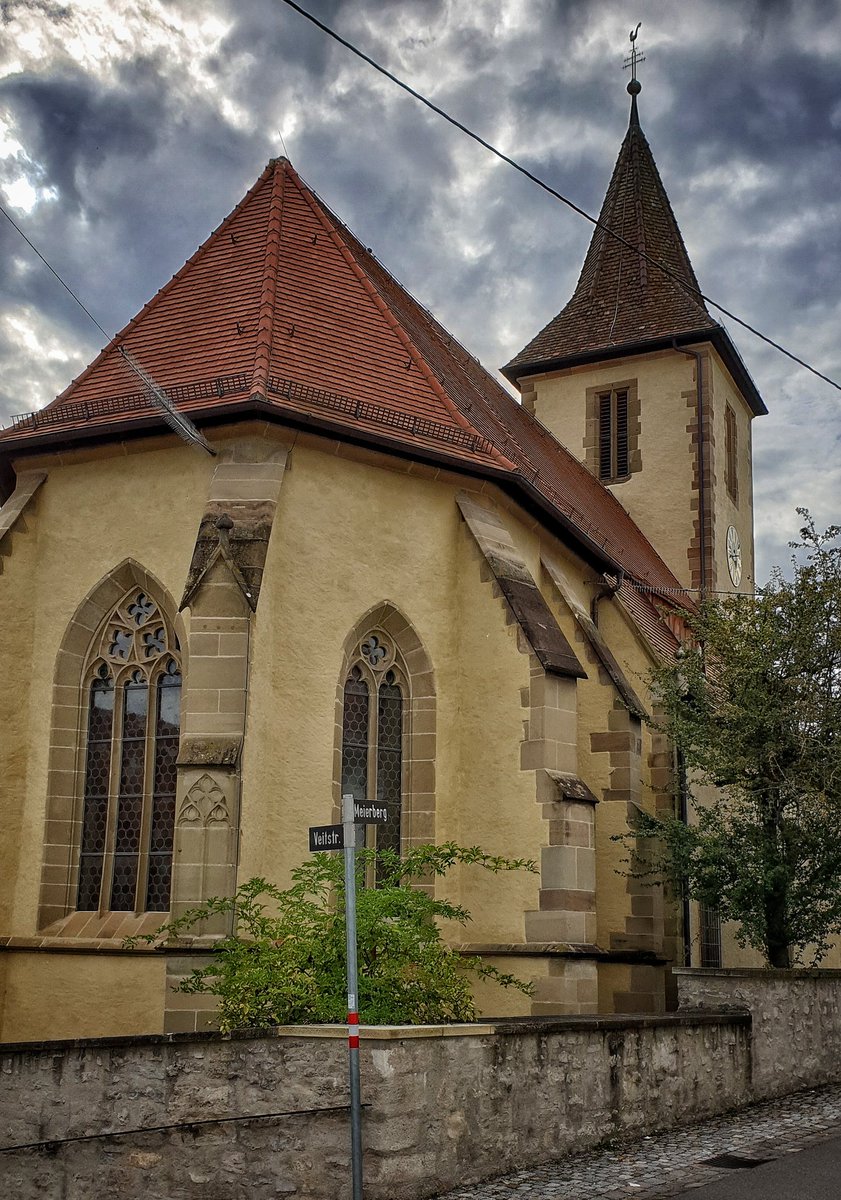 ...that's because almost the whole place is covered in medieval wall-paintings, circa the 14th century.

I mean, nearly every nook and cranny features some kind of Biblical imagery. /2 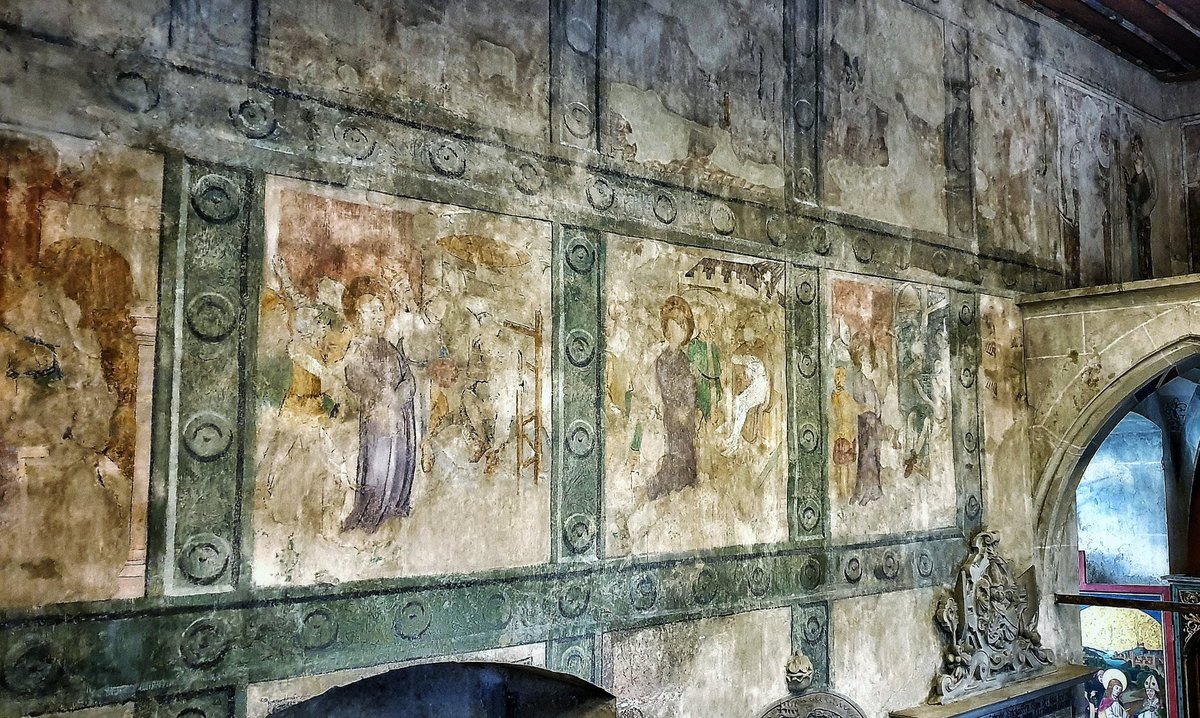 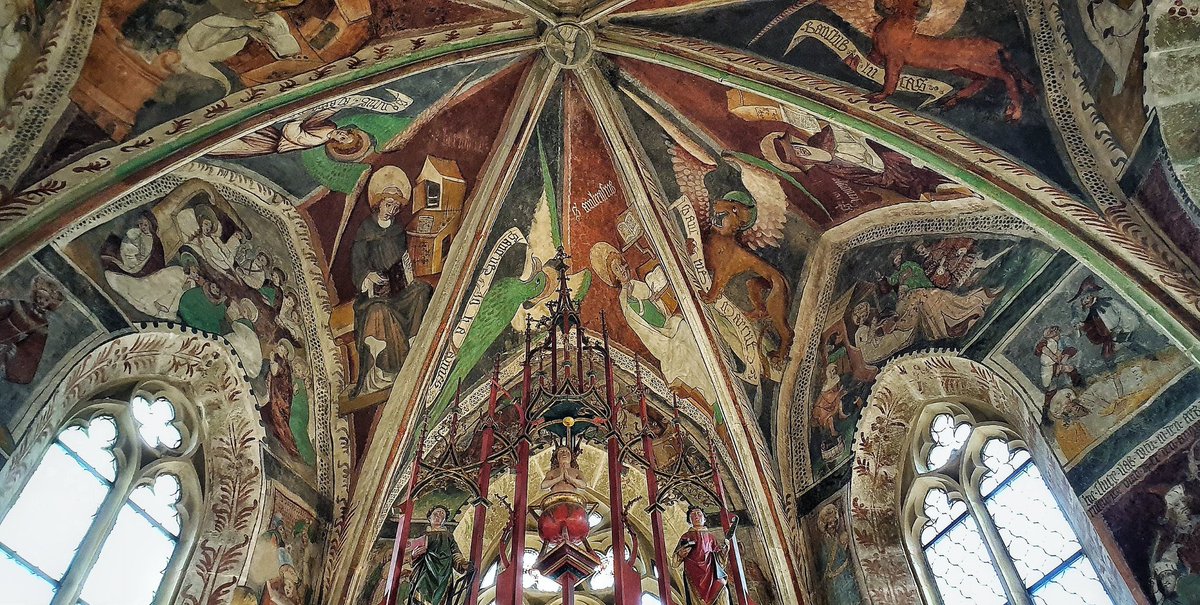 For hundreds of years, through war & disaster, the Veitskapelle and its paintings survived for two major reasons:

1. It was a private chapel, not for the simple farming folk of Muhlhausen.

2. Muhlhausen was a knightly holding, considered *outside* the Duchy of Württenberg. /3 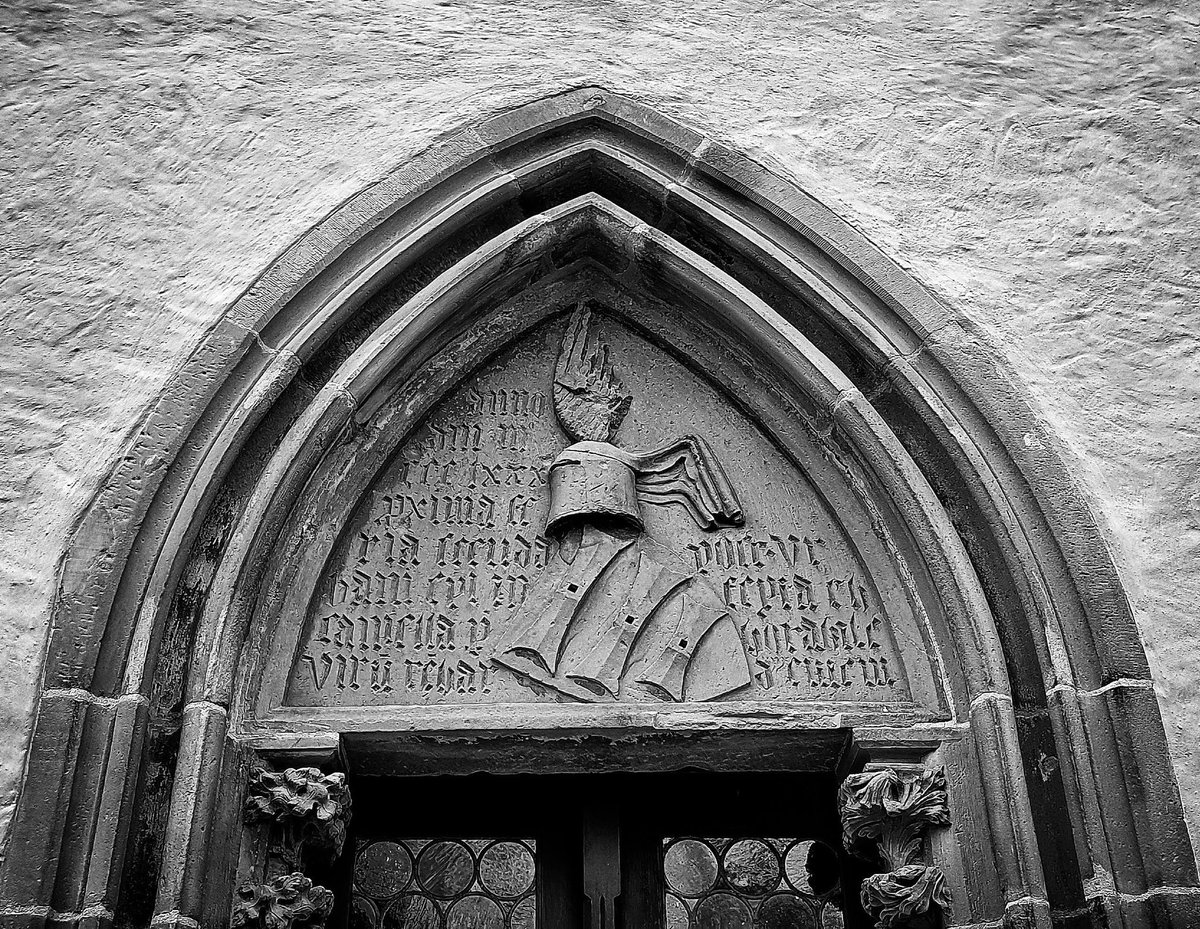 What did this mean? Well, it mean that for hundreds of years, through the Reformation and religious war, nobody could get into the place to smash stuff up. It was a private place of worship, passed down through noble families. /4

The place was built in the 1380s by local lord Reinhard von Muhlhausen, as a memorial to his brother, Eberhard.

Both had made crazy money as bankers for Holy Roman Emperor, Charles IV in Prague, so the place was dedicated to St Wenceslaus & St Vitus - popular Bohemian saints. /5

St Vitus (Veit) has his story told on the inside of the chancel.

He was a child martyr from Sicily who was supposedly killed in the very late 3rd century.

Since they did a lot to him, there's a lot of segments. /6 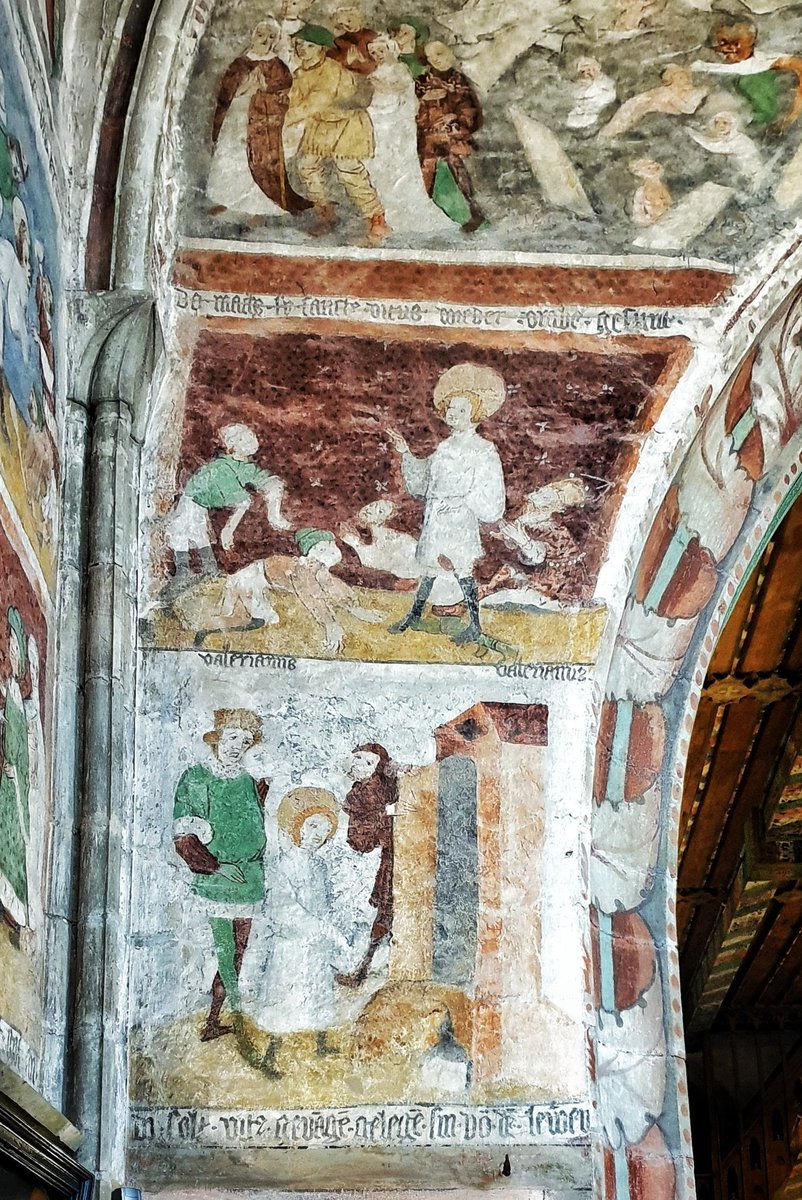 They threw the little guy in a cauldron of boiling oil and pitch, but he (supposedly) emerged unscathed! /7 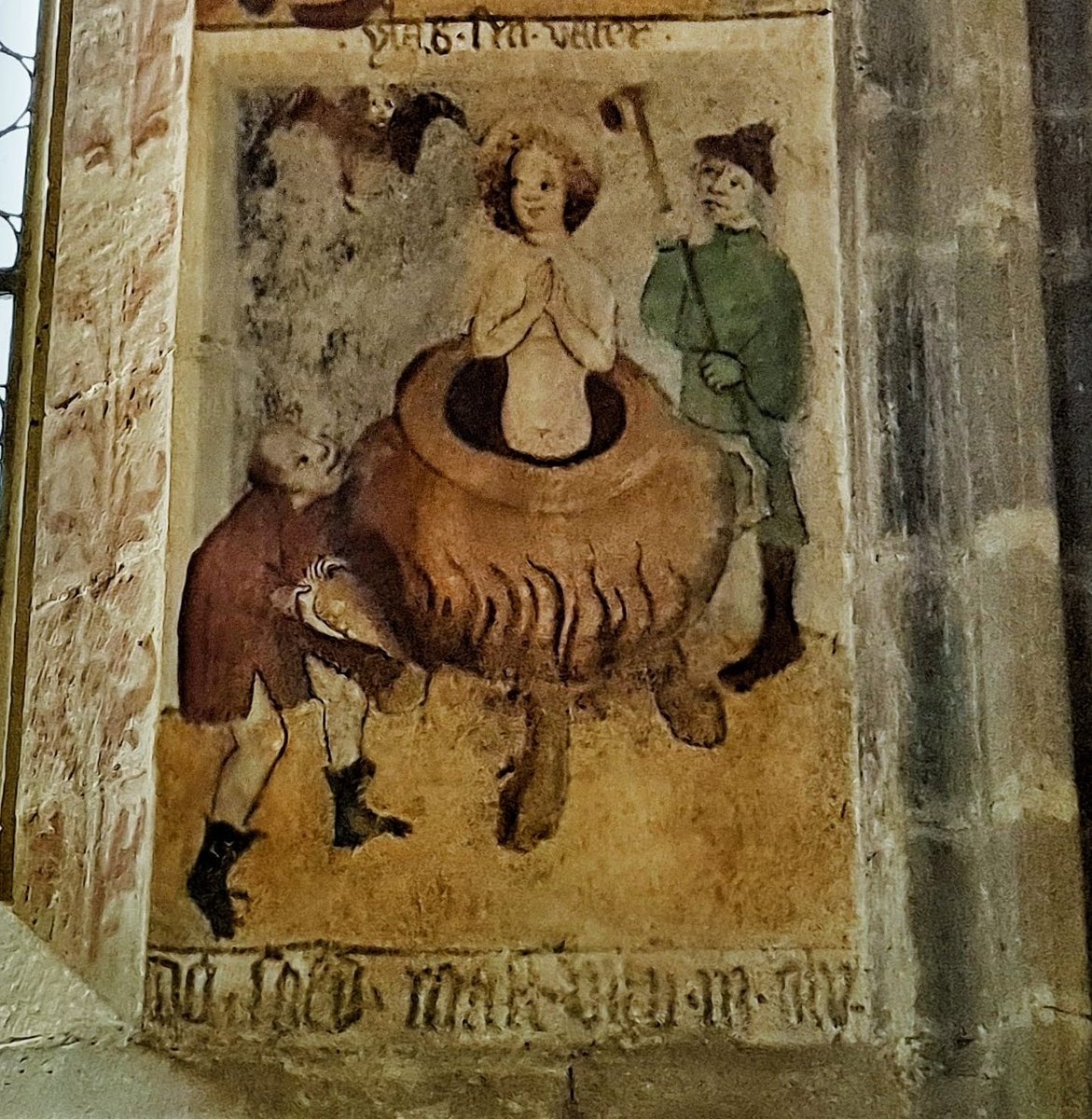 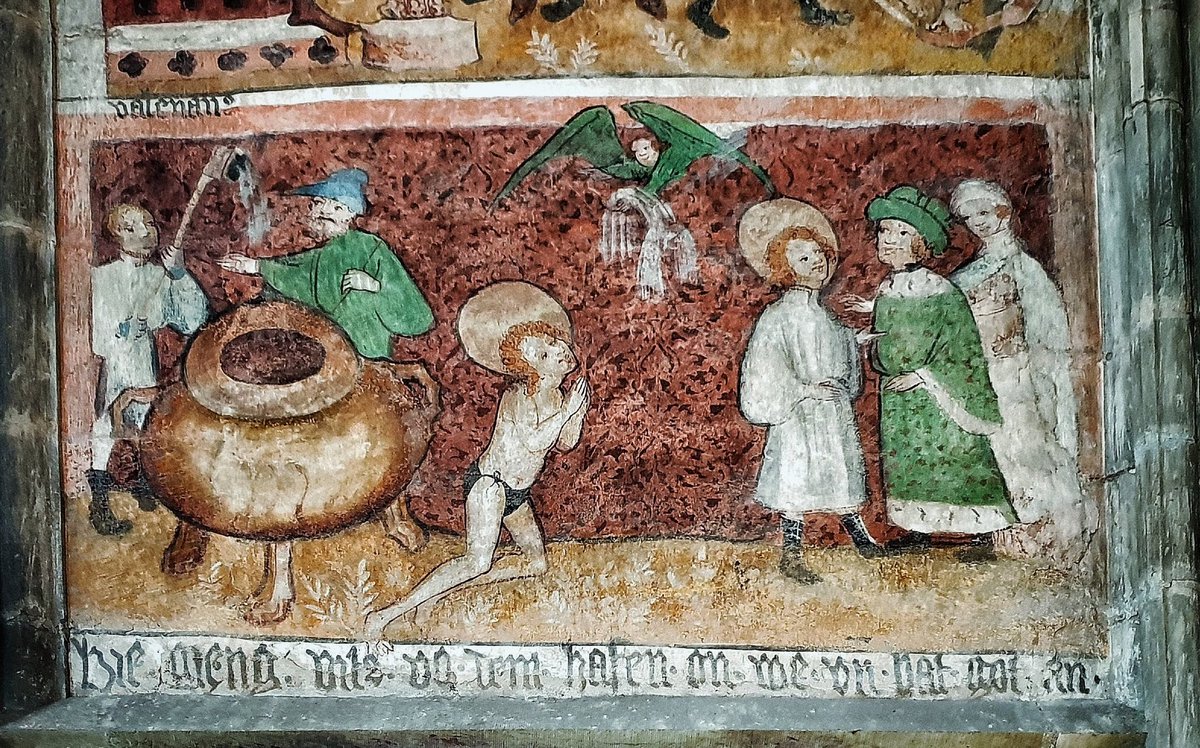 The Veitskapelle is very, very useful to art historians, due to the quality of the paintings - they've only ever needed a little of cleaning, no major restoration work.

They give great details of clothing and architecture at the end of the 14th Century in Central Europe. /8 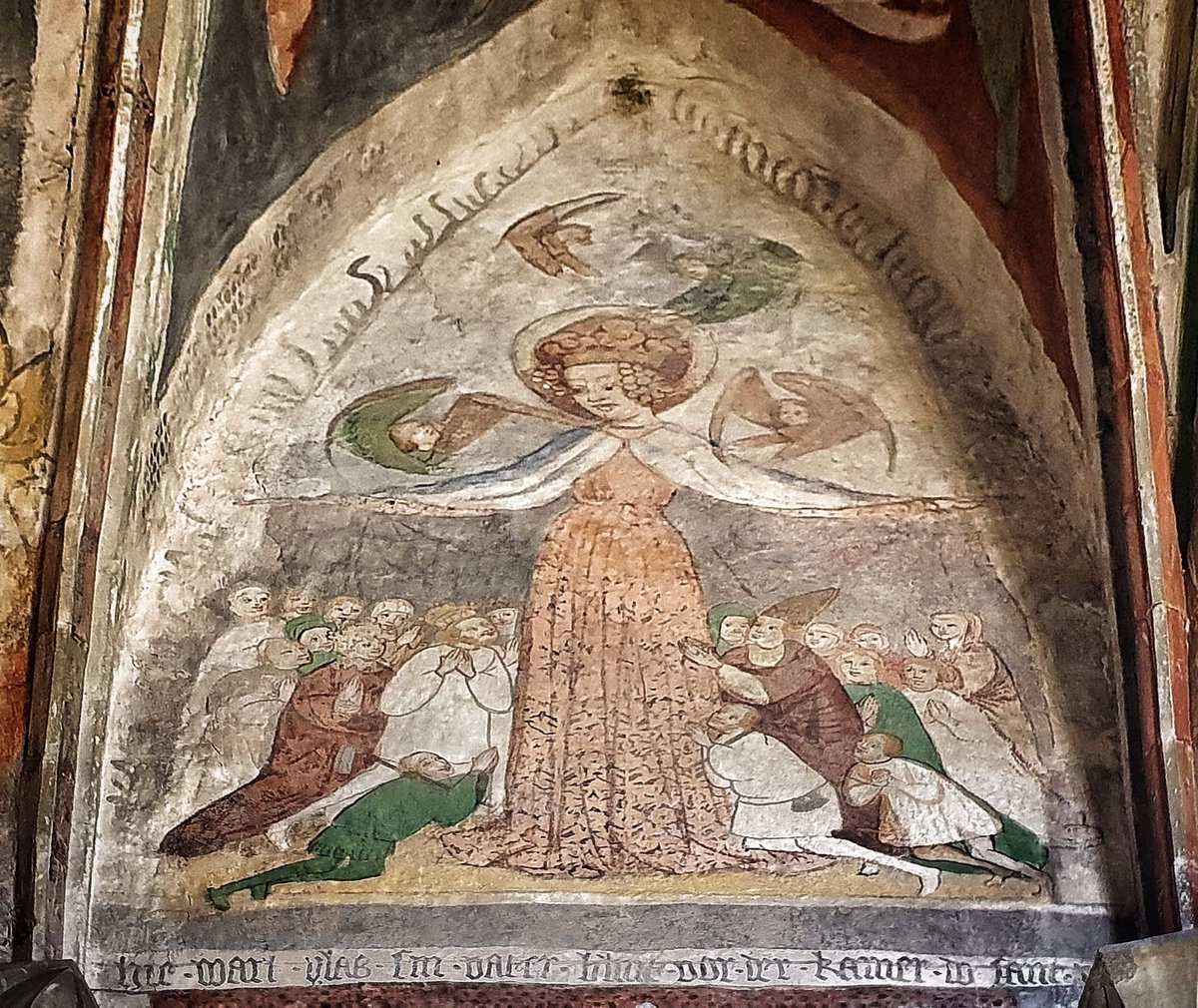 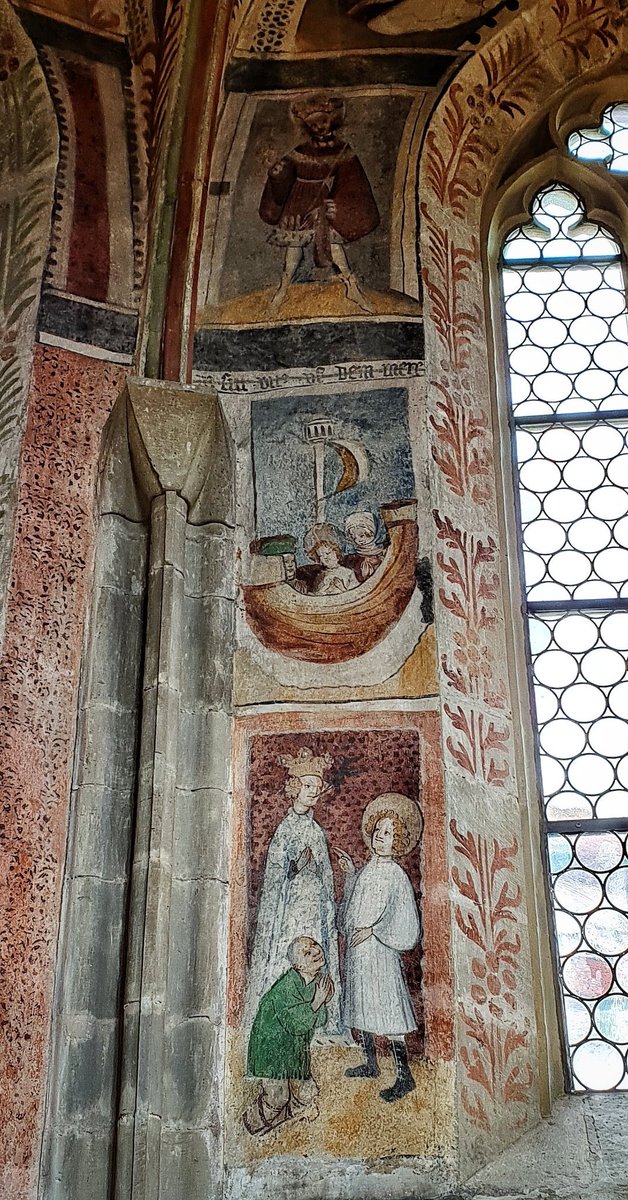 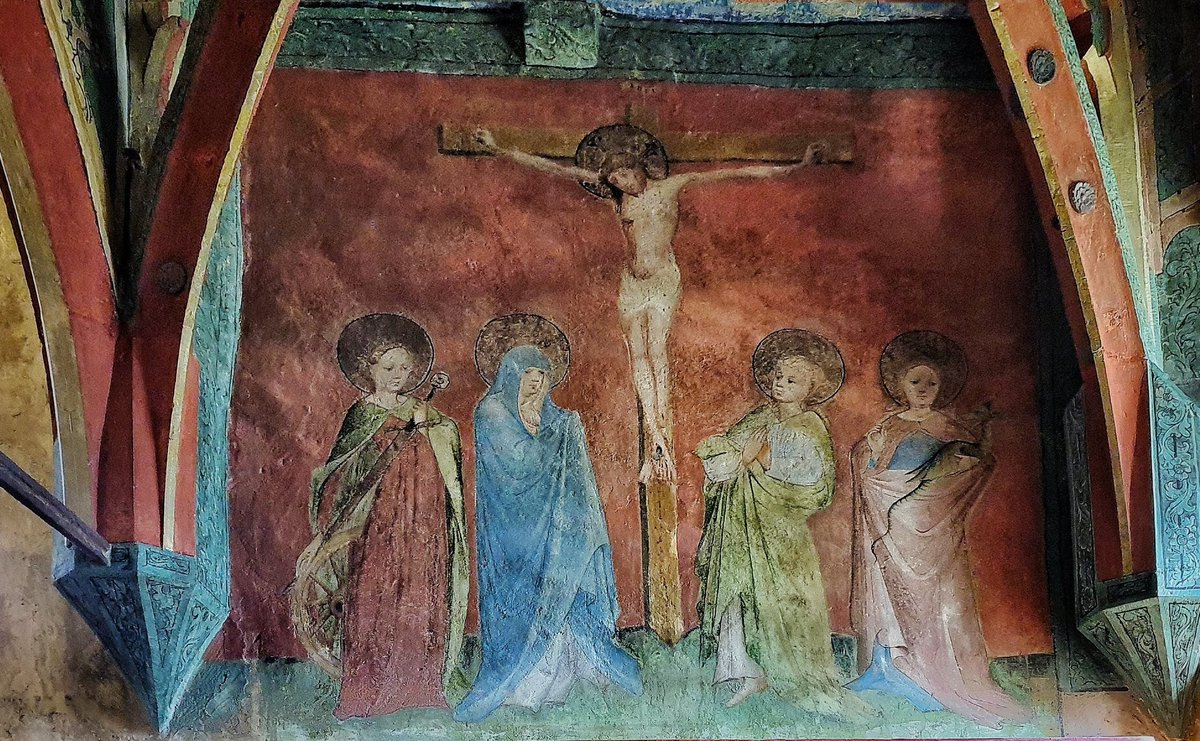 So, the doors of the Veitskapelle were thrown open to the people, and it's had a thriving congregation ever since. /9

Apart from the paintings, I adore the funeral effigies of 16th century nobles that litter the church.

They're very... expressive. I feel you can tell quite a bit about them from their features and poses. /10 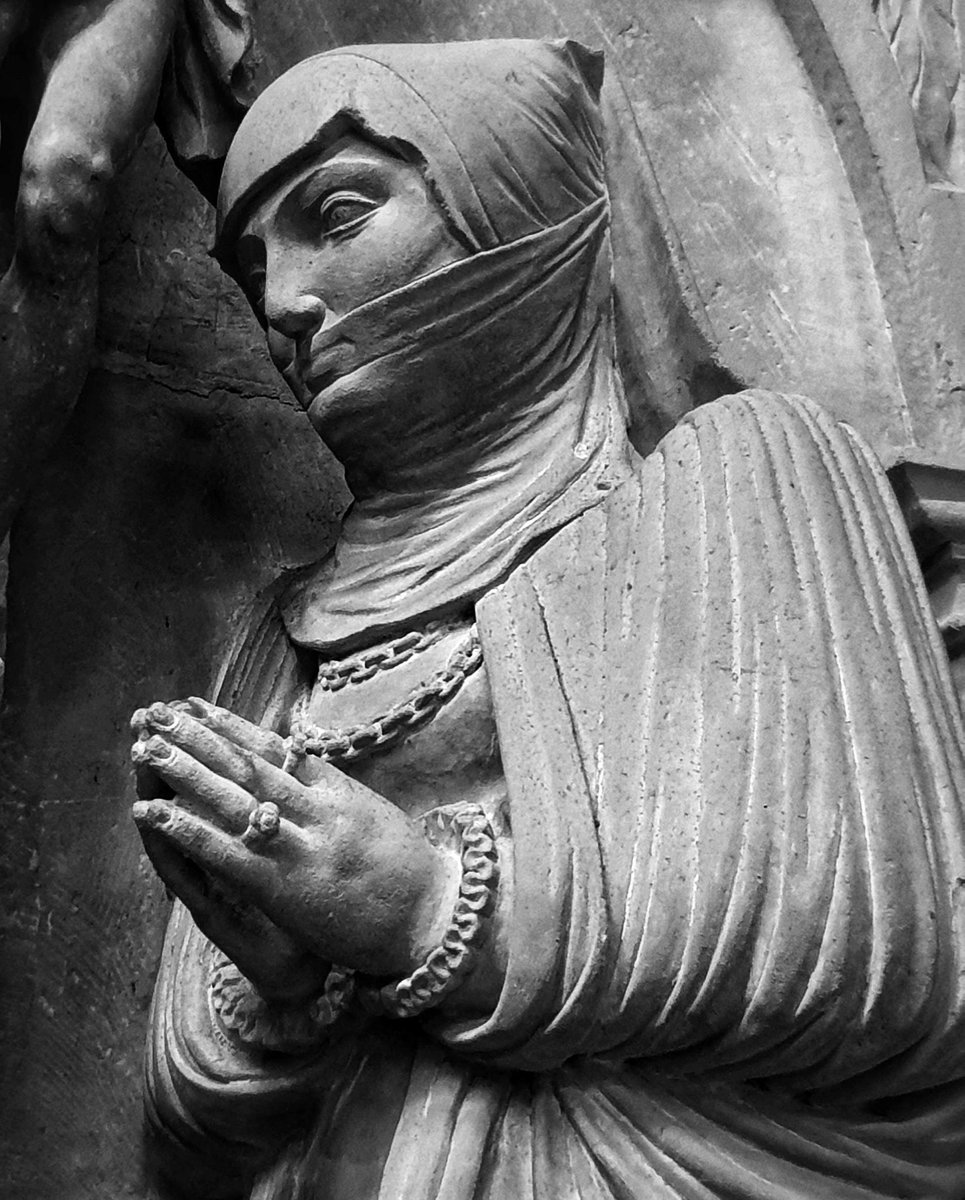 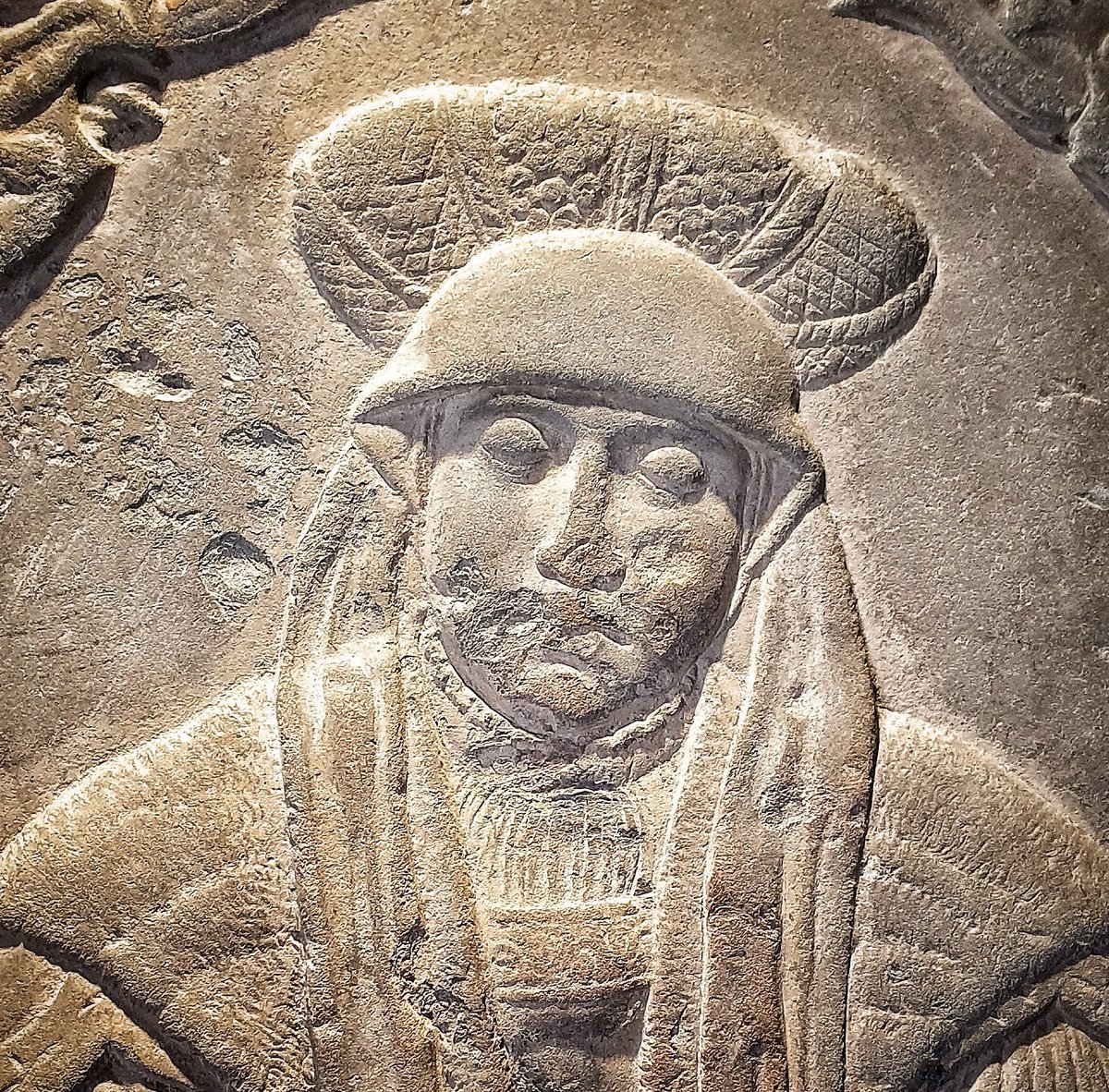 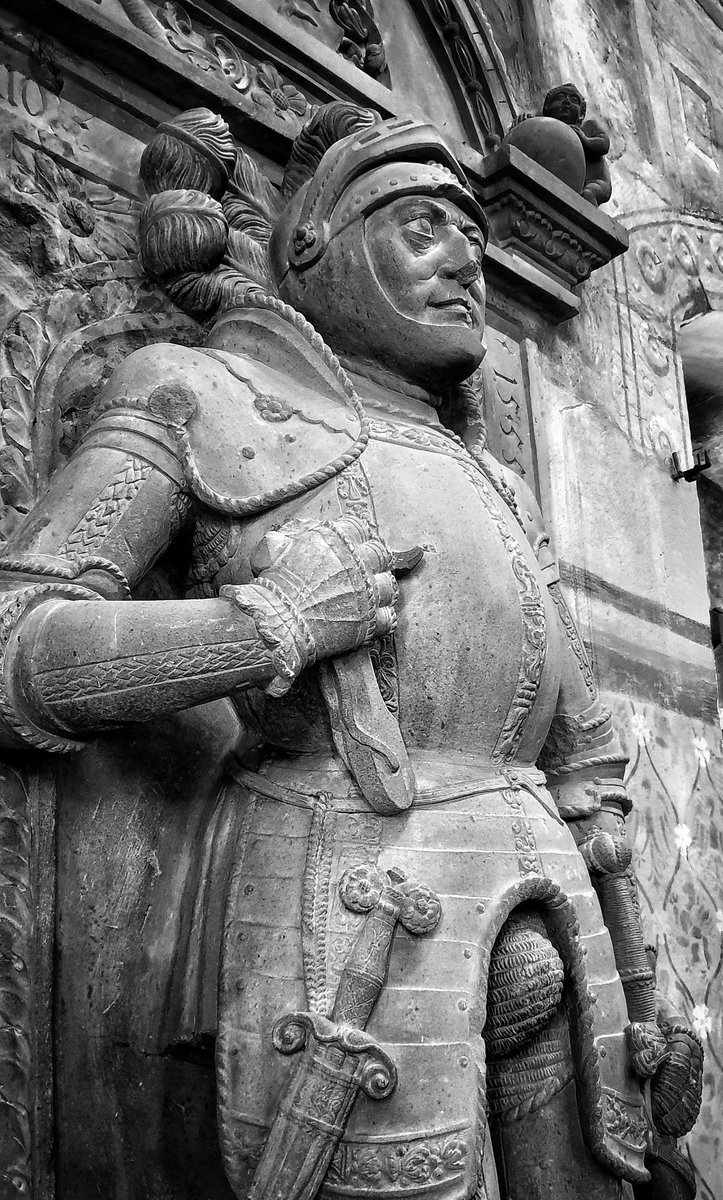 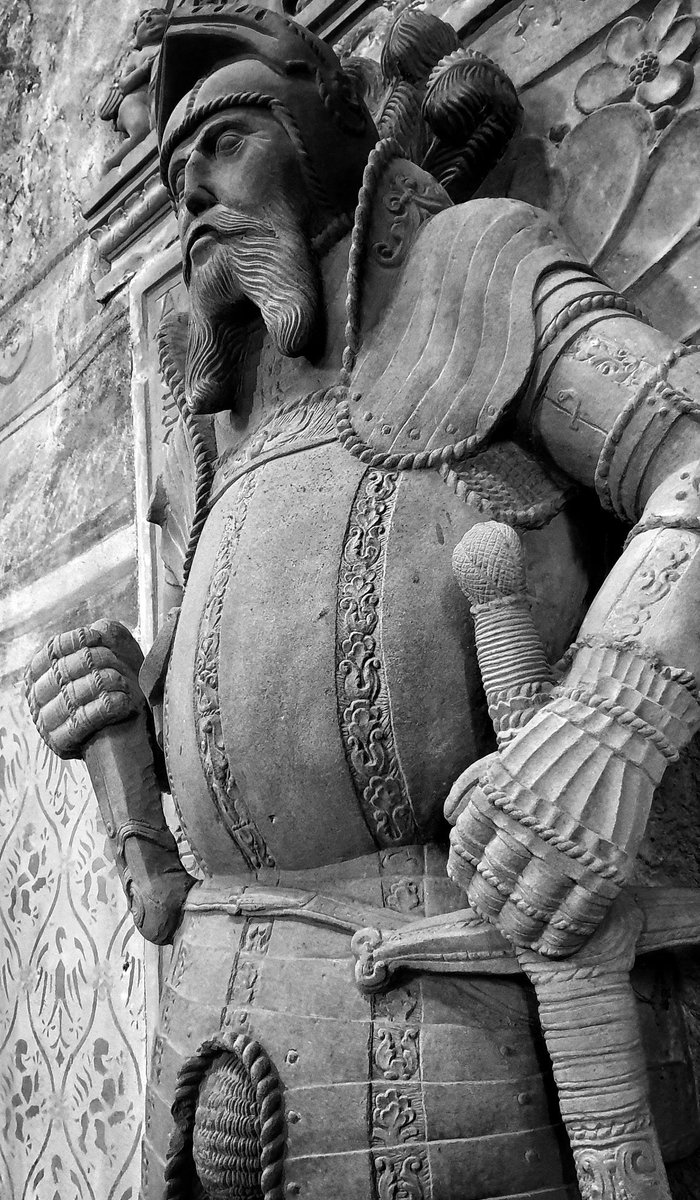 The Veitskapelle is 5 mins walk from the Muhlhausen U-Bahn station - you can't get very lost, it's the very last stop.

If you're ever thinking of coming to Stuttgart, and you'd like to see it, get in touch at least a week beforehand, and I'll tell you how to get in. /10 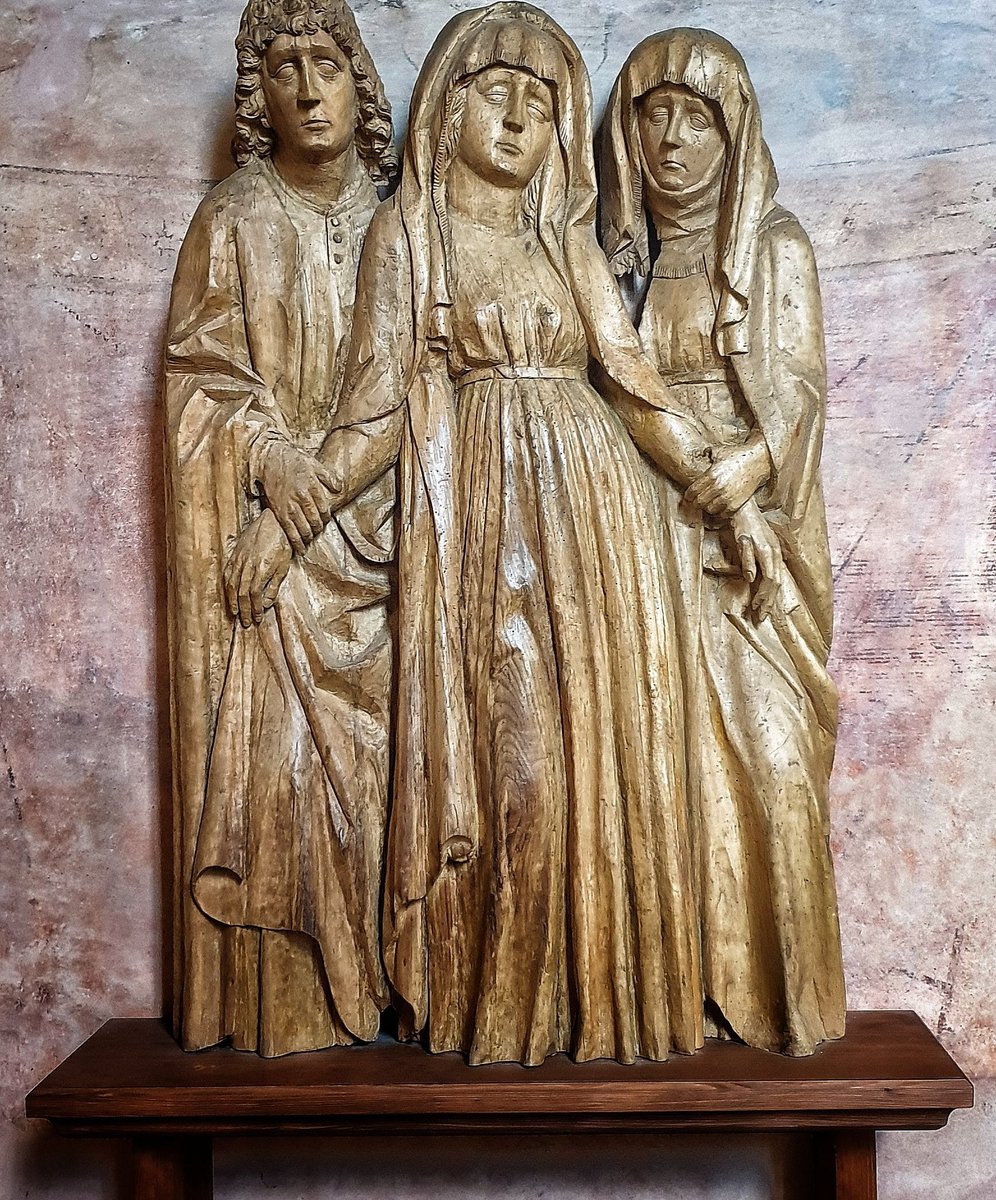 Hope you enjoyed that!

I do these threads for the pure enjoyment of them, but if you'd like to help me put these weird and wonderful places on Twitter, you can always leave a tip! /FIN  http://ko-fi.com/mikestuchbery