(BRIEF THREAD) Trying to understand the two completely insane Ukraine-based, resolutely pro-Kremlin conspiracy theories that Trump, Giuliani, and diGenova are trying to push on the American people? I unpack them both here—and boy, are they wild. I hope you'll read on and RETWEET. 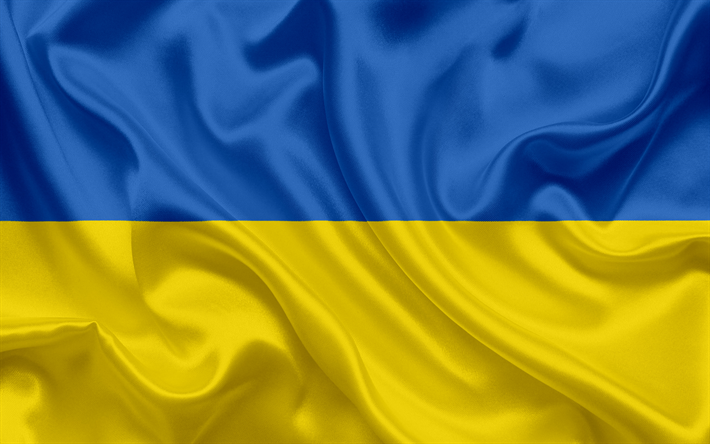 THE CROWDSTRIKE CONSPIRACY THEORY/ The Trump-Giuliani-diGenova conspiracy theory involving Crowdstrike—which couldn't please the Kremlin more if Putin thought of it himself; I'm not kidding—asserts the DNC *hacked itself* in 2015 and that Russia never hacked anybody or anyone.

1/ In 2015, Crowdstrike, which has done tons of work for the GOP, was nearing an IPO—meaning a risky business maneuver could destroy it. Even so, for no reason other than (Trump claims) its CEO is Ukrainian—*which he isn't!*—this theory says Crowdstrike *conspired* with the DNC.

2/ This conspiracy theory says the DNC wanted to *frame* Russia for hacking as part of a massive, 2015-born effort to falsely link Trump to Russia. (NOTE: Trump's *massive* ties to Russia are well-established, and the whole intelligence community confirms Russia hacked the DNC.)

3/ According to this completely bonkers conspiracy theory, the DNC secretly shuttled its unhacked server off to Ukraine in 2015 via Crowdstrike—uh, because Crowdstrike's CEO is Ukrainian; except, um, he isn't—thereby initiating a totally fake investigation into Trump and Russia.

4/ That Trump, Giuliani and diGenova—and two corrupt prosecutors in Ukraine who refused to prosecute corrupt Ukrainians associated with the Kremlin—would push this wild theory means they think the Russia story isn't over and *also* need to please Russia to gain 2020 election aid.

THE HUNTER BIDEN CONSPIRACY THEORY/ If it's possible, this pro-Kremlin, anti-American conspiracy theory being pushed by Trump, Giuliani, and diGenova is even *stupider* than the last one. It involves two corrupt Ukrainian prosecutors unwilling to prosecute pro-Kremlin Ukrainians.

1/ The *entire West* saw that two successive corrupt Ukrainian prosecutors were trying to protect pro-Kremlin Ukrainians and their allies—*including Manafort, who Trump is terrified will flip on him because of U.S. and Ukrainian prosecutions*—by refusing to prosecute any of them.

2/ So the *whole West* decided that these two Ukrainian prosecutors needed to go because they were protecting Kremlin allies who were—importantly—major criminals. The push to fire these prosecutors was *universally known in the West* as an effort to *fight* corruption in Ukraine.

3/ *One* of these prosecutors had previously *declined* to prosecute "Burisma"—a company Joe Biden's son Hunter was connected to. When Biden was tasked by Obama with helping the *whole West* get this prosecutor fired, it *hurt* his son because it risked that case being re-opened.

4/ Biden did as he was told—and as the *whole West* wanted—by telling Ukraine the U.S. would withhold aid until Ukraine *began* fighting corruption again (presumably that could *include* a company his son was connected to, but had done *nothing wrong* whatsoever with respect to).

5/ The result of Biden and *the whole West's* efforts was that these corrupt Ukrainian prosecutors (the second of whom succeeded the first) were fired—which pissed off Putin, pissed off Trump (because Manafort's cases might be re-opened), and led to this insane conspiracy theory.

6/ Schiff had it right: because there's *no evidence* Crowdstrike did *anything* Trump (et. al.) and the Kremlin want to say they did, by withholding Javelin missiles until Zelensky investigated this insane pro-Kremlin theory Trump was shaking him down for fake-news election aid.

7/ But even *worse*, Trump was withholding military aid Ukraine needed to fight Russia...

That's why you hear people musing openly about Trump having committed Treason. He didn't—but *wow*.

8/ As for the Hunter Biden conspiracy theory, it was Trump *literally* doing what the *whole world* told him was illegal during the Mueller probe—but which he insisted he would do again anyway—which was solicit illegal foreign aid (in the form of false oppo research) preelection.

9/ Trump has lost his already ridiculous claim from 2016 that he didn't know (nor did anyone in his family, nor did any of his friends, nor did anyone on his campaign) that you can't solicit foreign election aid. *All America* knows he *knows* it's illegal—but he *did it anyway*.

CONCLUSION/ So when you read about either Crowdstrike- or Hunter Biden-related conspiracy theories, know that they're part of implicit (possibly explicit) collusion between Trump, Giuliani, diGenova, corrupt Ukrainians, and the Kremlin to steal *another* US presidential election.

PS/ And *now* the craziest wrinkle of all—though this one's 100% *true*. Do you know who convinced the corrupt Ukrainian prosecutors to *drop* four investigations into Manafort? Trump. Know how he did it? By *making Ukraine think it would lose military aid*—in 2018—if it didn't.