Police reportedly opened live fire and shot a person in the chest on Tuesday during protests against China’s National Day.  https://www.latimes.com/world-nation/story/2019-09-28/hong-kong-protesters-reject-chinese-nationalism-china-national-day …

As Beijing celebrated the Communist Party’s 70th anniversary of rule over China with a massive military parade, Hong Kong’s protesters amassed along central thoroughfares and in several suburban districts.  https://lat.ms/2mELHq7 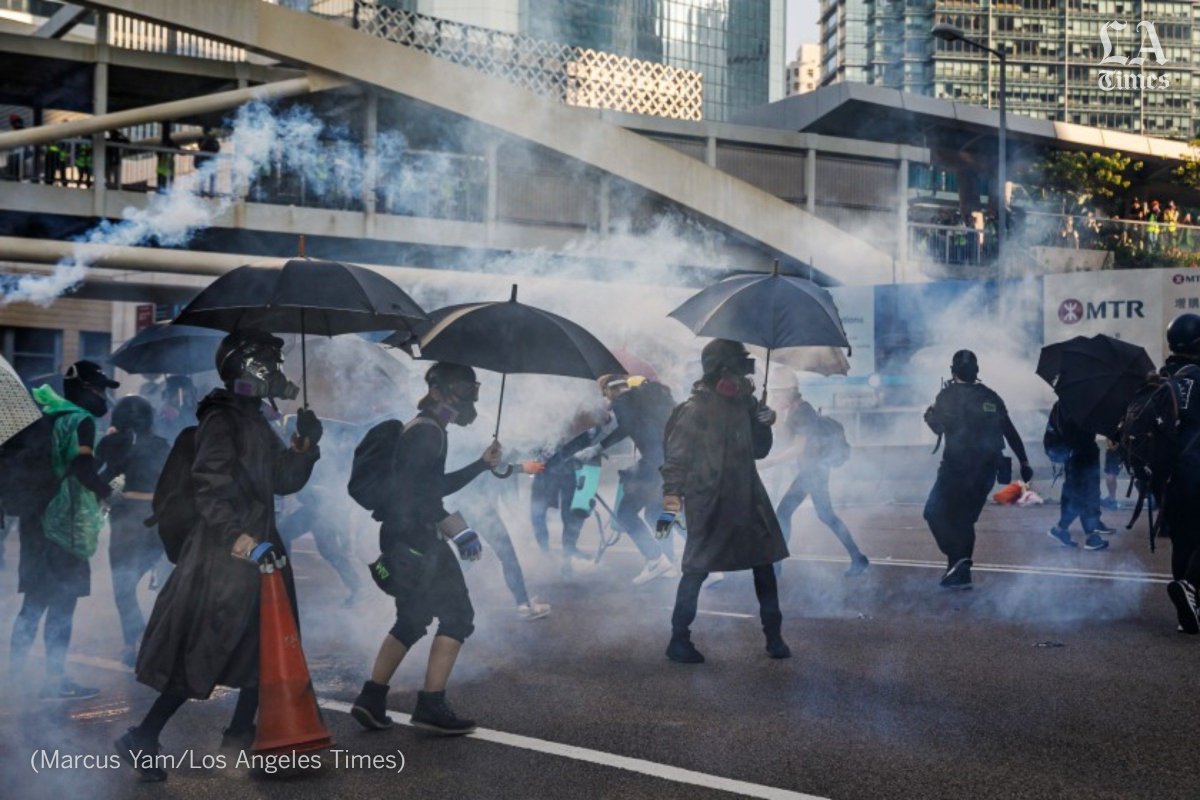 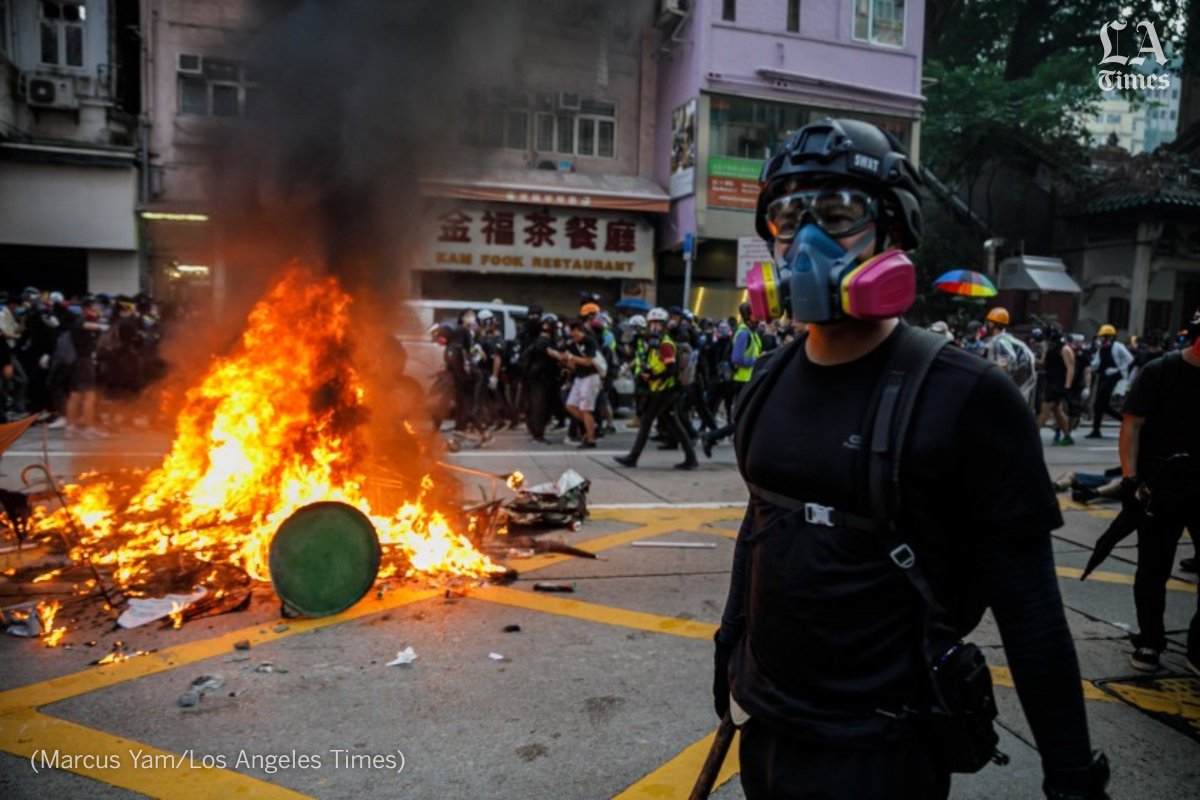 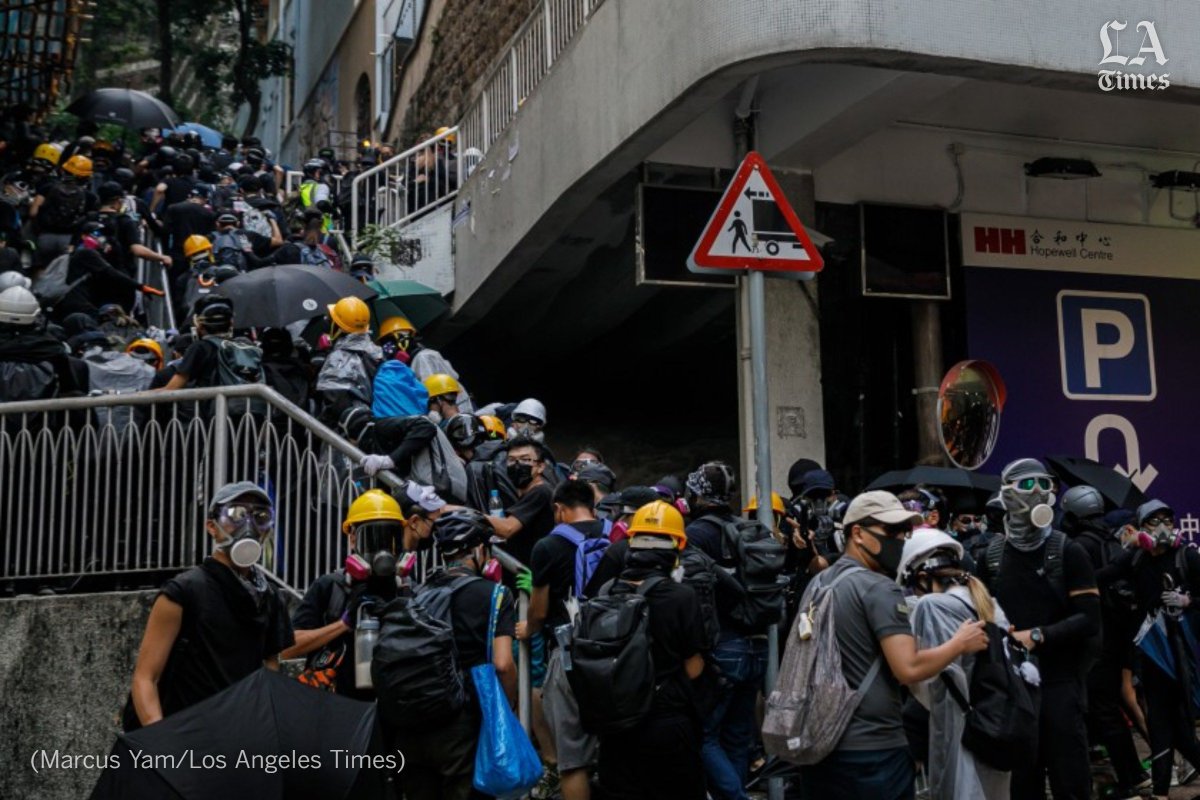 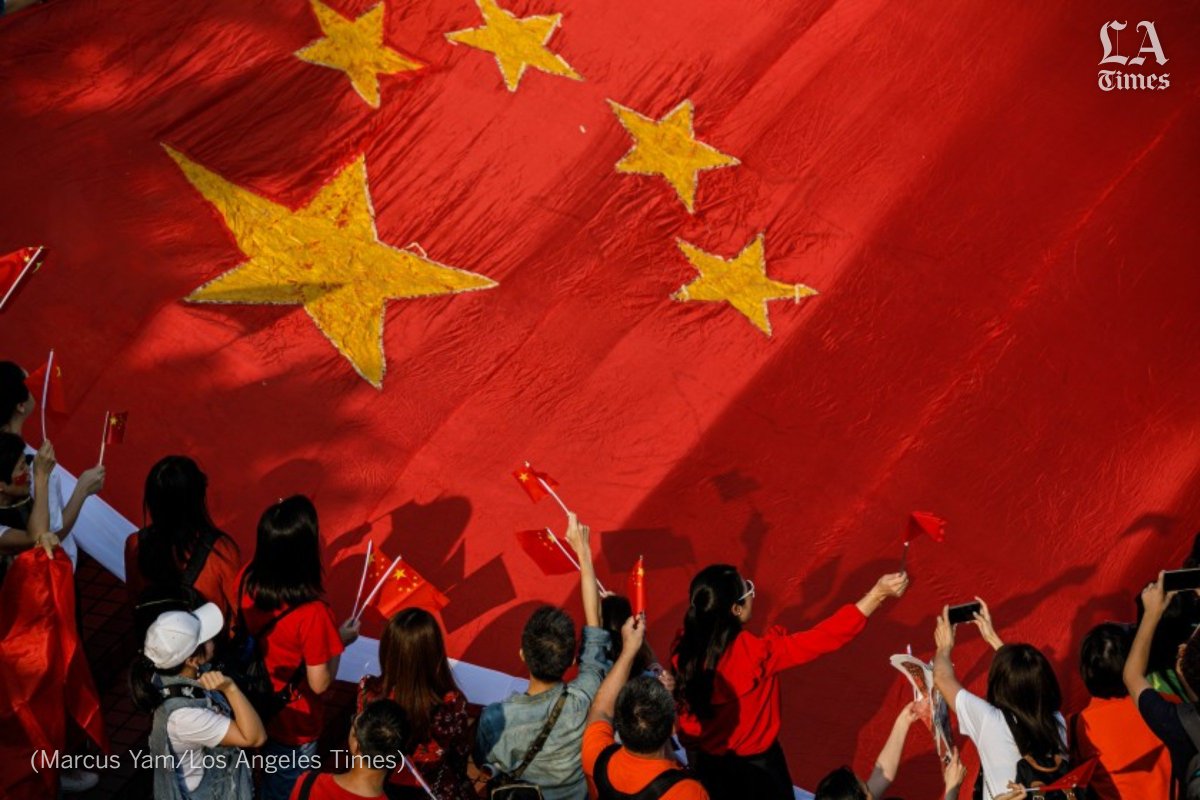 After learning that police had shot a Hong Konger with a real gun for the first time, protesters went back into battle, smashing windows of a government office as police blasted the crowds with capsicum-laced blue water. The protester who was shot was hospitalized. 📸: @yamphoto 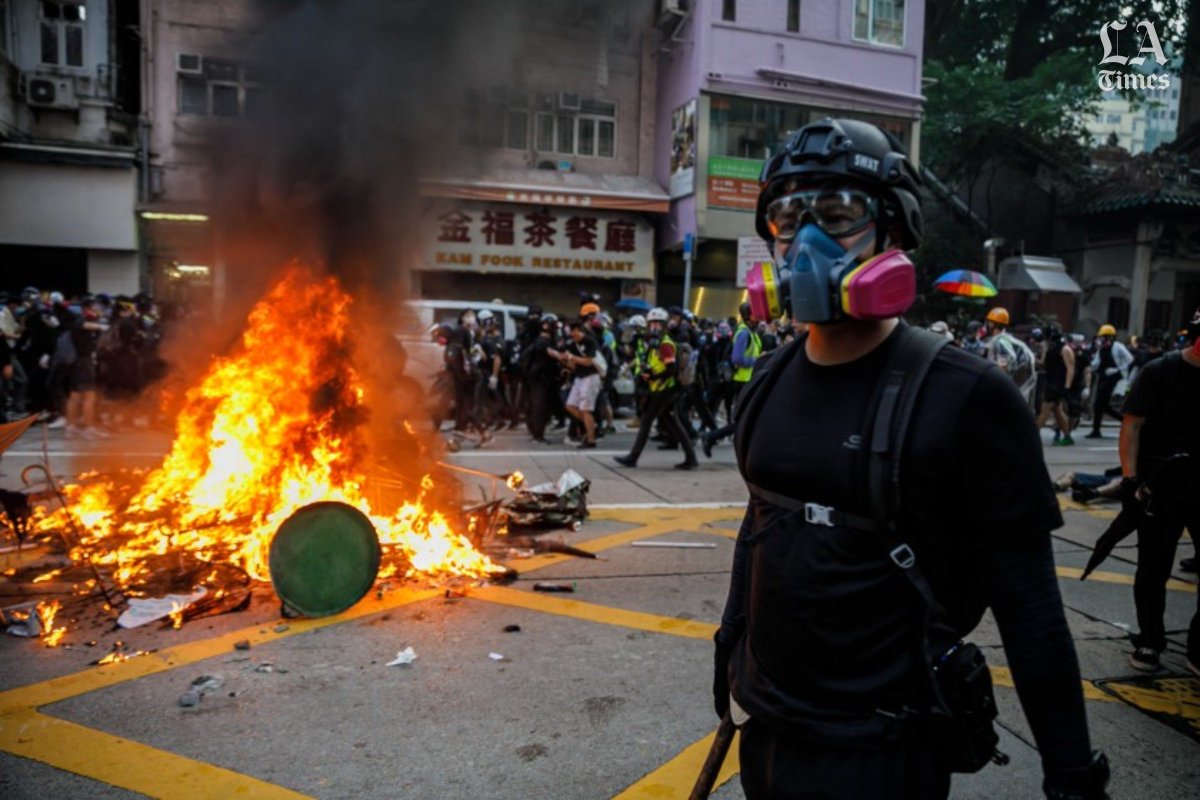 Hong Kong’s police chief Stephen Lo condemned protesters in a news briefing and said the police shooting was “lawful and reasonable” because the gun-wielding officer had acted in self-defense as protesters assailed officers with sticks.  https://lat.ms/2oan0lG