The framing is unnecessarily provocative, and I don't really understand if this is fighting cancel culture & deplatforming or academia's slowdown, but I am excited to see what comes of it. FF's Anatomy of Next uniquely captures overlooked visions & stories

The lineup kind of just sounds like the already-accepted narratives of tech Twitter & Silicon Valley culture. The framing, though, does a disservice by projecting the delusional tirades of Gab right next to incredible scientific prowess & conviction.  https://medium.com/@foundersfund/hereticon-2bb9b23928d5 … 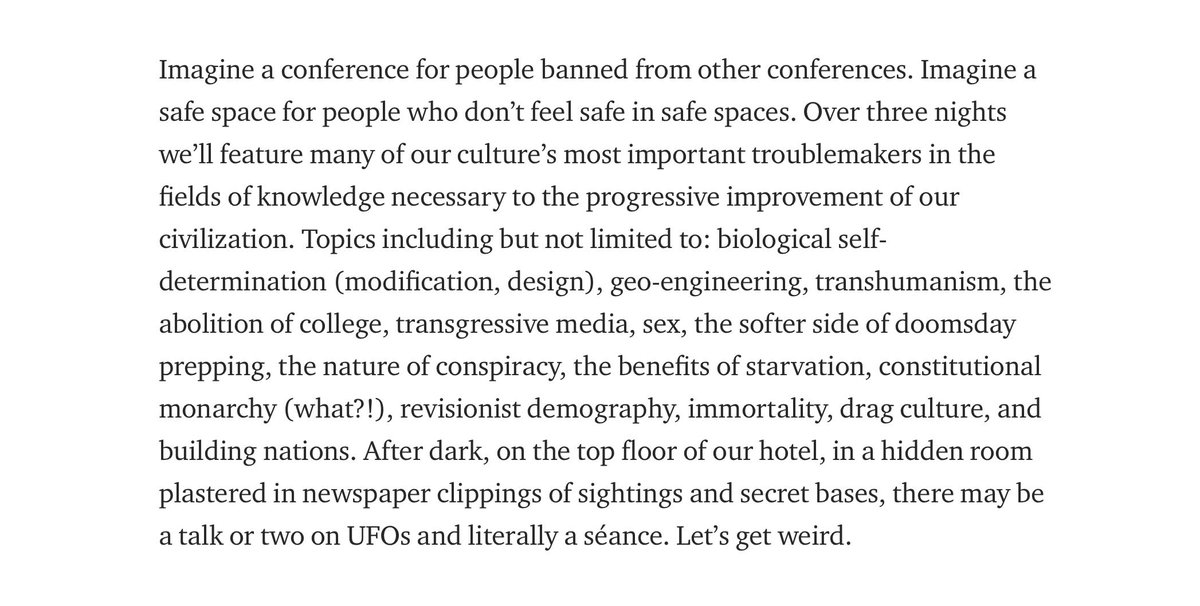 I attended a talk from a prominent seasteader once. There is something so enthralling about that vision, of establishing the frontiers, not with war, but with belief — catalyzing conviction to break free & establish a new system. Then their ICO slide punched me in the face.

Is the conference circuit, even those projecting themselves as the contrarian to the establishment, for those with a vision that will truly break free from the system? Or are those conferences just a grifter field day? Stories are so powerful, and I hope this one proves me wrong.