Whatever you believe about Anduril, the monopolization and consolidation of the defense sector should have you more concerned. "How is it there’s so many billionaires and no Iron Man?”  https://www.bloomberg.com/news/features/2019-10-03/tech-s-most-controversial-startup-now-makes-attack-drones …

These Anduril interceptor drones were previously unreported, and they claim to have started shipping them to the military and U.S. allies this year. I wouldn't call them 'attack drones.' They are defense drones that take out other drones. 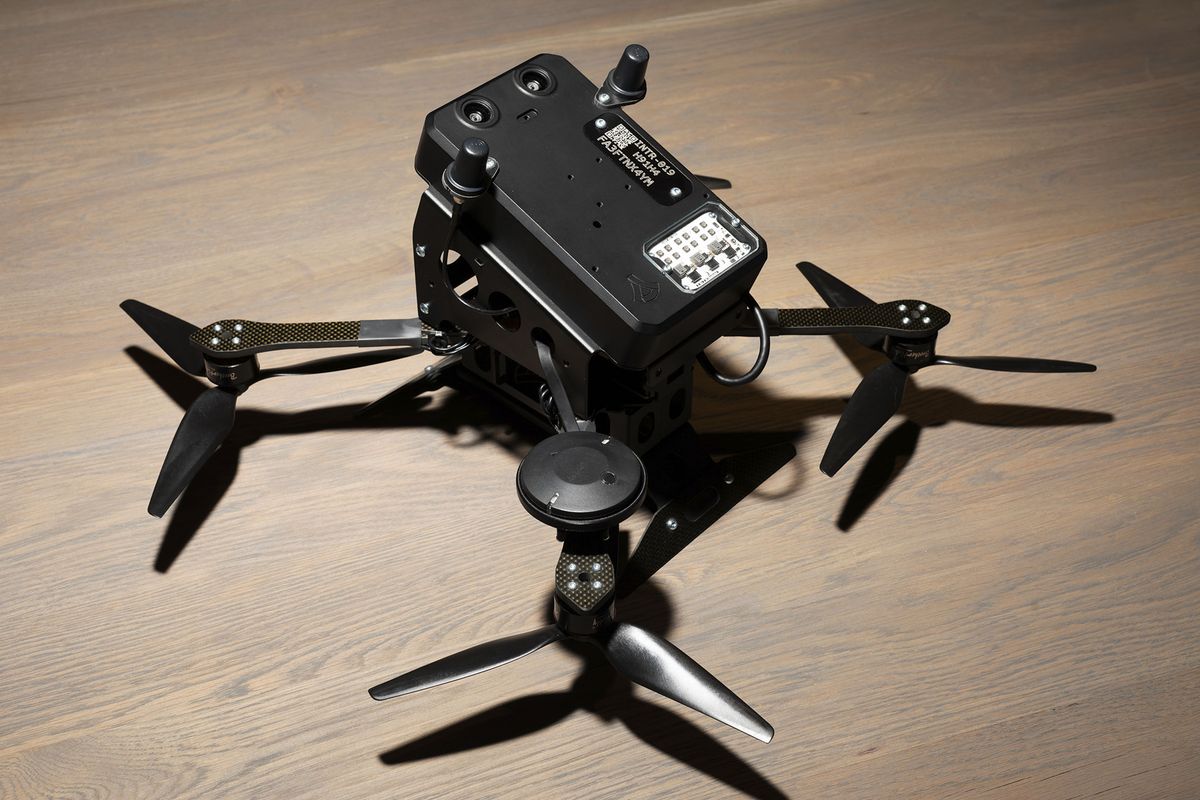 The recent oil facility attacks in Saudi Arabia really highlighted just how vulnerable the world is to small, weaponized drones. There is a real need for interceptors.

Unlike a lot of those military/airport system deployments, and the soft-kill 'guns' that cause drones to panic and land, interceptors like Anduril's rely on vision. That is what the terrorists and nations will be using — and it was very important for the defense-side to catch up.

But atlas, this Bloomberg piece on Anduril describes the picture on the left as one of their 'creations.' Another angle is the picture on the right, and it has been described as a gun copter. Not as optimistic about that 😬  https://www.bloomberg.com/news/features/2019-10-03/tech-s-most-controversial-startup-now-makes-attack-drones … 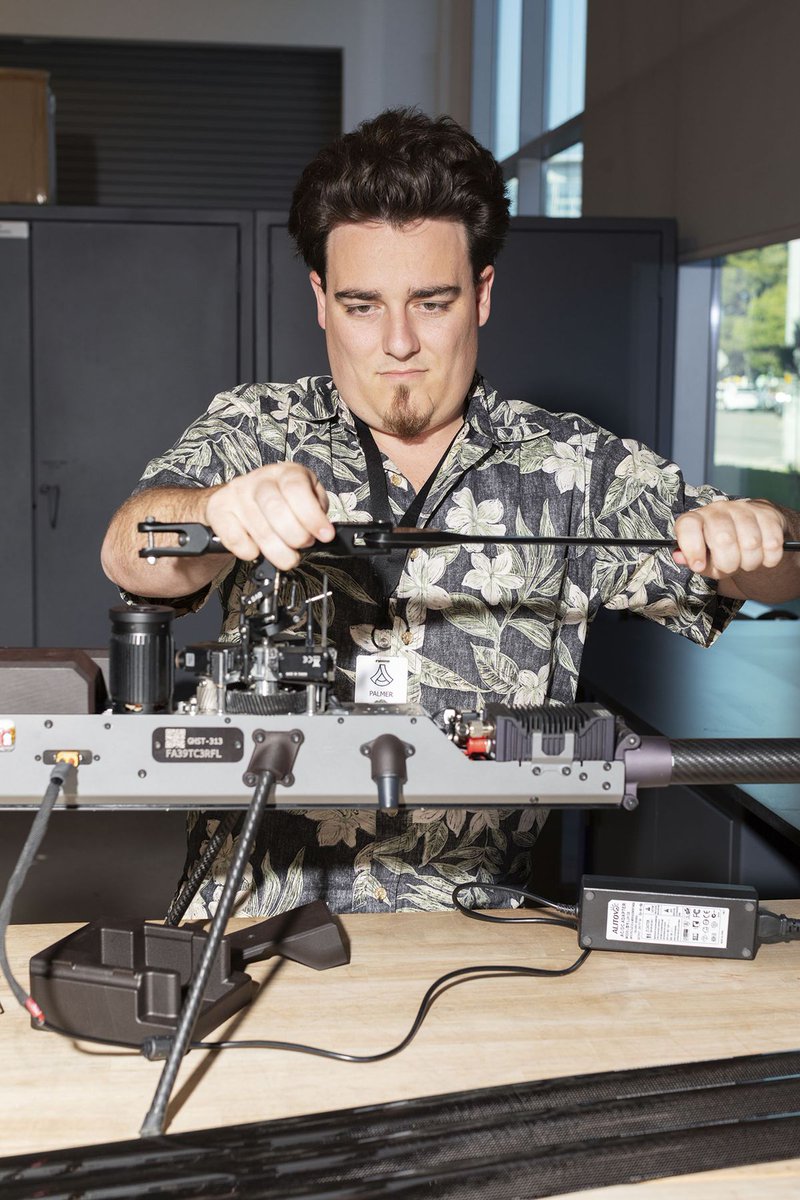 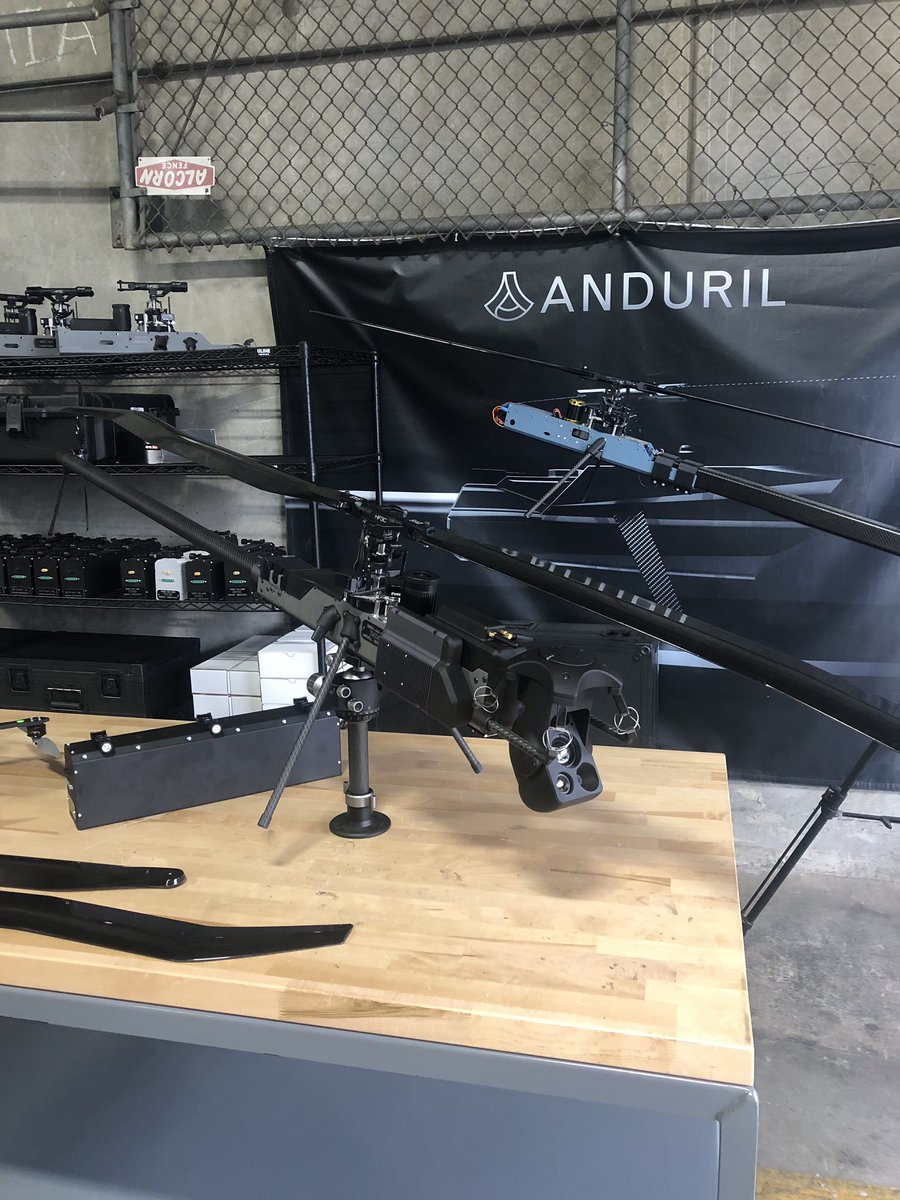 There is an interview to go along with Anduril's latest fundraise... and yep  https://www.youtube.com/watch?v=fAURqUnx7gE …