📝 Chanel Miller's words have profoundly influenced how society talks about sexual assault. Are they too raw for a public space? Let us know in the comments below the article.  https://www.latimes.com/california/story/2019-10-04/the-space-where-brock-turner-sexually-assaulted-chanel-miller-is-at-the-center-of-an-ongoing-battle-at-stanford …

Some students and faculty see Stanford's rejection of Miller's suggested language for a plaque as a silencing of her voice.

According to Miller, the school's first rejection seemed largely influenced by the university’s belief that her choice of words targeted Brock Turner.

Chanel Miller withdrew from the project. But a virtual marker went live last week with Miller’s chosen passage: “You took away my worth, my privacy, my energy, my time, my safety, my intimacy, my confidence, my own voice, until today.” 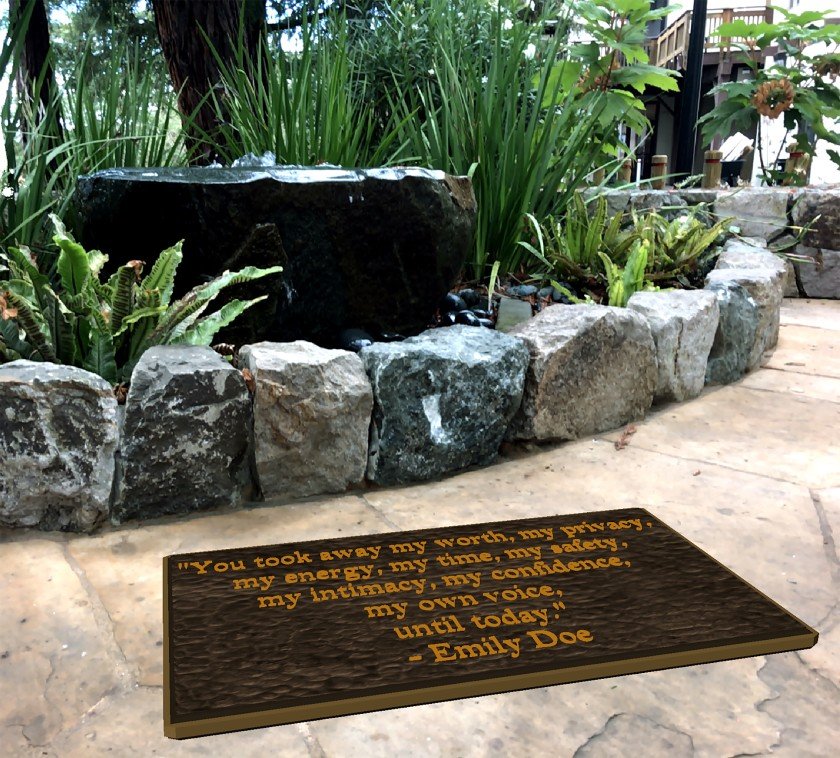 More than 50 people wrote letters expressing hope for what the garden could mean to future students. The “Dear Visitor” letters, shared with The Times, spoke of personal traumas and criticized the university for refusing to let Miller’s voice be heard.
https://www.latimes.com/california/story/2019-10-04/the-space-where-brock-turner-sexually-assaulted-chanel-miller-is-at-the-center-of-an-ongoing-battle-at-stanford …