Leaked government paper warns that the UK’s efforts to strike a US trade deal after Brexit could “severely limit” Britain’s ability to negotiate an equivalent agreement with the EU. 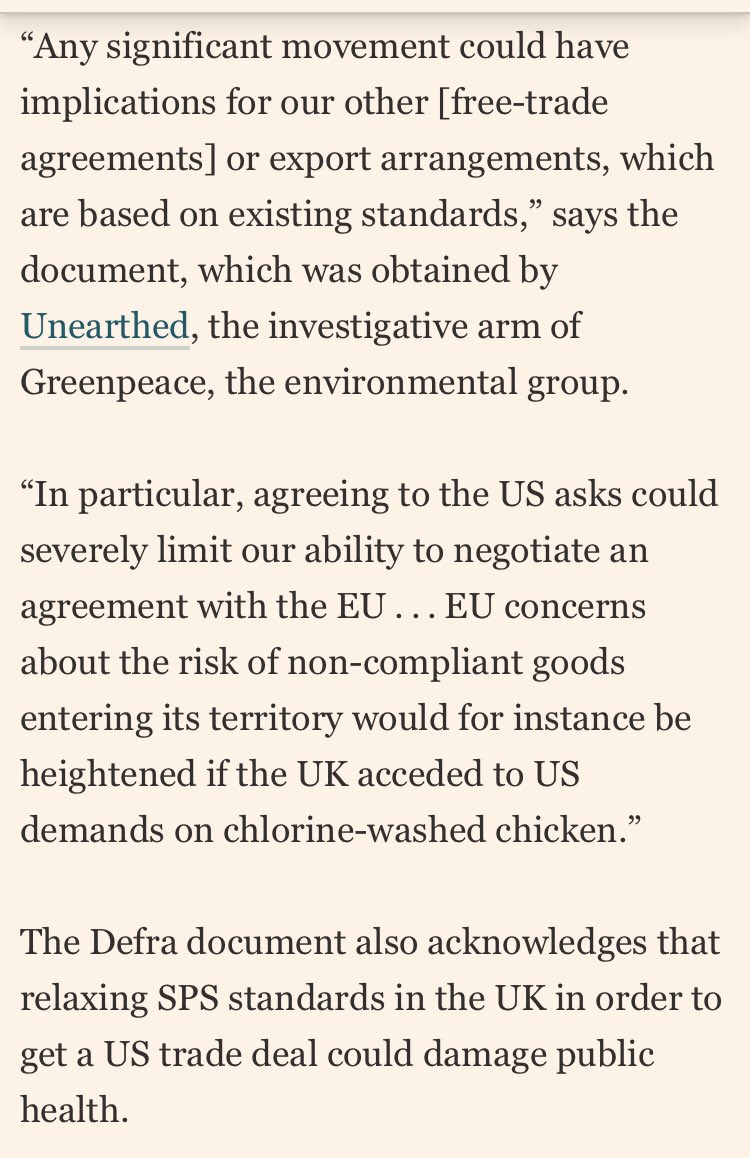 The document says relaxing SPS standards in the UK to get a US trade deal could damage public health.

“Weakening our SPS regime to accommodate one trade partner could irreparably damage our ability to maintain UK animal, plant and public health, and reduce trust in our exports.”

“Their (US) rules specify ‘acceptable levels’ of maggots in orange juice, rat droppings in ginger and hormone levels in beef. The right level should be zero.”

Here’s an interesting counter-argument against the specific Gardiner claim, written by a former food standards official