California’s massive delegation to the U.S. House of Representatives — the largest of any state — will play an important role in the impeachment inquiry into President Trump.  https://www.latimes.com/projects/california-house-impeachment-list/ …

46 of the state’s Democratic representatives support the impeachment inquiry into President Trump. But that didn’t come immediately — the whistleblower’s complaint was a tipping point for more than half.  https://lat.ms/2Iwugj3 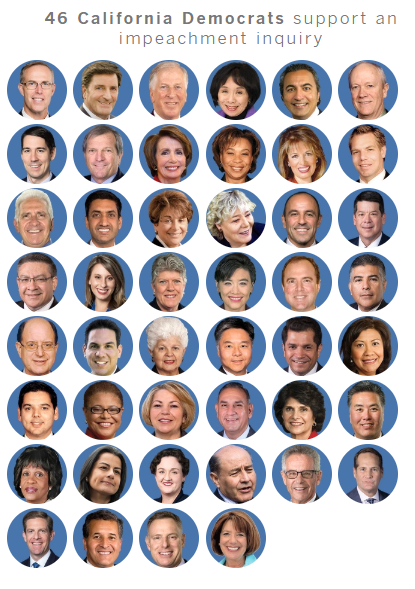 Seven of the state’s Republican representatives don’t support an impeachment inquiry. Rep. Kevin McCarthy is the leading Republican in the House and will play an important role in protecting the president.  https://lat.ms/2Iwugj3

Support for the ongoing inquiry among the California delegation is split along party lines. Here's how it came to be — and where your representative stands.  https://www.latimes.com/projects/california-house-impeachment-list/ …