Confused about Trump’s threat to Turkey?

The Treasury still has not issued a fine against Turkey’s state-run bank Halkbank for its role in a record-breaking money laundering scheme to Iran.

Experts told me last year the fine could torpedo its economy.  https://www.courthousenews.com/turkish-markets-brace-for-bankers-sentencing-in-ny/ … 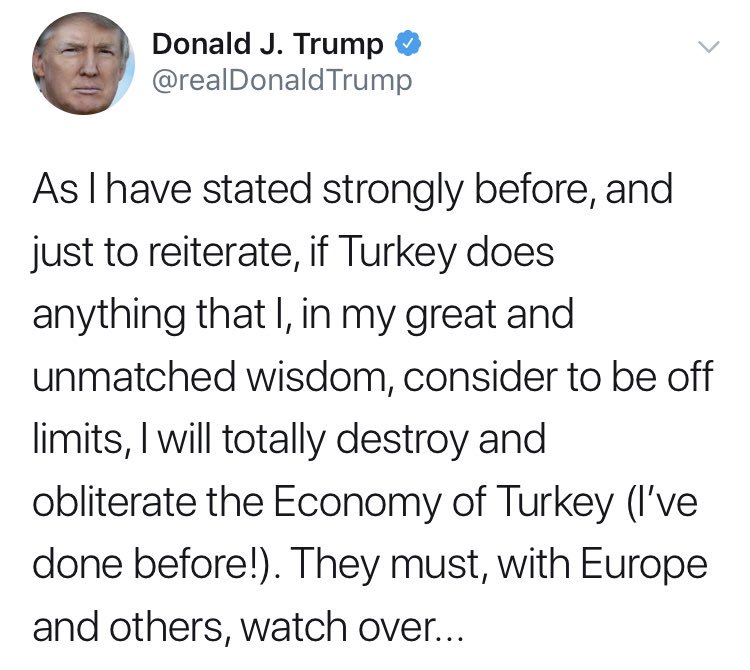 Giuliani represented Zarrab in a quasi-diplomatic mission as a go-between for the White House and Erdogan.

This is an important counterpoint, and this was the exact language that I was summarizing in my tweet, which linked to my article. 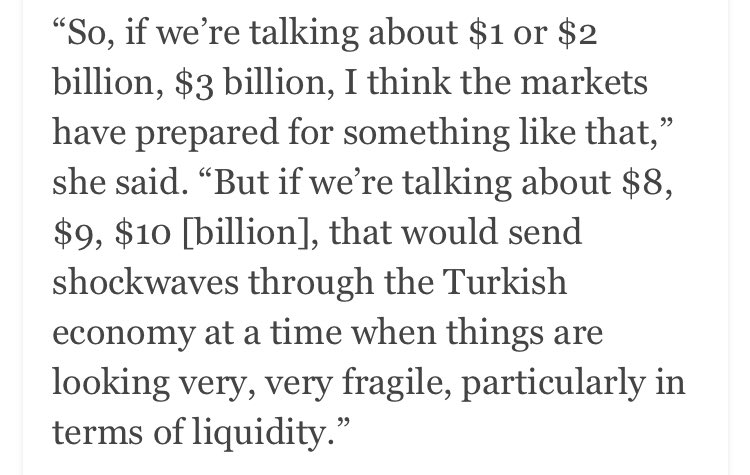