💠 58% of Americans now in favor of impeachment inquiries

These two things go together.

1/ I agree with
@BillKristol on this 👇

I also trust the 60-65% of Americans who are not part of Trump’s base to see it.

You shouldn’t be shocked by Sondland’s refusal to testify. (From
@TimothyDSnyder
: Outrage comes from shock, and shock is a luxury)

2/ Sondland has no diplomatic experience. Trump appointed him because he donates lots of money, including $1 million to Trump’s inaugural committee.

That tells you everything you need to know.
https://www.usatoday.com/story/news/politics/2019/10/08/who-gordon-sondland-trump-ambassador-to-eu-impeachment-witness-key-player-ukraine/3867905002/ …

I also explained why this won't end well for the Trump-GOP.
The demographics are against them, and our institutions are holding out.


Brace yourselves. It's an earthquake (see the thread ⤵️)
But we'll get through it.

Demagoguery means appealing to the non-rational side of people, and it always involves whipping people into a frenzy.

Democracy is slow grinding work. Due process is slower. 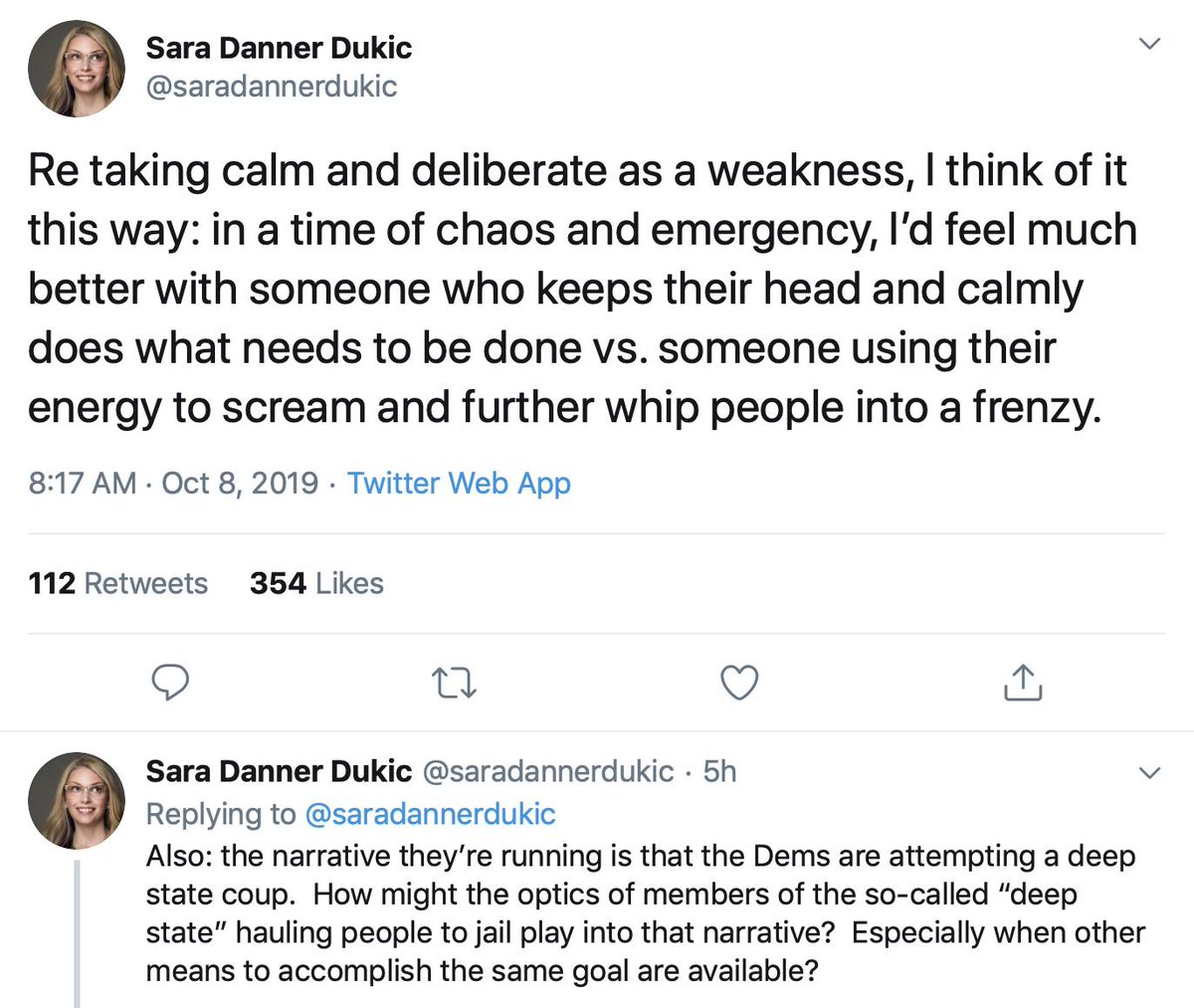 6/ People lose patience with democracy precisely because it is slow, grinding work.

I you don't believe it, run for local office and try to get something done.

The disadvantage is that the process takes a frustratingly long time.

7/ The advantage is that the institutions and norms that make the process slow also make it hard for someone like Trump to take over. He's also slowed down.

Autocrats like Trump have appeal precisely because people dislike the give and take and grinding work of democracy.

All my threads are also blog posts. This one is here:  https://terikanefield-blog.com/no-surprise-more-trump-team-lawbreaking/ …