Without speculating as to the identity of today's attackers, Sachsen-Anhalt has a significant right-wing extremism problem, intensified by events last year in the neighbouring federal German state of Sachsen.

Riots in the city of Chemnitz during which right-wing extremists coordinated 'foreigner hunts' through smartphone apps, have left simmering unresolved tensions.

Halle, in which today's incident occurred, was the scene of violent confrontations between right-wing identitarians, police and anti-fascist groups in July. 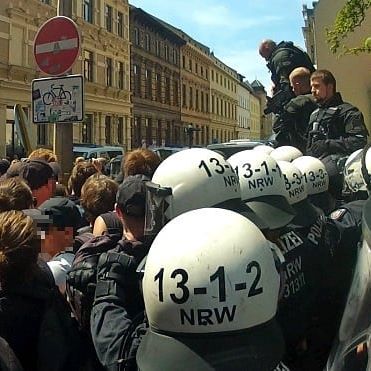 Officers have 'NRW' for Nordrhein-Westfalen on their helmets - that's how far away police were brought in from.