Lake Toba’s tourist industry has struggled since the 1997 Asian financial crisis. But when its provincial governor proposed making the area friendlier to Muslim tourists by regulating its practice of slaughtering pigs in public, critics erupted in anger.  https://lat.ms/2M2SnrT

Pig slaughtering is an important part of life in Lake Toba. To mark a birthday or wedding, residents around Lake Toba typically kill and carve a hog for a feast, sometimes on someone’s driveway.  https://lat.ms/2M2SnrT 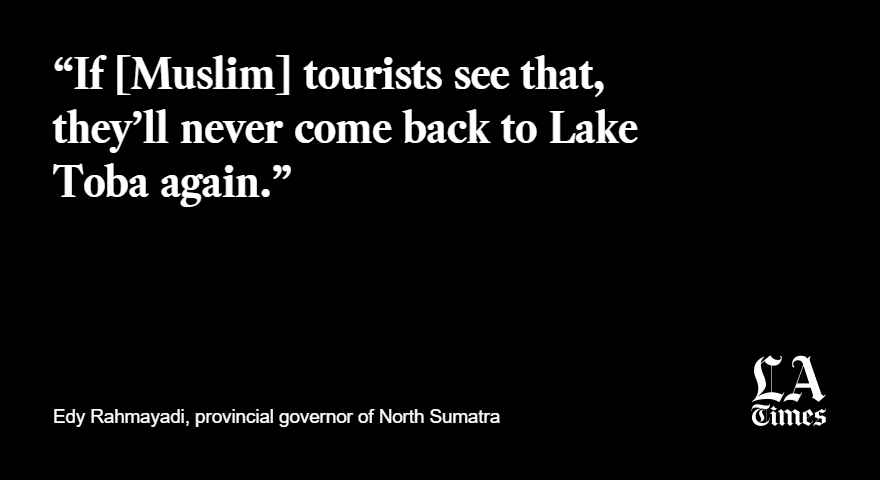 Regulating pig slaughtering wouldn’t be a problem elsewhere in Indonesia, but Lake Toba and the surrounding region is home to the country’s largest Christian ethnic minority group, the Batak.

Batak in the area say they’re unwilling to change their culture to suit visitors. 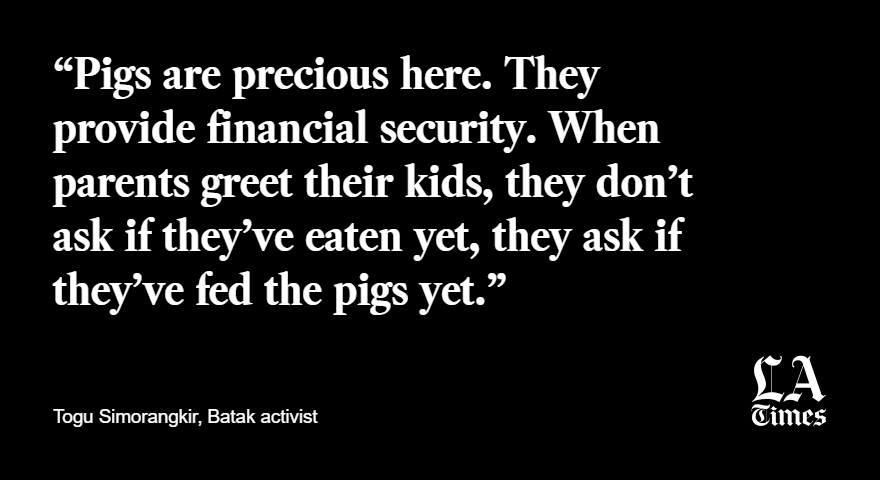