🚨 WSJ: Lev Parnas and Igor Fruman arrested and will be presented in federal court in Virginia today. 🔽

Giuliani’s associates Parnas and Fruman (along with two others) were charged in a 21-page, four-count indictment in SDNY. 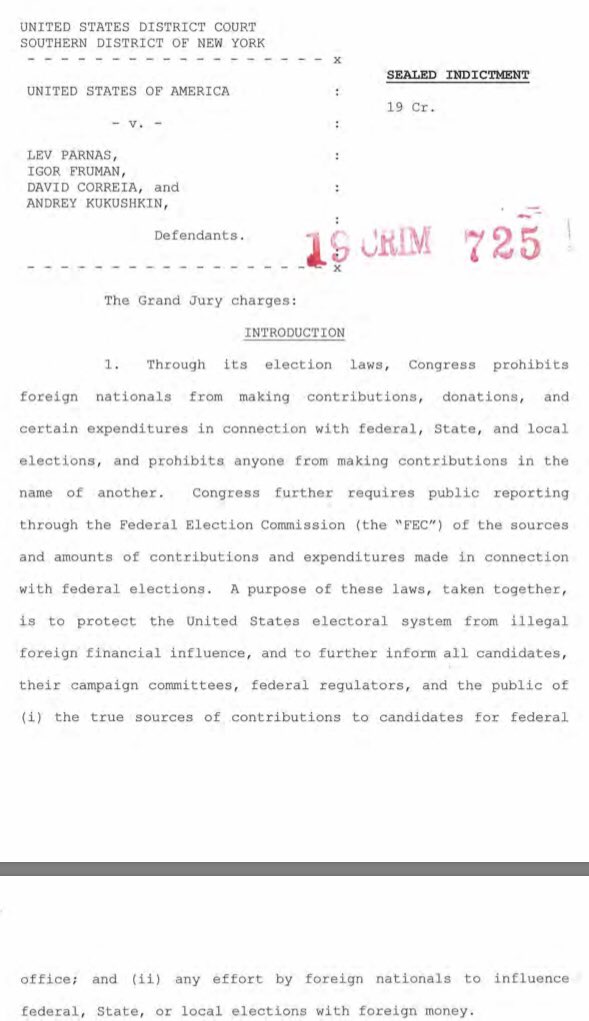 Per the indictment, one of the foreign donations facilitated by Parnas and Fruman took place days before last year's midterm elections. 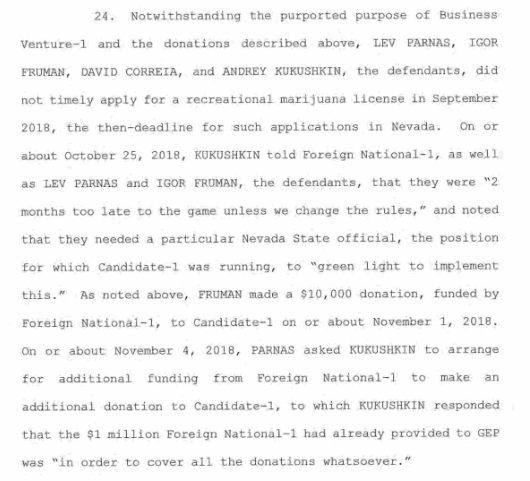 (Deleted prior tweet in order to clarify and specify which elections to which the alleged donation was in proximity.)

"PARNAS and FRUMAN, who had no significant prior
history of political donations, sought to advance their personal financial interests and the political interests of at least one Ukrainian government official with whom they were working."

ICYMI: This AP bombshell is from earlier this week is crucial reading right now, via @CourthouseNews.  https://www.courthousenews.com/trump-giuliani-sought-profits-for-cronies-in-ukraine/ …

CORRECTION: Parnas & Fruman will be presented in Eastern Virginia at 2 p.m.

Andrey Kukushkin, a Ukraine-born U.S. businessman charged in the scheme, will be presented in Northern California at 1:30 pm EST (10:30 AM Pacific).