(Thread) It’s not a Boxing Match

The letter the White House sent to Congress announcing Trump's intent to obstruct the impeachment inquiry is here.  https://www.whitehouse.gov/wp-content/uploads/2019/10/PAC-Letter-10.08.2019.pdf …

It's a political letter, attempting to frame impeachment on Trump’s terms.

1/ The Democrats should not let Trump control how impeachment is framed.

I'll start by debunking a few of the letter's bogus legal points.
I can’t debunk them all.
The letter uses the Firehose of Falsehood strategy: Keep everyone busy playing whack-a-lie

2/ But let's take the claim that the House impeachment inquiry is "unauthorized" and “unconstitutional."

The letter claims the inquiry is “unauthorized” because the past impeachment inquiries started with a full house vote, but this one didn't.

Each House creates its own rules and procedures, and can change them at will.

The claim that the Democrats are trying to overturn an election is also silly: If Trump is removed, Pence becomes president, not Hillary Clinton.

4/ The legal error that permeates the letter is the bogus claim that Trump has the same due process rights as a criminal defendant.

An impeachment proceeding is not a criminal proceeding.

The the only “punishment” that can result is inability to hold office. Art 1, sec. 3 ⤵️

5/ Criminal defendants are entitled to certain due process rights because at stake are constitutional rights of liberty, property, and in capital cases, life.

In impeachment, at stake is not being president any more.

6/ The letter is basically an announcement that the White House will obstruct the proceedings. (This is nothing new; Trump has been obstructing inquiries against him all along.)

The House is also using the obstruction to help in the Court of Public Opinion.
How?
Another word for “obstruction” is “coverup.”

8/ To understand what the House strategy appears to be, you have to understand that they don’t actually need Sondland's testimony.

This message exchange says it all ⤵️

If Sondland doesn’t want to explain the message, we can draw the obvious inferences. 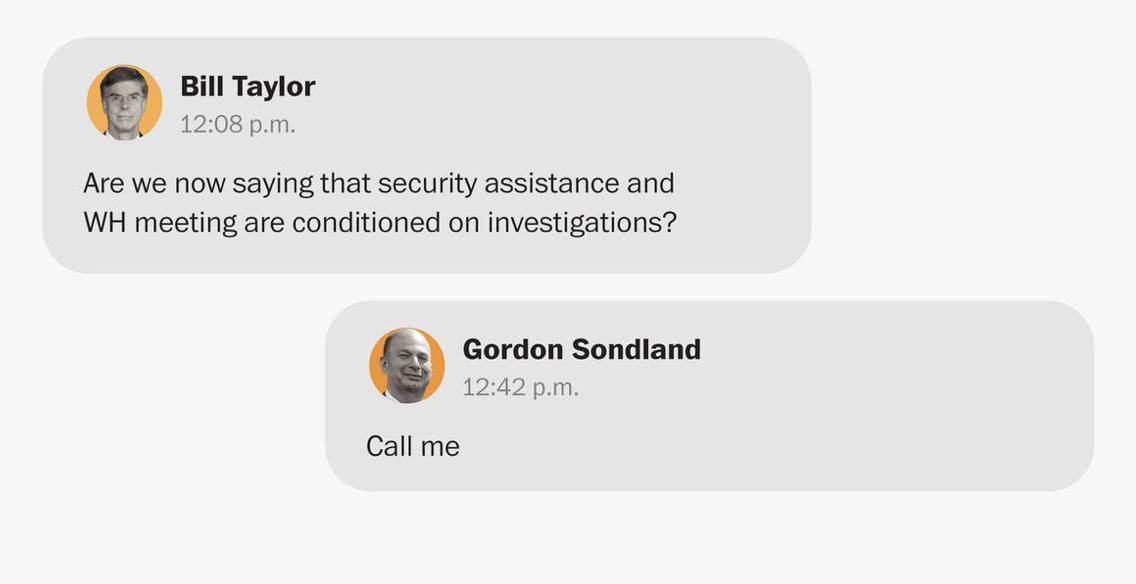 9/ BUT if the House doesn’t try to get his testimony, he'll say: “They never gave me a chance to explain!”

So they have to try to get his testimony. Then they say:

The text message speaks for itself and
Why did he duck the chance to explain?

10/ It also looks to me like the House is litigating the obstruction—not because they need to compel testimony—but because court rulings in their favor strengthens their case.

Court rulings in their favor mean that a 3rd branch of government agrees with Congress. . .

11/ When two branches of government line up against the third, the third loses.

He has a plan of his own, which is evident in the letter.

First, he'll send out a firehose of lies trying to discredit the inquiry.

12/ Meanwhile, Trump keeps his base fired up.

In 1974 some Republicans felt frustrated that Nixon resigned, including, Roger Stone & Paul Manafort.

They wanted Nixon to keep fighting.

Now that Trump has Fox & right wing media, he has a base filled with Stones and Manaforts.

Removal requires 2/3 vote in the Senate.

I think it's safe to say Trump believes the Republican-led GOP will acquit him. 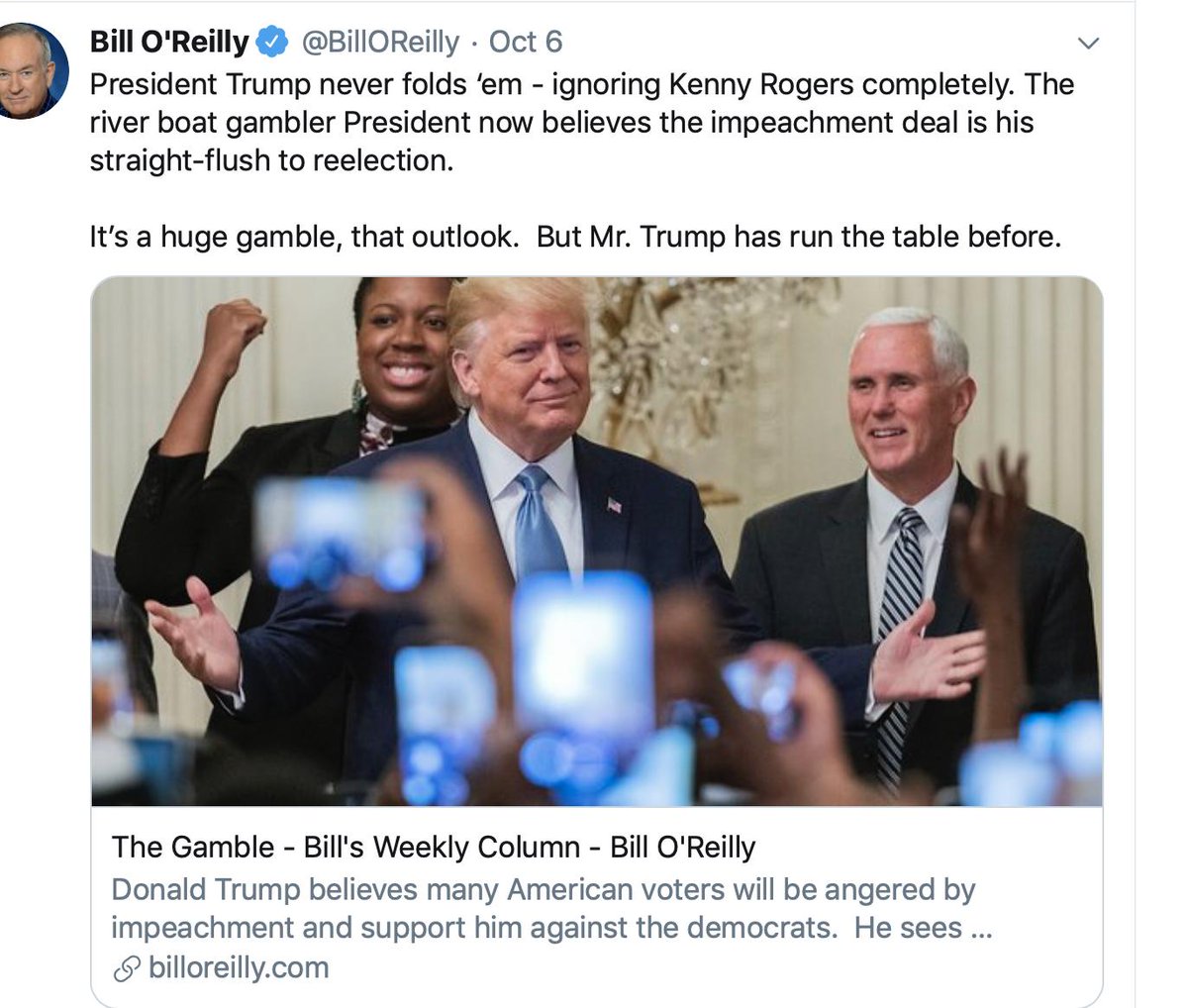 14/ McConnell is promising acquittal (think about that).
https://abcnews.go.com/Politics/wireStory/mcconnell-vows-stop-impeachment-fundraising-video-66087785 …
The White House letter tells me the strategy is to fire up his base by fighting back, and when the Senate acquits, he will declare himself exonerated—and the victim of a totally unfair witch hunt.

15/ The letter is also an attempt to frame the impeachment process as a boxing match, like this:

Trump and the Congressional democrats are in a ring throwing punches; whoever throws the strongest punches wins.

This is the framing Trump wants. The Democrats must avoid it.

16/ Casting the inquiry as unfair is part of the boxing-match mindset.

"They’re being unfair! So I’m punching back!"

The winner is NOT the side that hits hardest or makes the most impressive demonstration of force.

The winner is the side that saves democracy in America.

17/ Only one side wants to save democracy, by which I mean⤵️

Democracy isn't compatible with white supremacy or the Putin-style oligarchy that the Trump-FOX-GOP wants.

The current GOP is anti-Democratic.

A boxing match destroys it. 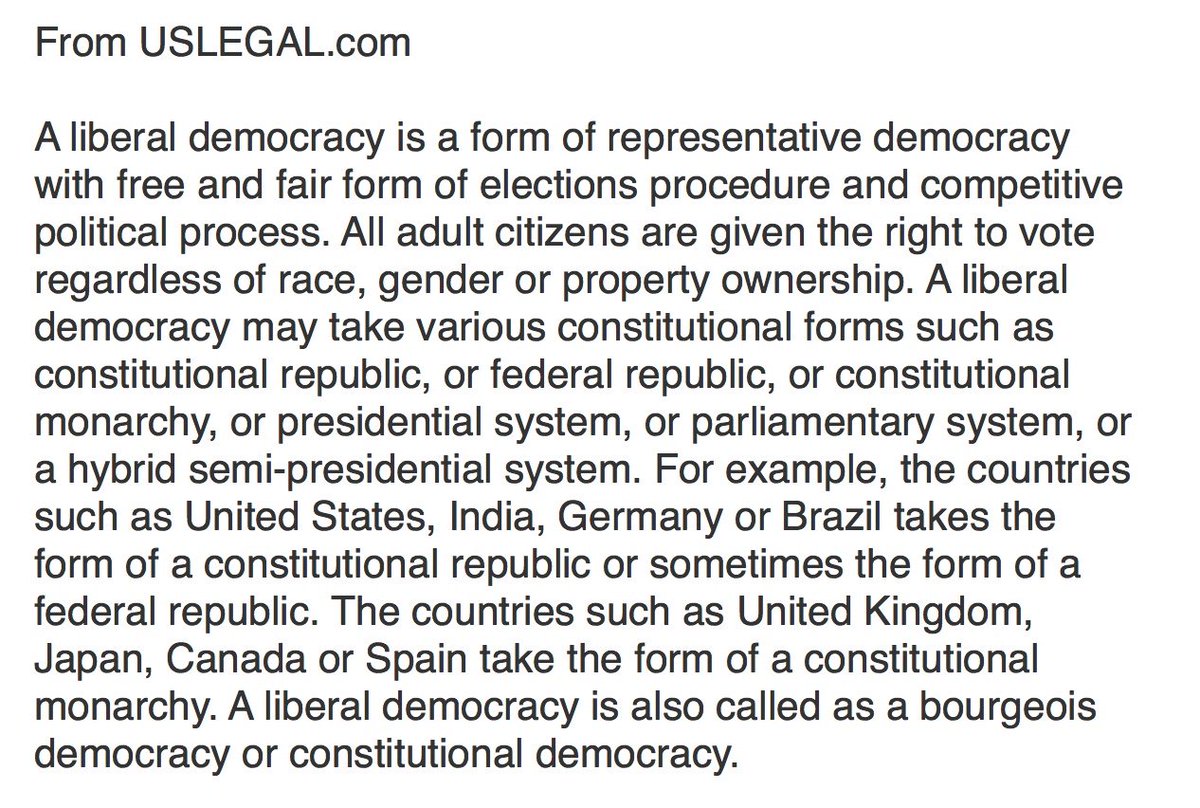 18/ Harvard Prof. Levitsky explains why a boxing match destroys democracy here: (If you’re ready to grab a pitchfork, please listen to his lecture.)

If both sides throw punches, the institutions take a beating AND the Democrats look like Republicans.

19/ This helps the GOP because it batters institutions AND it feeds their cynical "us v. them" narrative, which goes like this:

20/ Cynicism helps kill democracy because, if you believe all politicians are equally corrupt, it doesn't matter who you vote for or even whether you vote.

This question👇 is about whether McDougall is relevant. The question, I take, is this: "She was jailed for contempt. . .

21/. . . during in the Clinton impeachment. So shouldn’t Democrats do the same?"

No, because the statement: "The GOP did it, so we should, too" is to abandon principles and become like them.

Scholars agree that impeachment is for abuse of power & betrayal of public trust. See: 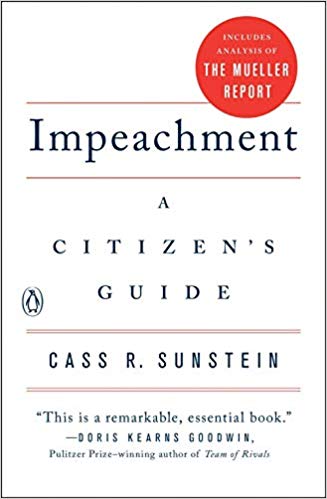 22/ Given the nature of Clinton's wrongdoing, the Clinton impeachment ran contrary to the Constitution.

And we all know how Starr conducted his investigation. Let’s not be like that.

Right now, a part of the far right wing is fired up for actual Civil War.

23/ To combine my metaphors, it’s not a good idea to have a boxing match on a powder keg.

Pelosi clearly doesn't want a boxing match. She wants a proceeding worthy of the founders. Her statement is here: 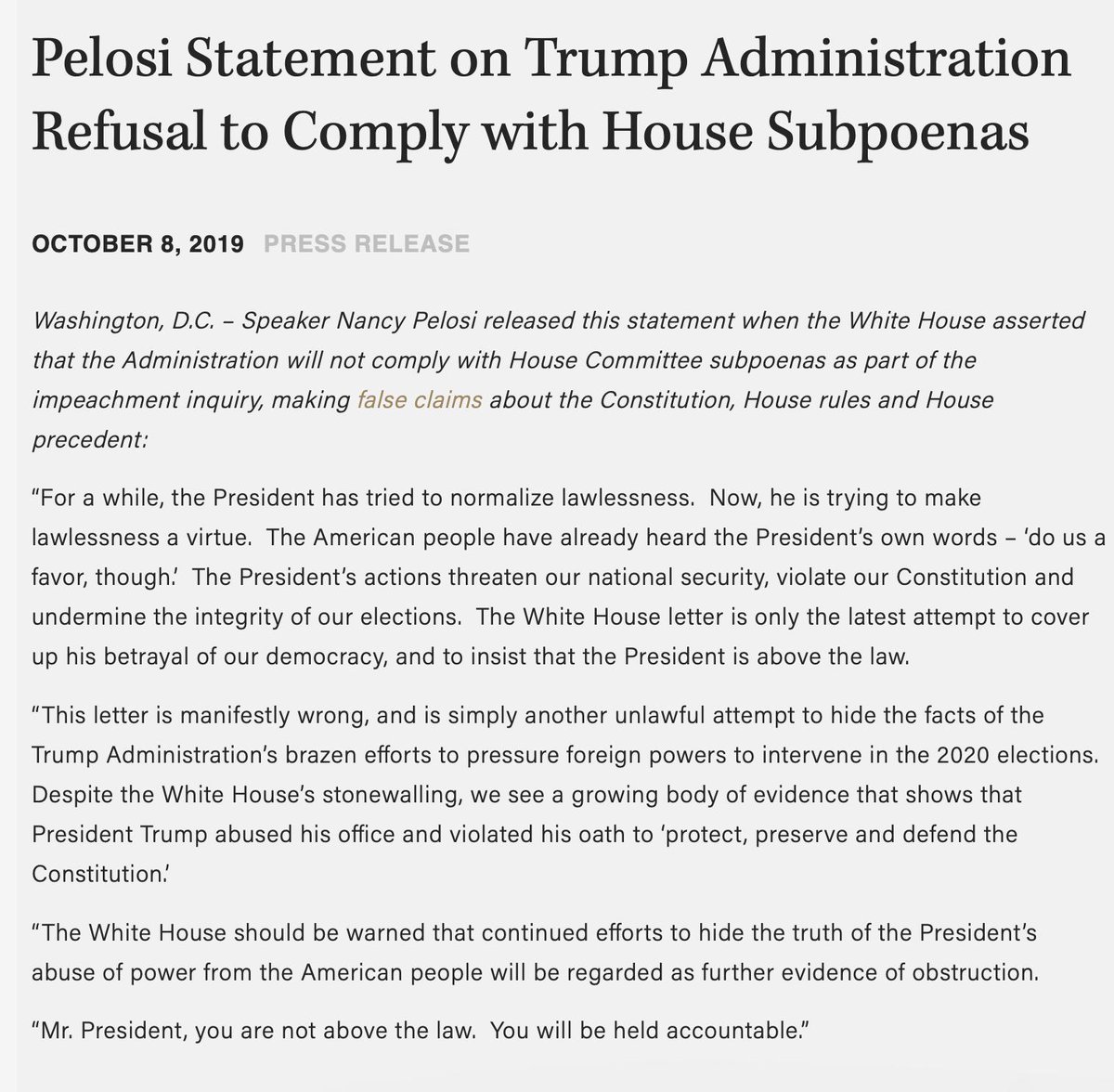 24/ Popular opinion is turning toward impeachment and against Trump.
https://www.msnbc.com/11th-hour/watch/new-fox-news-poll-most-americans-want-trump-impeached-and-out-of-office-70962757589 …

The Fox viewership is aging; the GOP demographics are shrinking.The Democratic base is expanding.

The future belongs to the Democrats.

This is theirs to lose.

I can do one question now.
If impeachment were subject to judicial review, the courts would have the final say, and the Constitution gives the sole power to Congress.

Congress proceeds as it chooses.

The other questions I answered in the thread.

I should add to this that the proceedings are more analogous
to civil proceedings in which the standard of is preponderance of the evidence (instead of beyond a reasonable doubt) and rules of discovery apply.

Trump wants this to be like a criminal trial.

All my Twitter threads are also blog posts. This one is here:  https://terikanefield-blog.com/its-not-a-boxing-match/ …

For new followers, all my old threads and research is searchable and categorized.

My Twitter-thread writing career started as a book idea. I thought I'd tweet out my research as I did it . . .

I decided not to write the book (I've written enough books!) and instead decided do voter protection work this year.

So I put all my research onto a website and made it public, as a service.

Adding this to the thread -- others agree.

As @tedlieu keeps saying: The House has enough now for Articles of Impeachment.

But they want to get it right and be thorough.
But it won't be long now because there's no need to compel testimony.