From the DC Circuit’s dismissal of Trump’s attempt to quash congressional subpoenas of his accounting firm, Mazars:

Separation of powers exists to “save the people from autocracy.” cc: @CourthouseNews 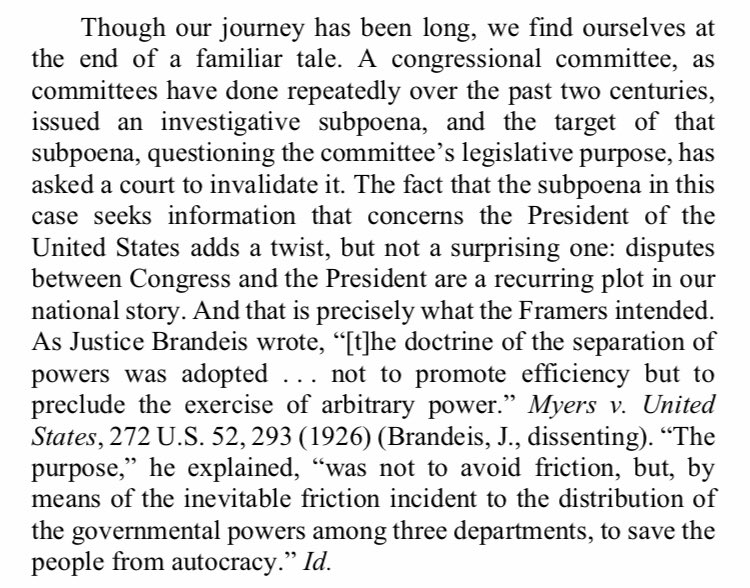 Heart of the majority's 2-1 opinion:

"In sum, we detect no inherent constitutional flaw in laws requiring Presidents to publicly disclose certain financial information. And that is enough"

Followed by a swipe at Trump-appointee Judge Rao's dissent. 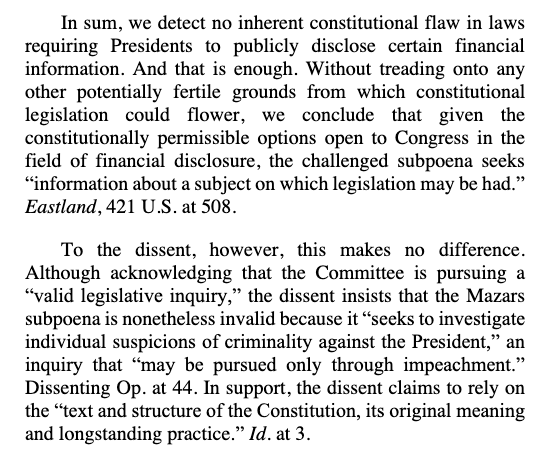 Responding to Rao’s argument whittling Congress’s power to investigate, Judge Tatel writes that it would “reorder the very structure of the Constitution” to give Congress the “Hobson’s Choice of impeachment or nothing.” 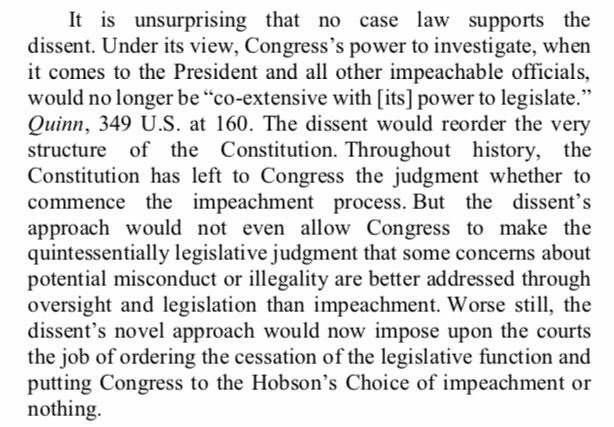 It's a "victory for the rule of law and our nation's system of checks-and-balances." 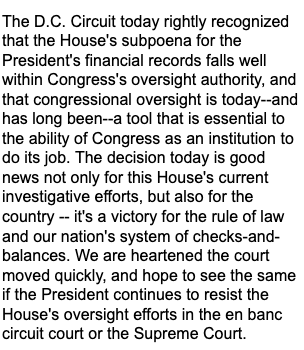 ICYMI: A roundup of today's D.C. Circuit decision by my colleague @MMineiro_CNS  https://www.courthousenews.com/judge-upholds-order-for-house-to-subpoena-trump-taxes/ …