Phil Griffin, the current president of MSNBC, waving around a zoomed in photo of Maria Menounos’s vagina in a staff meeting. 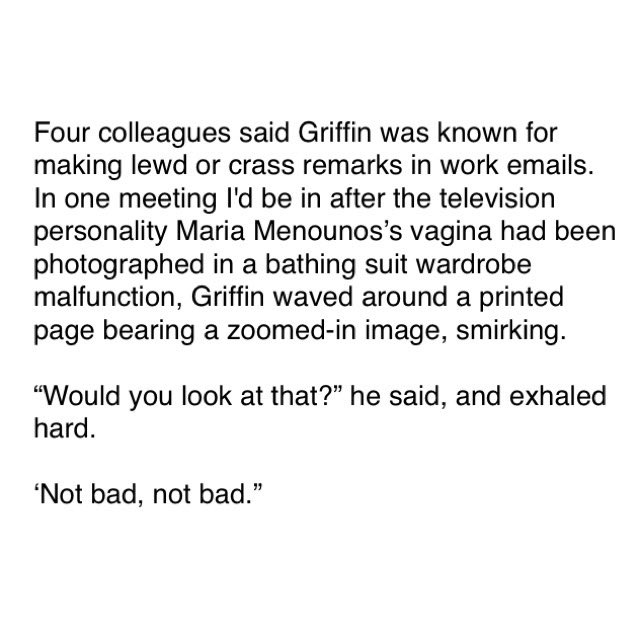 According to @RonanFarrow's new book, when he played this audio for NBC News president Noah Oppenheim, Noah reacted by saying: "Eh...I mean, I don't know what it proves."

3. Another thing NBC News president Noah Oppenheim said to @RonanFarrow (according to Ronan's book) after listening to this audio was: 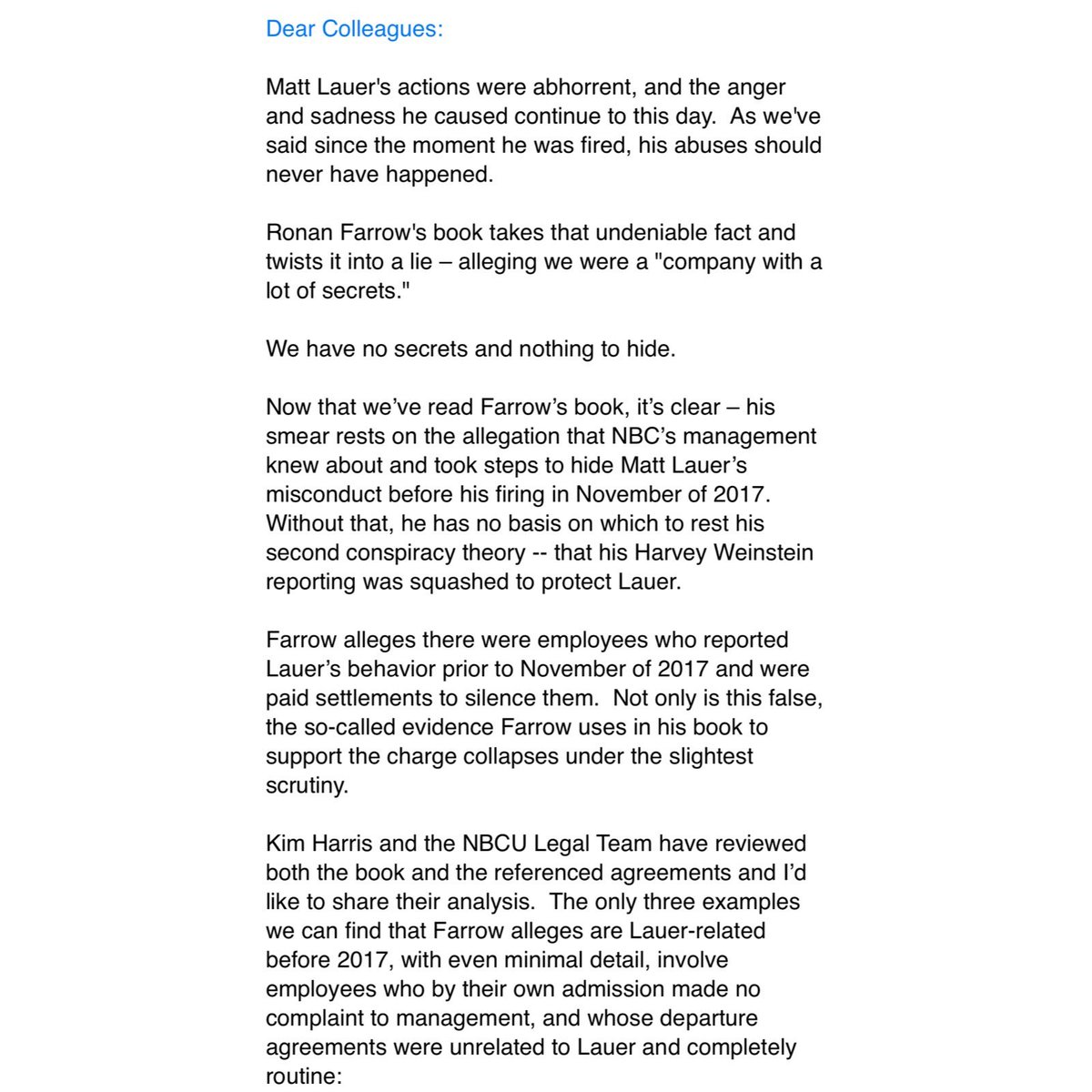 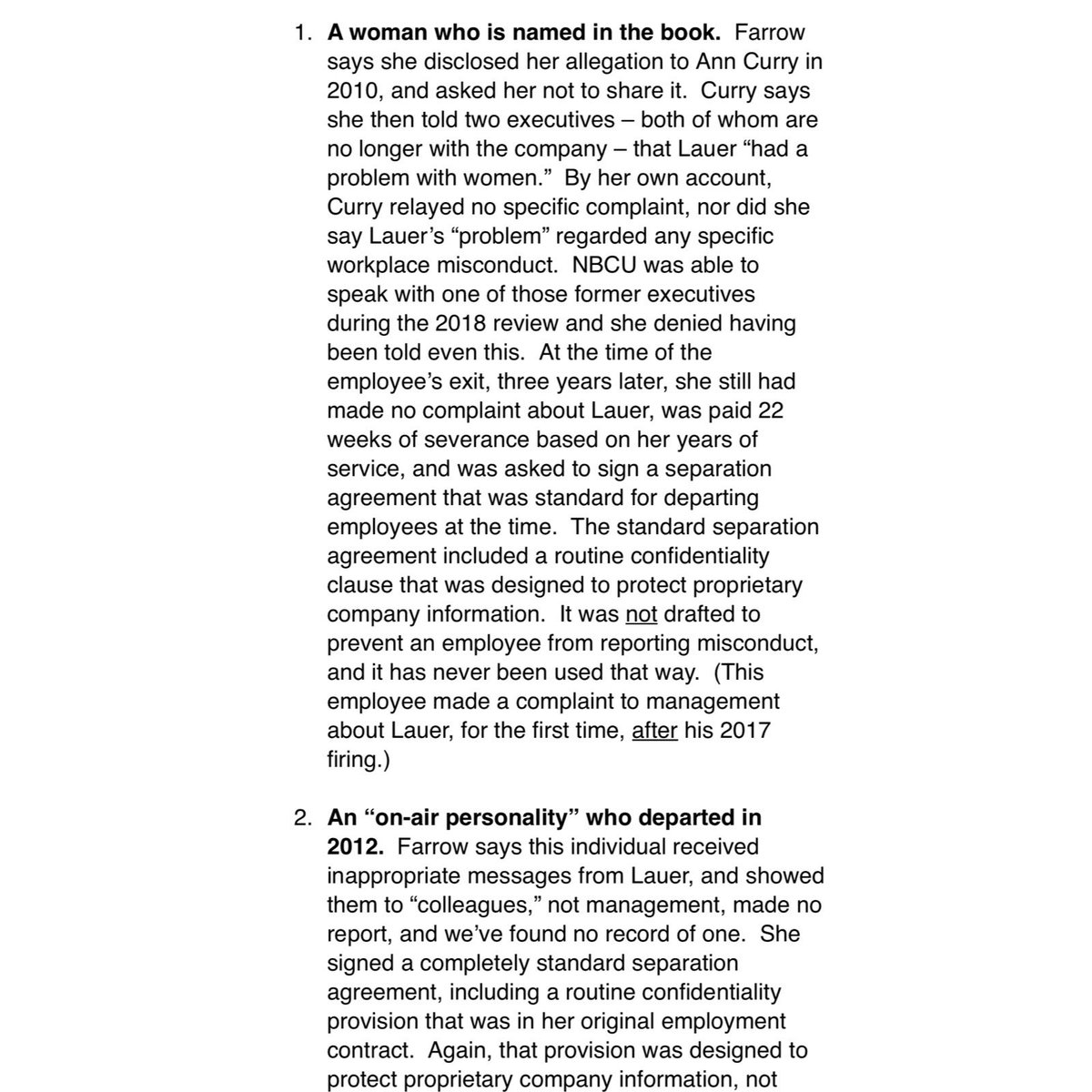 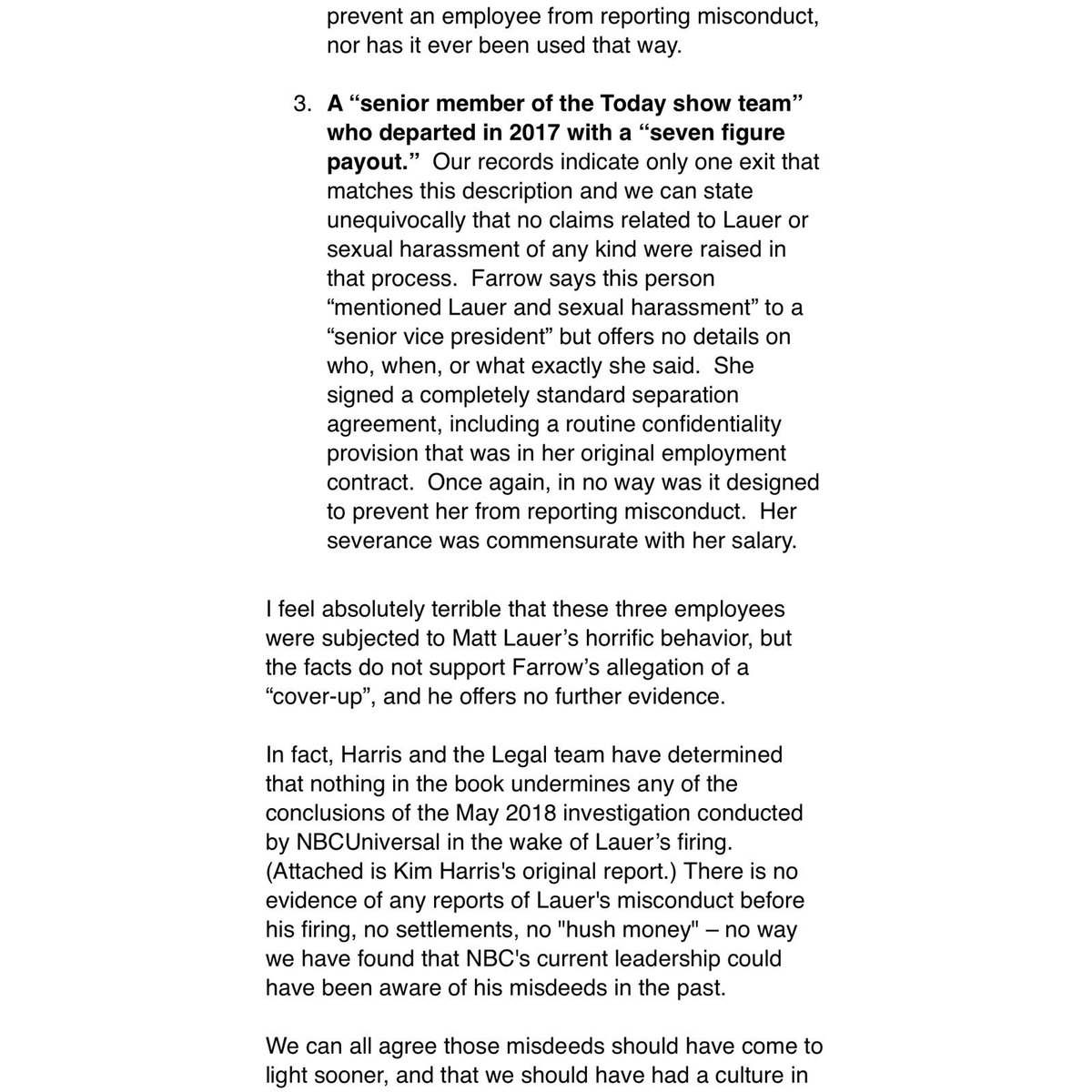 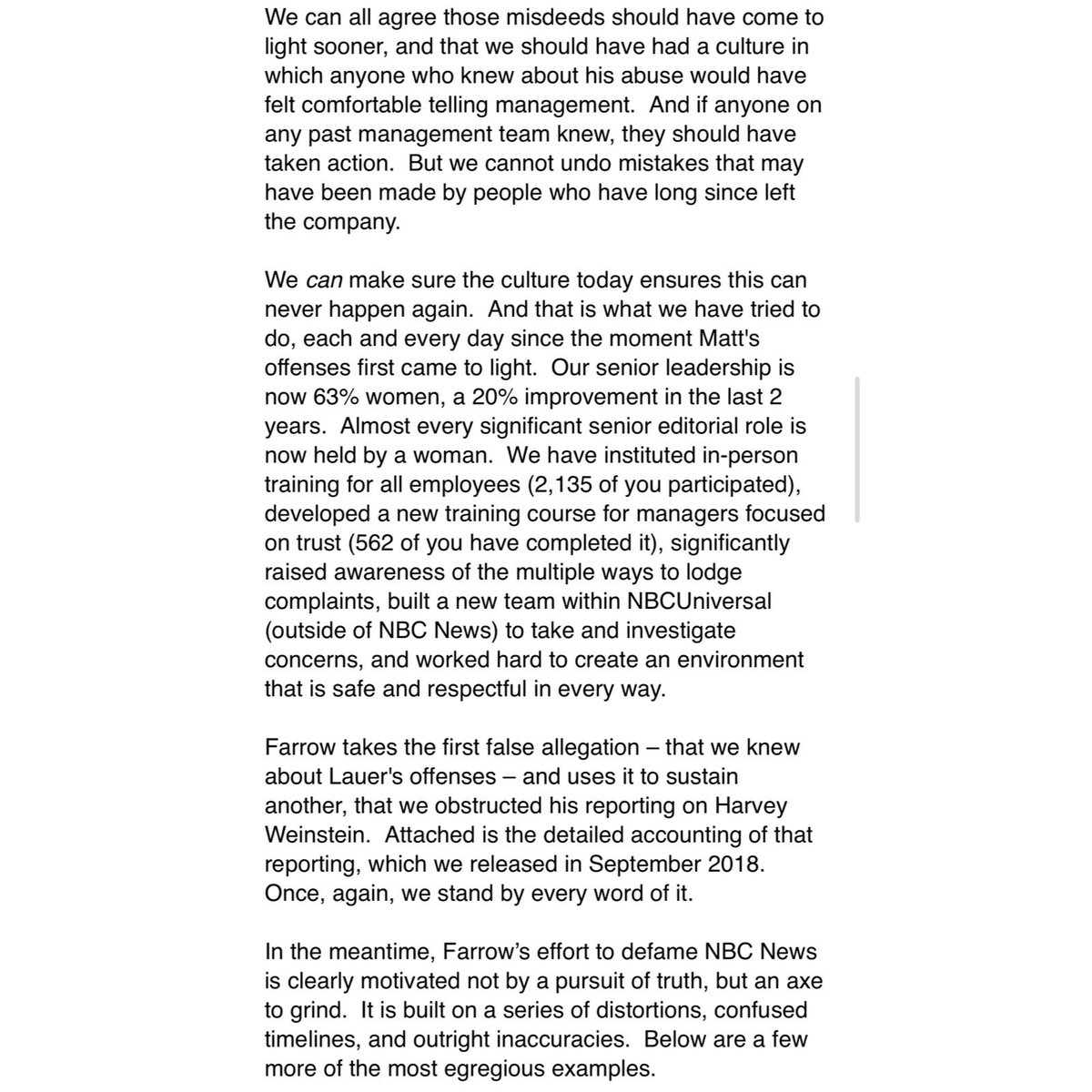 5. This is how chapter three of @RonanFarrow’s book begins...

With Dylan Howard, the editor in chief of the National Enquirer, ordering the contents of a safe to be shredded after getting a call from the Wall Street Journal about Trump. 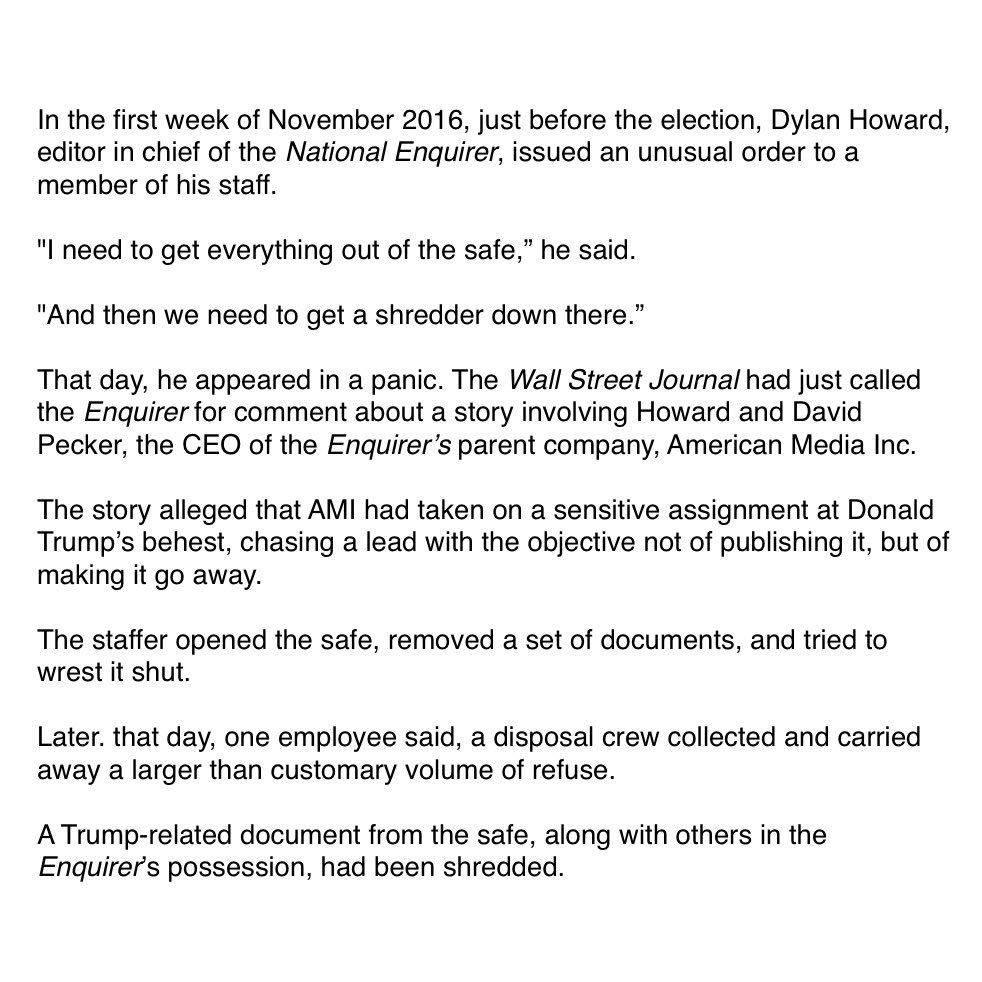