Geothermal plants at the Salton Sea could soon contribute to California's war against climate change in a new way: by producing lithium, a key ingredient in batteries that power electric cars and store solar power for use after dark.  https://lat.ms/2pkjnds

Below, a sign of the powerful geothermal reservoir at the southern end of the Salton Sea. 📸: @Carolyn_Cole 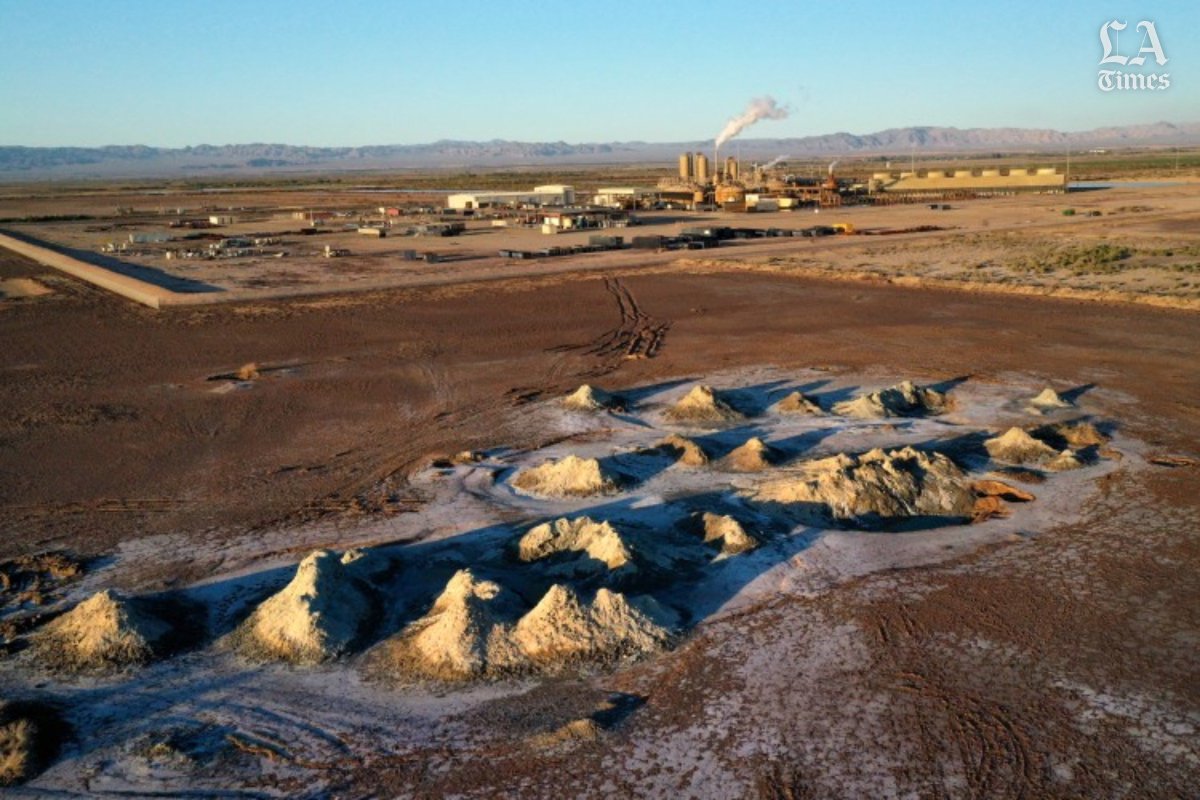 Companies have tried for decades to extract lithium from the super-heated underground fluid used for energy generation at the southern end of the Salton Sea ⁠— but it hasn’t been easy.

Now, another company claims to have solved the lithium problem.  https://lat.ms/2pkjnds

EnergySource's plant would be the first major U.S. source of lithium, and it could represent an early step toward a domestic battery supply chain. 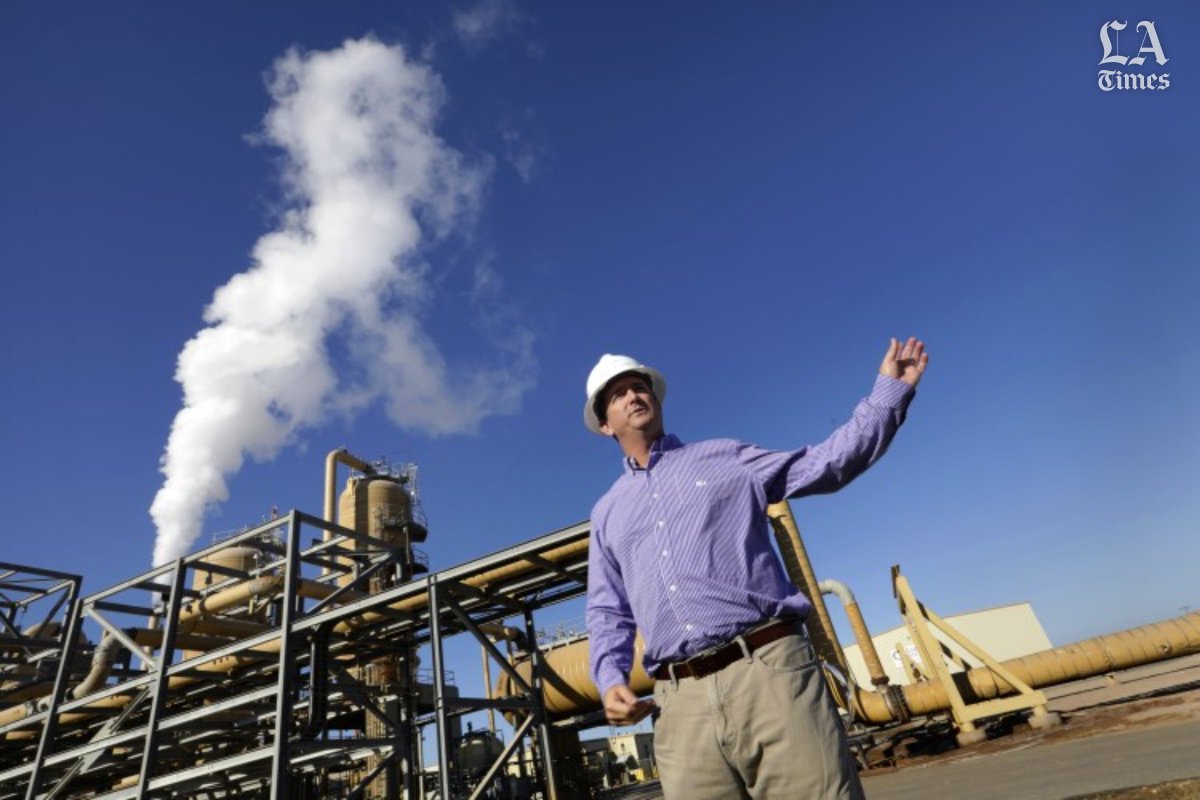 Efforts to extract lithium at the Salton Sea could unite environmentalists and national security hawks, who are loathe to rely on other countries for a mineral expected to play a key role in powering the U.S. economy. Energy reporter @Sammy_Roth explains:  https://lat.ms/2pkjnds