Janelle Shane+ Your Authors @JanelleCShane I blog at aiweirdness.com/. My book "You Look Like a Thing and I Love You" is out Nov 5th! Research Scientist in optics. she/her. wandering.shop/@janellecshane Oct. 14, 2019 1 min read + Your Authors

Need a Halloween costume idea? Here are some ideas generated by a neural net
https://aiweirdness.com/post/188342947482/halloween-costumes-by-the-neural-net-gpt-2 … 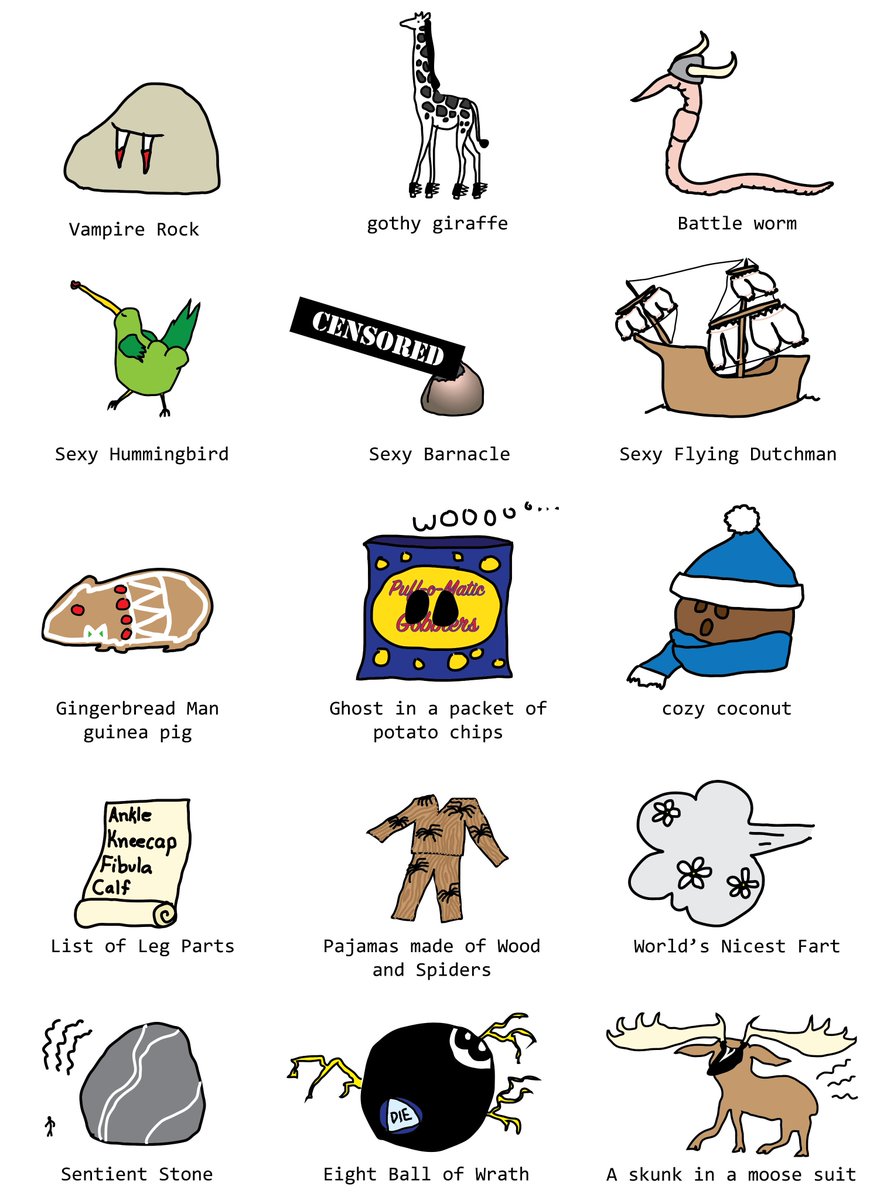 In 2017 I tried to generate Halloween costumes with a neural net that didn't have any prior knowledge of English words. Its costumes often made no damn sense.
https://aiweirdness.com/post/166814009412/a-neural-network-designs-halloween-costumes … 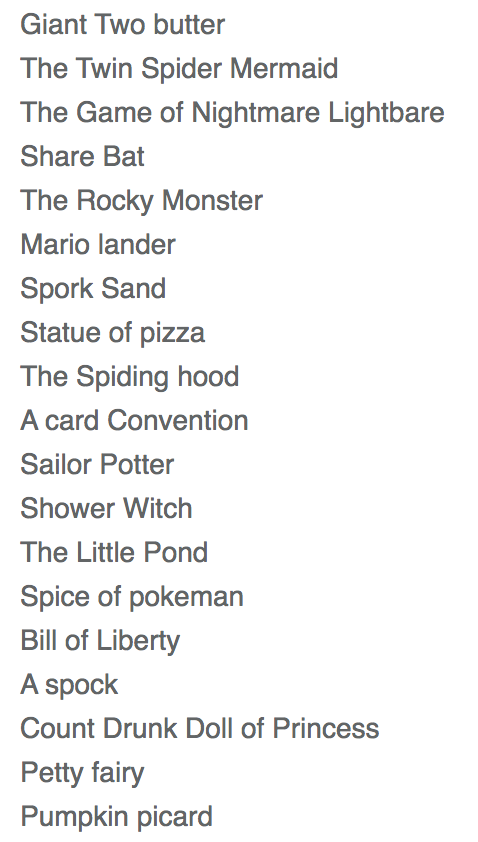 In 2018 I tried generating Halloween costumes with a slightly bigger dataset, but the neural net still couldn't do more than remix letter combinations.

But @susanthesquark of @nytimes arranged for a Professional Illustrator & Jessia Ma nailed it:
https://www.nytimes.com/interactive/2018/10/26/opinion/halloween-spooky-costumes-machine-learning-generator.html … 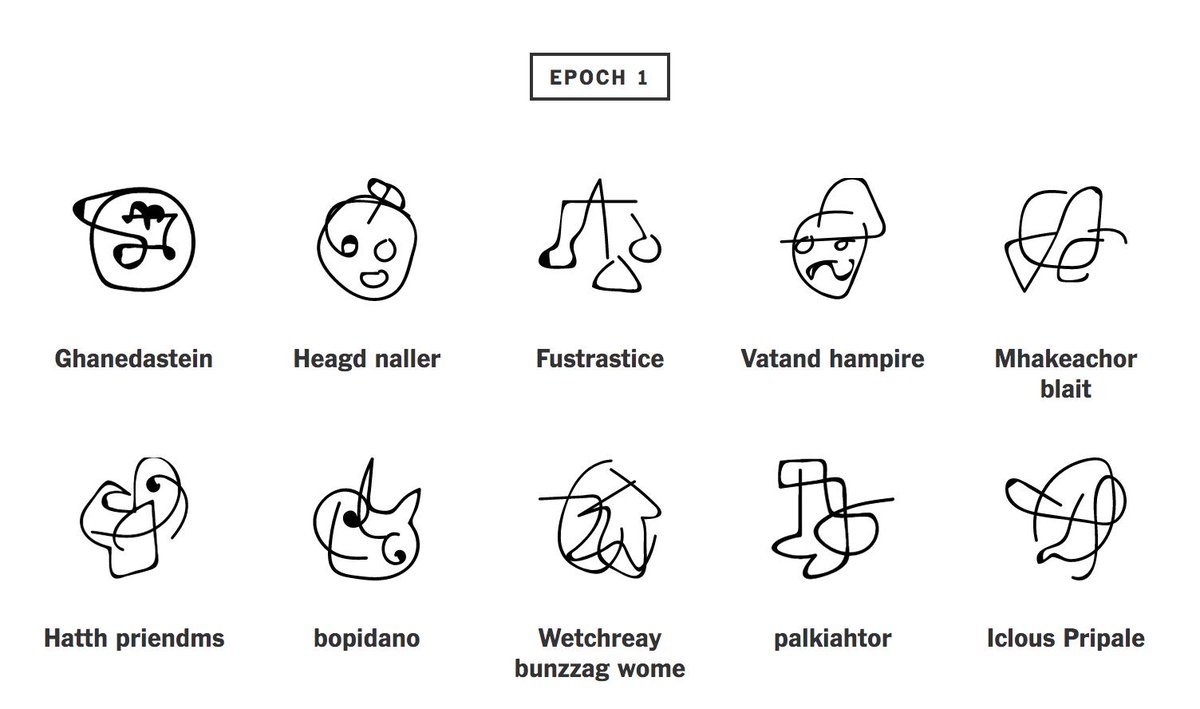 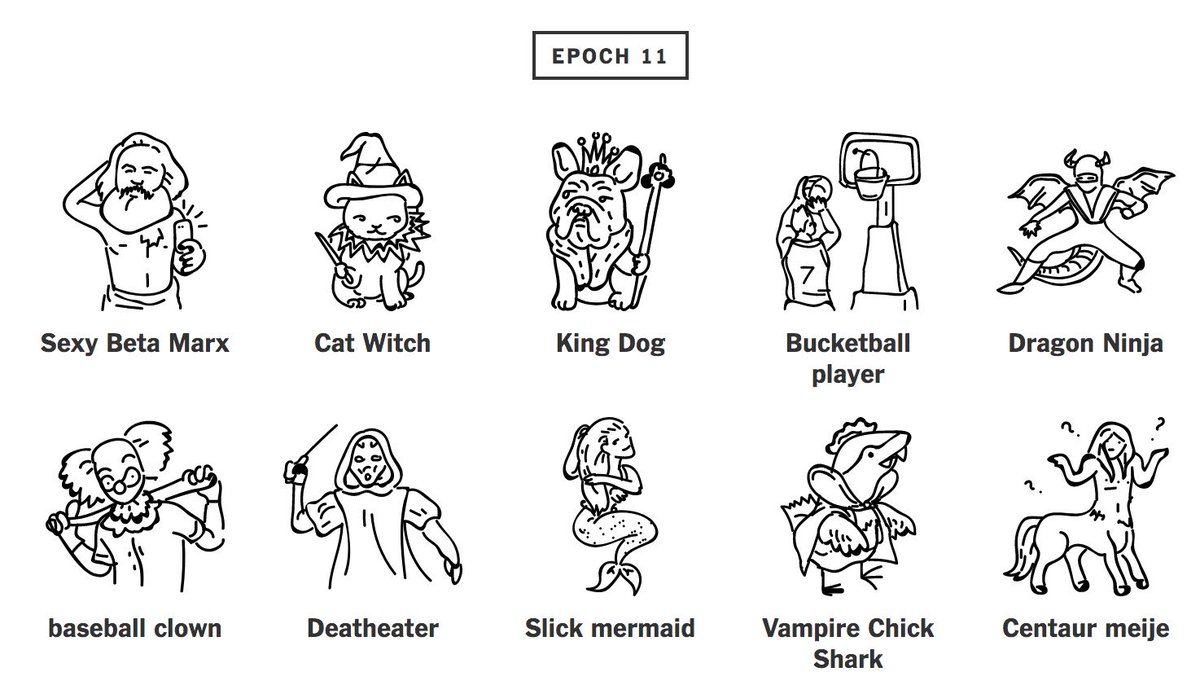 My 2019 Halloween costume attempt uses the same dataset, but a neural net (GPT-2-355M) that has picked up a lot of context from the internet.

This is most obvious here. It grabbed words like bitcoin & titmouse that weren't in the example costumes. Compare to 2017 (conchpaper??)

When I increase neural net sampling temperature, the output conforms less closely to the training data.

It is super interesting to see the form chaos takes in a small vs huge neural net.

Unfiltered text from 2017 char-rnn vs 2019 GPT-2, both trained on the same dataset of halloween costumes & sampled at chaotic 1.4 temperature.

reverting to nonsense vs to celebrity references 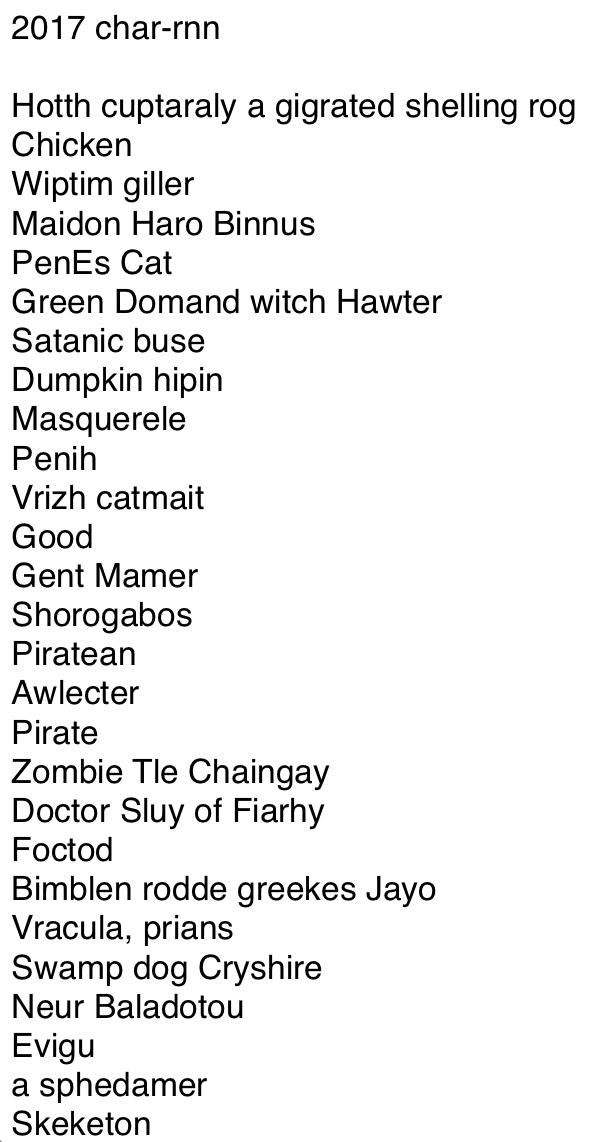 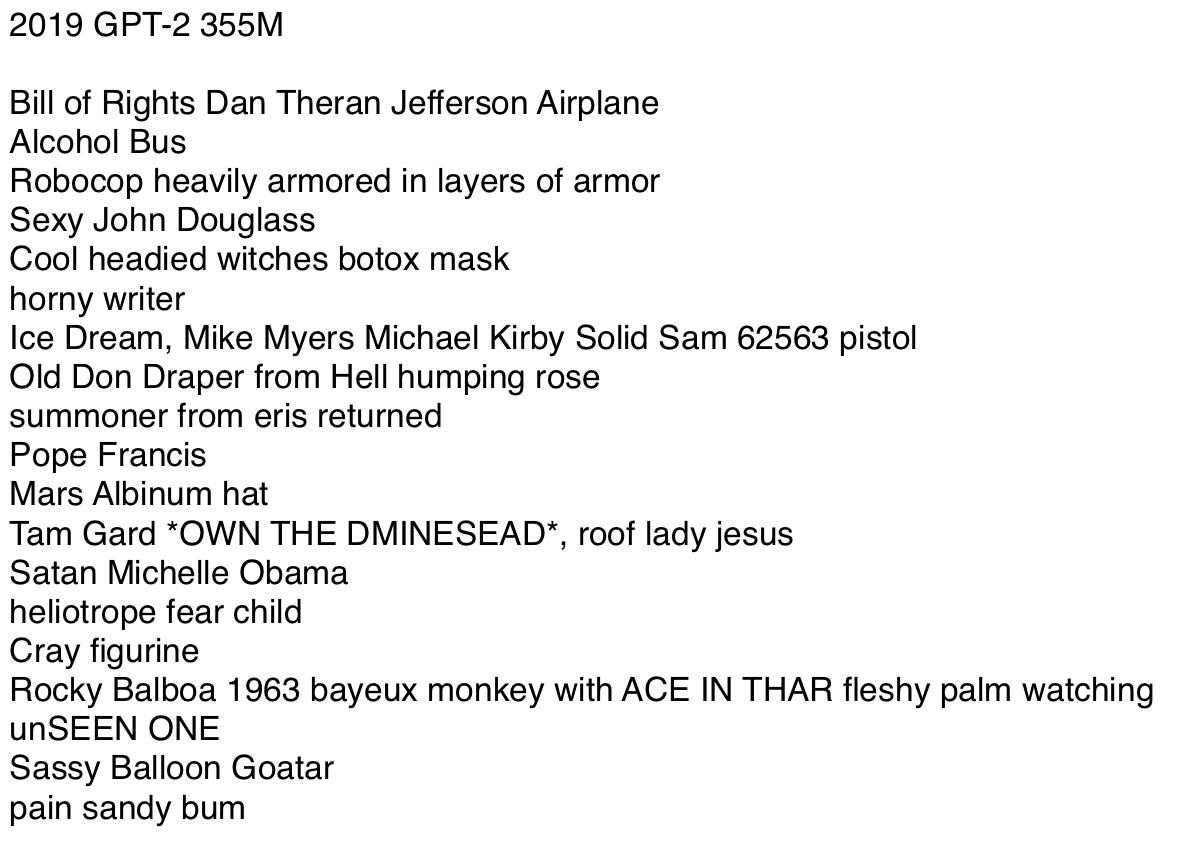 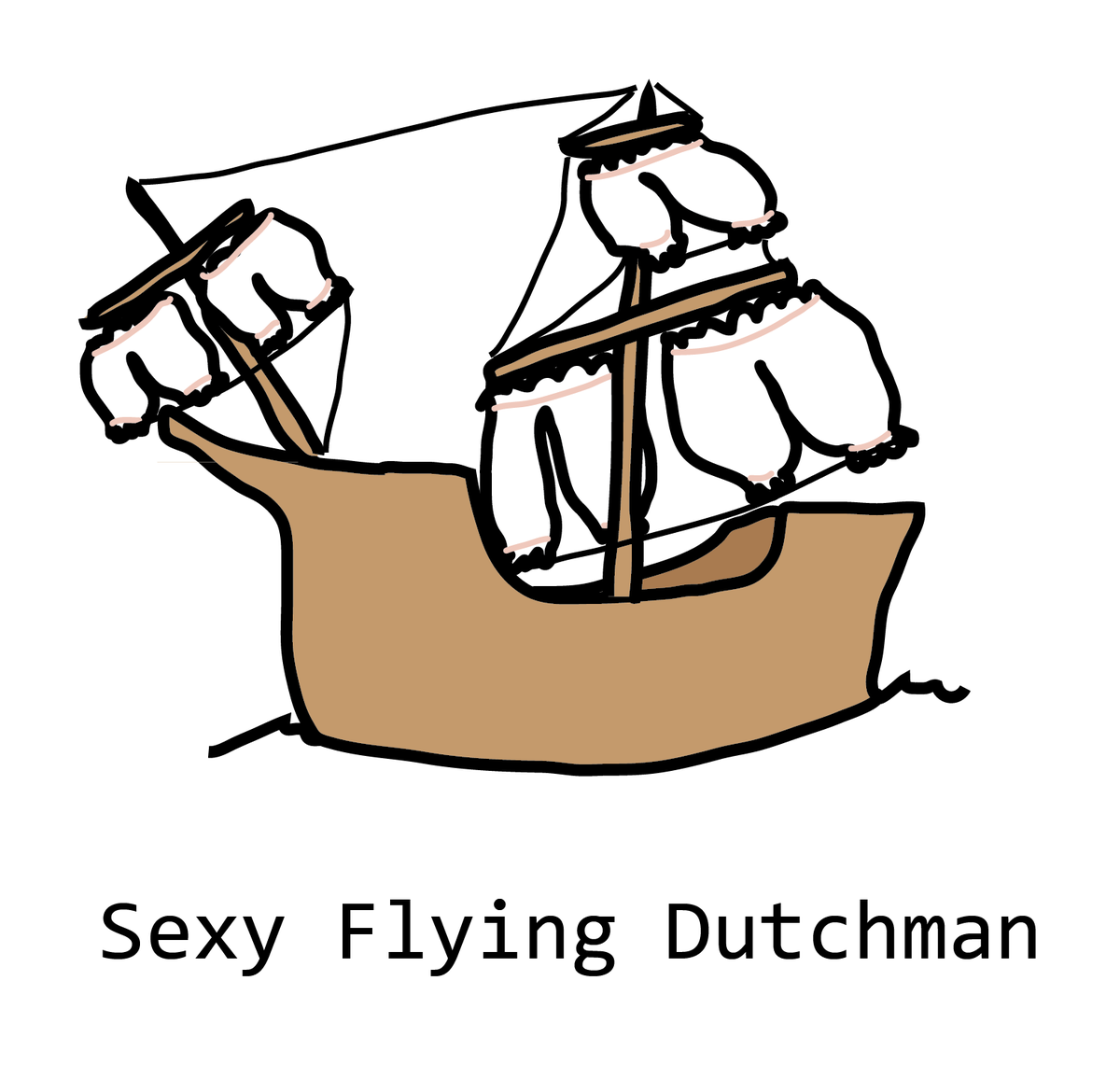