What changed is the focus of law enforcement.

Before the New Deal & Civil Rights legislation [white] men could pretty much do whatever they wanted.

2/ They could grab land (the frontier)

MAGA means take us back to those days.

3/ The sons of rich men went to Harvard.
Before minimum wage and the 40 hour workweek, working people had no way to break out of poverty.

The New Deal changed that by setting up regulatory agencies to stop the cheating and price fixing that kept the rich rich and the poor poor.

“Conservatives” have been trying to dismantle tho regulatory agencies, targeting social security, for example.

The women’s rights and Civil Rights movements sent conservatives into a panic.

This law review article explains that Nixon and Reagan’s Tough on Crime policy was a “backlash against the Civil Rights Movement.”
https://scholarship.law.berkeley.edu/cgi/viewconten

6/ Nixon and his pals saw the Civil Rights and Women’s Movement as a time of chaos and disruption.

“The whole problem is really the blacks,” said Haldeman. . .

7/ “The key is to devise a system that recognizes this while appearing not to.” (Haldeman)

The difference between Trump and previous GOP leadership is that Trump has made the subtext text.

Trump calls it what it is: White supremacy.

This is has many Republicans rattled.

Trump campaigned on a promise to destroy the “deep state," meaning laws and agencies that curtail [white] men's "liberty"
https://www.nationalreview.com/2019/03/deep-state-federal-bureaucracy-trump-campaign/ …

9/ When Trump said in Michigan in 2017 that all our laws are stupid, he meant the laws that prevent him from doing whatever he wants.  https://www.mlive.com/news/erry-2018/04/bab779dc196618/ten_highlights_from_donald_tru.html …

10/ So the targeting of these agencies by the far right is not new.

You can dismantle the agencies slowly.

Or you can bring in a human wrecking ball.

Trump is a human wrecking ball.

Barr and Trump's other pals are openly (and gleefully) destroying the agencies they hate.

11/ McConnell & pals closed their eyes to Trump's Russia connections because they know their interests Russia are tightly aligned.

Trump is making it hard for them to close their eyes to Trump's Ukraine's scandal . . .

Trump's brazenness has GOP leaders stumped.
Some see it as a virtue: No dishonest hiding of motives. Notice the use of "integrity" here:


They like what he’s doing.
They're uncomfortable with how he’s doing it.

Twitter economics:
Will write for free in exchange for gifs, likes, and knowing I'm helping.

I have a teenager, so mostly I'm used to eye-rolls when I speak 😉

I think this belongs on this thread.
When the subtext becomes text, people are forced to decide.

Yes exactly. The far right wing has been open about their goals and motives.

But the leadership followed Haldeman's advice and obscured their real purpose: Return to the oligarchy of the 1920s when relatively few families held disproportionate power.

Trump gives the working class part of his base what they want more than economic advancement: A fight against their "enemies"

Trump (and the Confederacy) kept minorities in their place from a belief that white men belong at the top of the hierarchy. 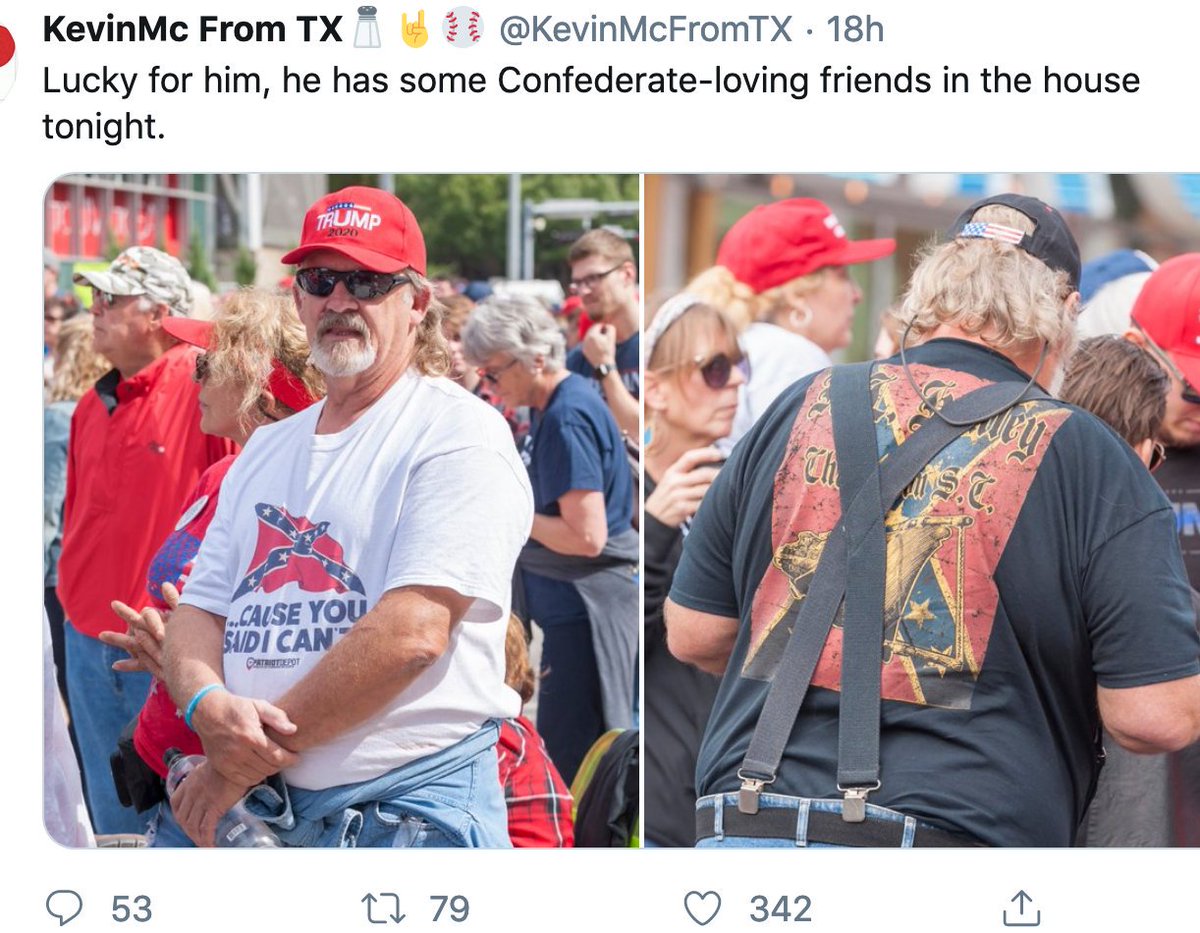 All my threads are also blog posts.

I changed the title of this one. It's here:  https://terikanefield-blog.com/trump-makes-the-subtext-text/ …